Princess Charlene of Monaco has spoken for the first time about her long battle with ill-health, admitting: ‘The path has been long, difficult and very painful.’

The 44-year-old spent almost a year away from the Mediterranean principality in her native South Africa, undergoing treatment for an unspecified condition.

She then booked into a clinic in Switzerland, leading to fears that she would find it had to return to Royal life with her 64-year-old husband, Prince Albert.

But in a soul-searching interview in the latest Monaco-Matin, the Princess said she was determined to overcome her problems.

‘My state of health is still fragile and I don’t want to go too fast,’ she said. ‘The path has been long, difficult and very painful.’

Referring to her seven-year-old twins, Gabriella and Jacques, Charlene said: ‘When I returned to the Principality, I focused all my energy on my children, my husband and my health because they are my priority.’

Denying rumours about a possible divorce or a permanent move to Switzerland, she said: ‘I am very happy to be back home in Monaco and with my family.’

She said she was particularly glad to have gone to the Monte Carlo Fashion Awards with Gabriella on Tuesday.

Talking lovingly about her daughter, Charlene said: ‘She was not at all nervous, but rather amused that she could take part in a stage show!’

Charlene first fell ill in South Africa in May 2021, during what was meant to be a 10-day visit.

Complications from a sinus operation led to her staying in her native country for 10 months, and there have been rumours about the state of her marriage ever since. 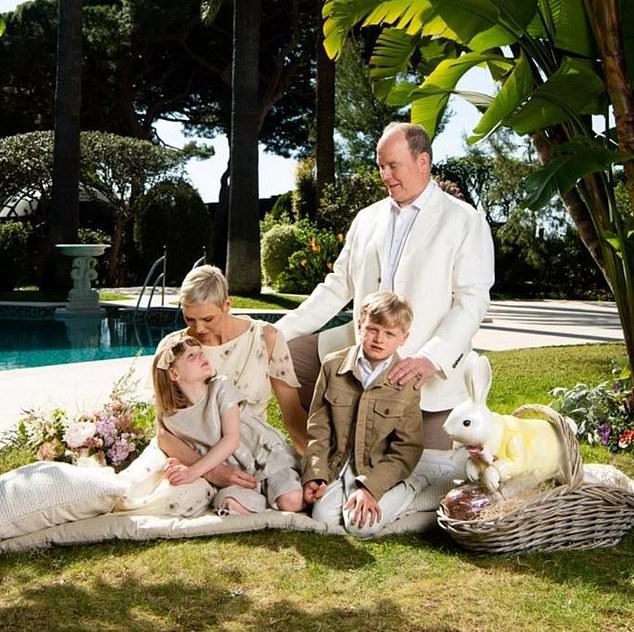 Addressing them directly, Charlene told local reporters: ‘You want to talk about rumours of divorce, or my new home in Switzerland?’

‘I still find it regrettable that certain media peddle such rumours about my life, my relationship,’ she said.

‘Like everyone else, we are human beings, and like all human beings we have emotions, weaknesses, only our family is exposed to the media and the slightest weakness is relayed.’

There had also been claims by leading French media that Albert had signed an ‘ultra-confidential contract’ to pay his wife more than £10m a year to fulfil her Royal duties.

But Charlene instead described him as ‘my protector,’ saying: ‘We discussed these malicious articles together and he did everything to protect me and our children.’

Charlene said: ‘I’m very happy to be back home in Monaco and with my family. I received so many positive and warm messages when I was away from Monaco, and I thank them for their support.’ 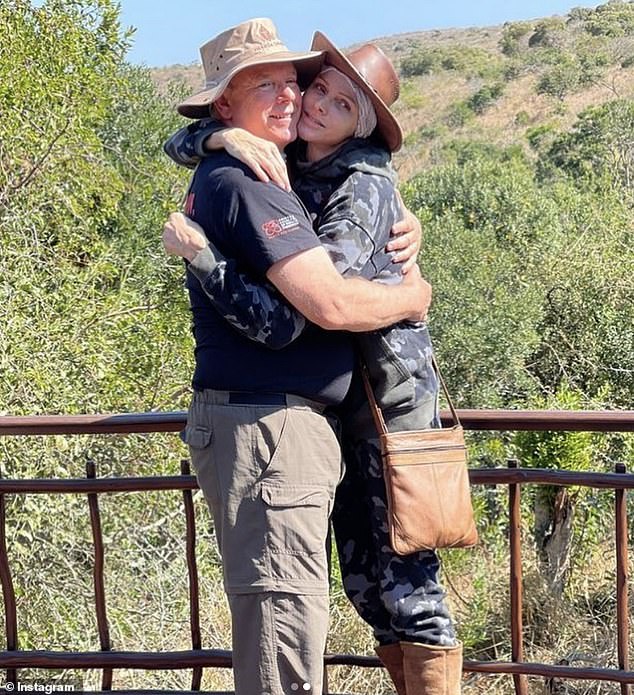 Pictured: Albert and Charlene pictured together during her time in South Africa in August 2021

Asked whether Gabriella shared her love for fashion, Charlene said: ‘Like all little girls her age, Gabriella loves princess dresses, doing her hair and even trying on my lipsticks. Gabriella has her own style and I like to encourage that individuality.’

There have been reports of a rift between the Prince and Princess ever since their high-profile marriage in 2011.

At the time, Charlene was dubbed the ‘Runaway Bride’ by the French media after allegedly trying to flee before the wedding, but the reports were always denied.

Distinguished Royal expert Stephane Bern is among those who have speculated that Charlene’s health is often used to try and disguise relationship problems.

‘The Palace has had to invoke a suffering princess so often that the Monegasques today find it hard to believe,’ he wrote in Paris Match last year. ‘By crying wolf, the mother of Jacques and Gabriella has discredited and isolated herself.’

Albert was hit with a legal claim for cash by an alleged illegitimate child in December 2020, and soon afterwards Charlene shaved half her head in the style of a punk rocker.

There were allegations that Albert had fathered a love-child with an unnamed Brazilian woman during the time when he and Charlene were already in a relationship.

The woman said she met the Prince in a nightclub in Rio de Janeiro in 2004, and that their daughter, who is now a 16-year-old Brazilian schoolgirl, sent a handwritten note to Albert.

In turn,Albert’s legal team branded the allegations ‘a hoax, and they never went to court – prompting speculation that the case was settled privately.

The Prince has admitted fathering two other children out of wedlock – Jazmin Grace Grimaldi, who is now 30 and the result of Albert’s affair with an American estate agent, and Alexandre Coste, 18, whose mother is a former Togolese air hostess.

Both children were struck off Monaco’s line of succession in return for financial settlements.