Princess Diana was heard opening up about her ‘grim’ marr­iage split in a secret recording of a call with George Michael.

She told him the Royal Family was ‘not very loving’ in the chat about her divorce from Prince Charles.

As well as complaining about the pain of her bitter divorce battle with Prince Charles, she joined George in taking the mickey out of Sir Elton John.

The conversation was recorded during her divorce battle with Prince Charles but has only now emerged in The Sun.

The Princess of Wales can be heard taking a swipe at the royals and gossiping during the late-night chat.

A previously unheard tape of the call reveals her joking about George ‘playing gooseberry’ during a visit to Elton and his partner David Furnish.

The conversation took place in July 1996 after he rang to wish her happy birthday while high on cannabis.

Their call was recorded by an answering machine at George’s Hampstead home in North London and reveals how he became Diana’s closest confidant. 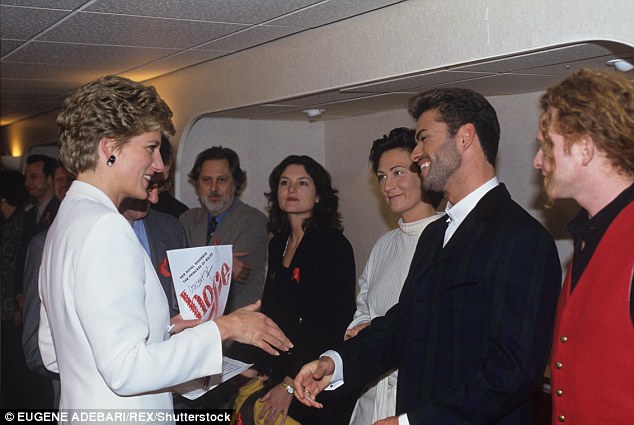 The singer gave the tape to his childhood pal Andros Georgiou, who was in the house with him during his chat.

Andros, 55, said: ‘George handed me the tape and said, “Here’s your retirement present”.’

Diana, who was killed aged 36 in a car crash the next year, is heard telling George: ‘It’s been pretty grim, but we’re near the end of it.

‘Not a very loving, compassionate family, this one I’m leaving.’

She first met the ex-Wham! star backstage at a concert in 1989, growing closer to him as her marriage collapsed.

The princess poured her heart out to him in a series of private meetings and phone calls. 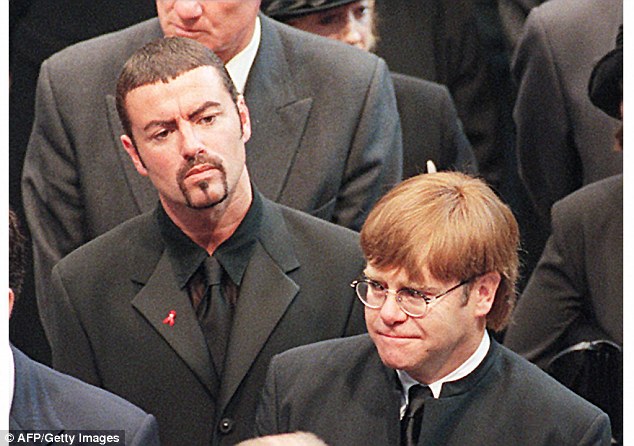 Their phone chat gives rare insight into the heavy toll taken by intense legal meetings as Diana and Charles tangled over divorce terms.

She is heard telling George: ‘I’m going to get three quarters of what I want and the quarter he can’t have, so there you go.’

But the princess tells him the strain from the divorce is too much.

‘George, can I wait until this has all quietened down?

Diana then tells him she saw him in a TV docum­entary on Sir Elton tit­led Tantrums And Tiaras.

She watched it the night before, while George had been in­vited to Elton’s home to watch it. 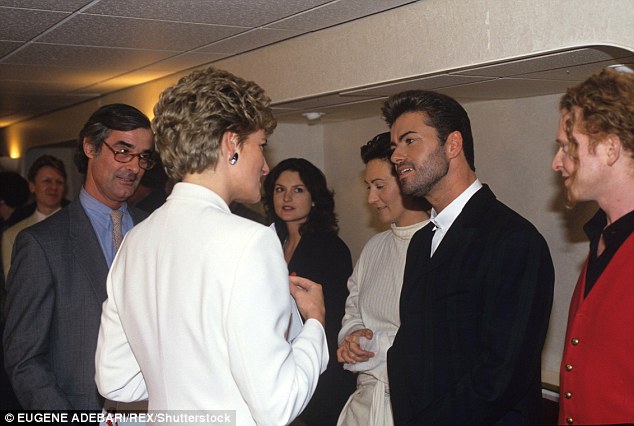 Diana laughs about the star ‘playing gooseberry’ before George replies: ‘I must admit I was kind of horrified. I thought it was very entertaining — I laughed my head off all the way through.

‘But how are people going to react? We all know him, you know, his lifestyle, but they don’t see all that detail, do they?’

Diana jokes about Elton’s ‘excessive’ moving wardrobe, saying: ‘That got me.’

George says: ‘And that shot they had in of his stuff in Atlanta with those hundreds of rows of shoes and everything.’

They laugh as Diana quips: ‘Imelda Marcos eat your heart out.’

She asks George if life is treating him ‘kind­ly’.

The recording had been kept in a safety deposit box since George — found dead at 53 last Christmas Day — gave it to his friend Andros.

Shortly after the chat, Diana reached a settlement with Charles.

She bagged a £17.5million lump sum but was stripped of the title Her Royal Highness.

It was seen as a snub by the royals, who Diana said ‘never liked her’.

Andros met Diana with George several times and said the princess was attracted to the singer.

‘She invited George to Kensington Palace for what she called “a chinwag”. 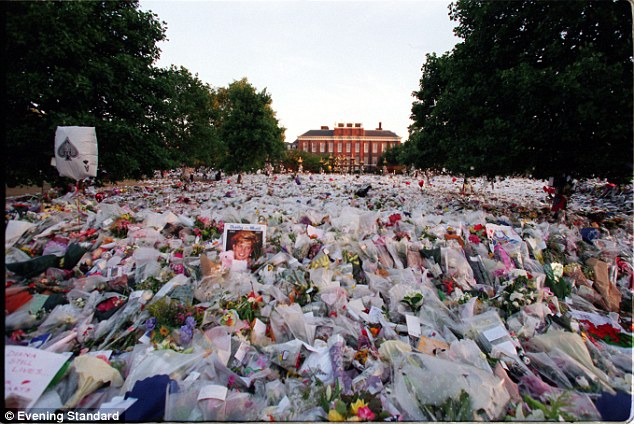 ‘He said she made a point of touching his arm and her hello and goodbye hugs lingered.

‘George told me, “Nothing happened, but it could have. If I wasn’t gay, I would”.

‘Instead they became very close friends. She often confided in him about how unhappy she was with Charles during their meetings.

‘They had a very honest friendship. On his third visit to Kensington Palace, they drank a bottle of wine tog­e­ther and George was so drunk she offered him a room for the night.

‘This was about two years before she and Charles officially separated.

‘She told him their marriage had been an arranged one and that, as she’d been so young, she’d no real idea of what she was getting into.

‘Although Camilla was never mentioned by name, she confided that Charles didn’t love her as he was “still in love with his ex”.

‘Diana loved being a mother and lit up when she spoke about William and Harry, but said she had never felt like a wife. She was obviously very unhappy and we both felt desperately sorry for her.

‘She was such a special, lovely person and she should have got that love back.’

Diana last met George months before the phone call at a private dinner party at Sir Elton’s home in Windsor.

And Andros, who attended with George, said she was happier after the divorce.

‘After the separation in 1992, she seemed far ­happier for a time. But the pain of the divorce still lay ahead.

‘She told George months before it was made public they’d go to the High Court. She didn’t want to, but told him she couldn’t live like this.

‘Her words were, “This isn’t what I bought into”. Just before it went to court, they had another conversation on the phone and George said she was very tearful.

‘She knew what she was facing — and didn’t want to face it. But she felt like a prisoner and she knew it was her only way out. She was desperate to live her own life and she needed to break free.

‘It was such a sad situation for such a good person to be in.’

After he revealed the existence of the taped phone chat, Andros was contacted by representatives of 88-year-old Harrods boss Mohamed Fayed.

He hoped it may shed light on the death of Diana and his son Dodi.

Andros said: ‘He flew me and my dad from LA to London so he could hear it.

‘Sadly for him, the tape didn’t have any of the clues he hoped for. It’s just an incredible piece of history that gives an insight into the friendship between Princess Diana and George — royalty and pop royalty.’