Princess Diana’s brother Charles Spencer has paid a sweet tribute to the Queen by sharing a picture of his father John Spencer in a Land Rover with Her Majesty and Prince Philip during a tour of Australia in 1954.

Charles, who is the 9th Earl Spencer, shared the snap on Instagram as part of a series of tributes to the Queen, who died on Thursday aged 96.

‘The Queen and Prince Philip in Australia during their immensely popular Commonwealth tour of 1953-4,’ he wrote.

‘My father, who was the Queen’s Equerry at the time, sits next to the driver in the front of the Land Rover.’

The rare photo shows three of Prince William and Harry’s grandparents together.

Diana’s father John Spencer, who died in 1992 aged 68, worked as an equerry to King George VI and Elizabeth II, and was said to have a close relationship with both royals.

Charles also revealed the flag at the Spencer family seat Althrop will remain at half mast until after Her Majesty’s funeral.

The flag was already in position to mark the 25th anniversary of Princess Diana’s death.

Queen Elizabeth II and the Duke of Edinburgh waving from the back of their Land Rover to a group of youngsters, as they arrive at the Children’s Display at Bundaberg, Australia, March 19th 1954

Princess Diana’s brother Charles Spencer has paid a sweet tribute to the Queen, by sharing a picture of his father John Spencer in a Land Rover with Her Majesty and Prince Philip during a tour of Australia in 1954 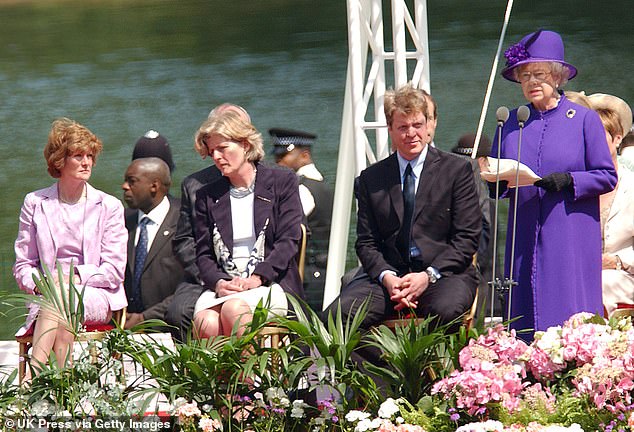 The Queen is pictured with Princess Diana’s siblings, Earl Spencer, Lady Sarah Mccorquodale & Lady Jane Fellowes at the unveiling  of the Diana Princess of Wales Memorial Fountain in London’s Hyde Park in 2004

The Earl often shares pictures on his Instagram to impart historical information about the Spencer family and British monarchy.

As The Queen lies in state in London, Charles also shared a picture showing George VI in Sandringham, one of King Charles III’s estates.

‘After the Queen’s father, George VI, died suddenly, in February 1952 – at the age of 56 – his coffin was placed in the parish church of the royal estate at Sandringham, with one of his gamekeepers – Messrs Clark, Dodd, Amos and Hook – standing at each corner,’ he wrote.

He also posted a picture of his father’s invitation to see the King lie in state from 1952. 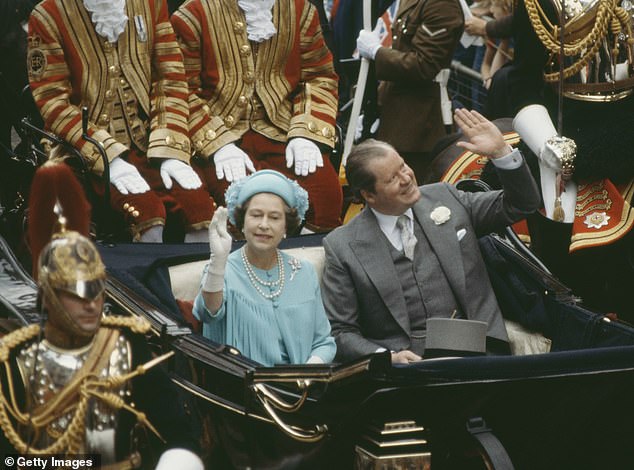 Queen Elizabeth II leaves St Paul’s Cathedral in a carriage with John Spencer, 8th Earl Spencer, after the wedding of her son Prince Charles to his daughter Lady Diana Spencer in 1981 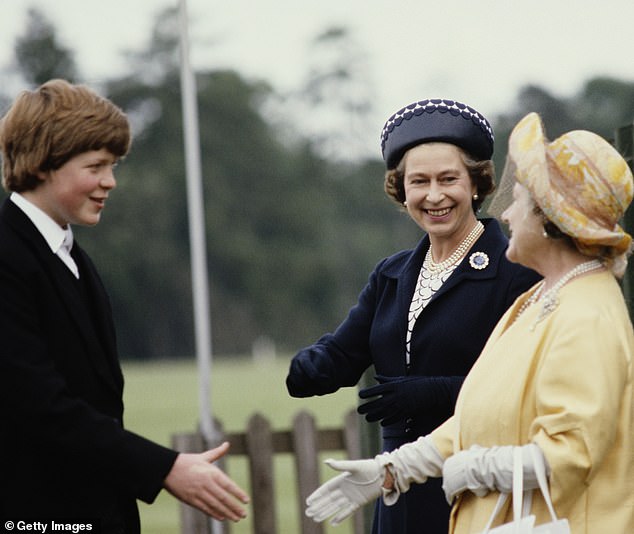 The Spencer and Windsor families have been connected long before Charles and Diana married. A young Charles Spencer is seen meeting the Queen and Queen mother in 1978 at the Eton Boys’ Tea Party

‘There was a Lying-in-State for the Queen’s father, King George VI, soon after his death 70 years ago, in February 1952. This is my father’s invitation to that, along with a briefing,’ he wrote.

The Queen’s Commonwealth tour of 1953 still marks as the longest royal tour in history, which saw her travel across the Commonwealth including to Australia, New Zealand, Fiji, Tonga, the Cocos Islands, Ceylon, Aden, Uganda, Malta and Gibraltar.

Such was the trip’s scale that on the eve of her departure Sir Winston Churchill moved a humble address in the House of Commons in which he declared: ‘This will be the first time in history that a British sovereign has circumnavigated the globe.’

The visit was six months after the Coronation and lasted six months. The Queen was just 27 and Philip 32. 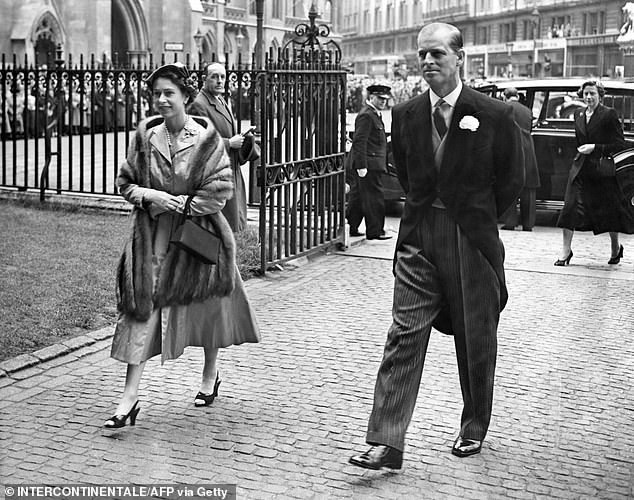 Diana’s father John Spencer, who died in 1992 aged 68, worked as an equerry to King George VI and Elizabeth II, and was said to have a close relationship with both royals. They are pictured at his wedding in 1954

In the course of the trip she opened seven parliaments, held 11 investitures, made four broadcasts, attended 223 receptions, banquets, balls and garden parties, laid 15 foundation stones, made 157 speeches and listened to another 276. God Save The Queen was sung 508 times.

She shook hands some 13,213 times, received 6,770 curtsies and accepted 468 gifts. The printed schedule of her many engagements ran to 130 small print pages.

The Queen took along an entourage of 40, from ladies in waiting and private secretaries to maids and footmen, and the accompanying luggage was said to have weighed 12 tons.

In all, they were away from home and her young children – Prince Charles, five, and three-year-old Princess Anne – for 173 days, including Christmas Day.