Happy birthday my Jack! Princess Eugenie marks her husband’s 36th birthday with two sweet snaps as she swoons about ‘what a journey it’s been’

The royal, 32, who shares her son August, 15 months, with businessman Jack, marked the ‘journey’ the couple have been on with snaps that appeared to be from exotic locations.

Prince Andrew and Sarah Ferguson’s youngest daughter looked relaxed in the two couple pictures, including one snap where her husband and her both sported sunglasses in an unknown sunny location.

Eugenie’s particularly affectionate message included several heart-eyed emoji and referred to her husband as ‘my Jack.’

Princess Eugenie, 32, marked the 36th birthday of her husband Jack Brooksbank with two snaps on Instagram

The first pictures showed Eugenie and Jack beaming in a selfie taken outdoors, while she doesn’t say where the snap was taken palm trees can be seen in the background suggesting it’s somewhere exotic.

The 32-year-old royal was wearing a pair of round glasses she’s worn several times before, and a blush pink jacket in the picture, while Jack sported a white T-shirt under a green parka.

Eugenie’s hairdo revealed a pair of trendy golden hoop earrings and she looked fresh-faced with no makeup on.

The second picture was another selfie which showed the parents-of-one onboard a plane and wearing face masks. 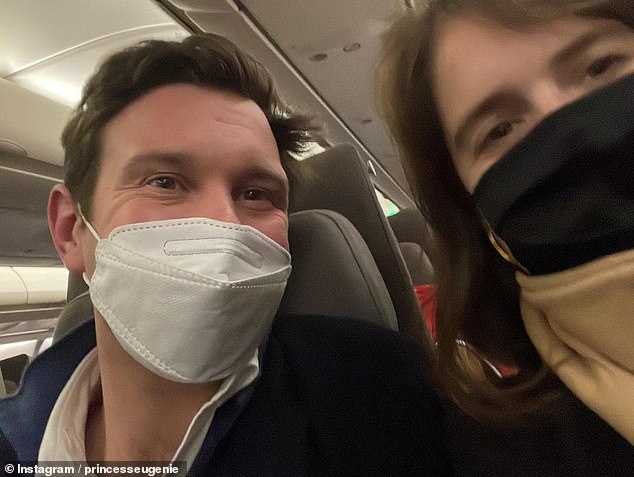 One snap, which was undated, showed the couple in a selfie onboard a plane while wearing  masks

The love birds, who have been married for three years and a half, looked as happy as ever in the snaps.

‘Happy birthday to you my Jack. 36 years today. What a journey it’s been so far. Can’t wait for so many more,’ Eugenie penned in a caption accompanying the two snaps.

Eugenie, who has been busy launching her very own podcast with her charity the Anti-Slavery Collective, has been also been updating fans on her family news as of late.

Earlier in April she shared an adorable snap with her son August taking his first un-aided steps over the Easter weekend.

The photo showed Eugenie and husband Jack, 35, with their 14-month-old son in a field of daffodils. 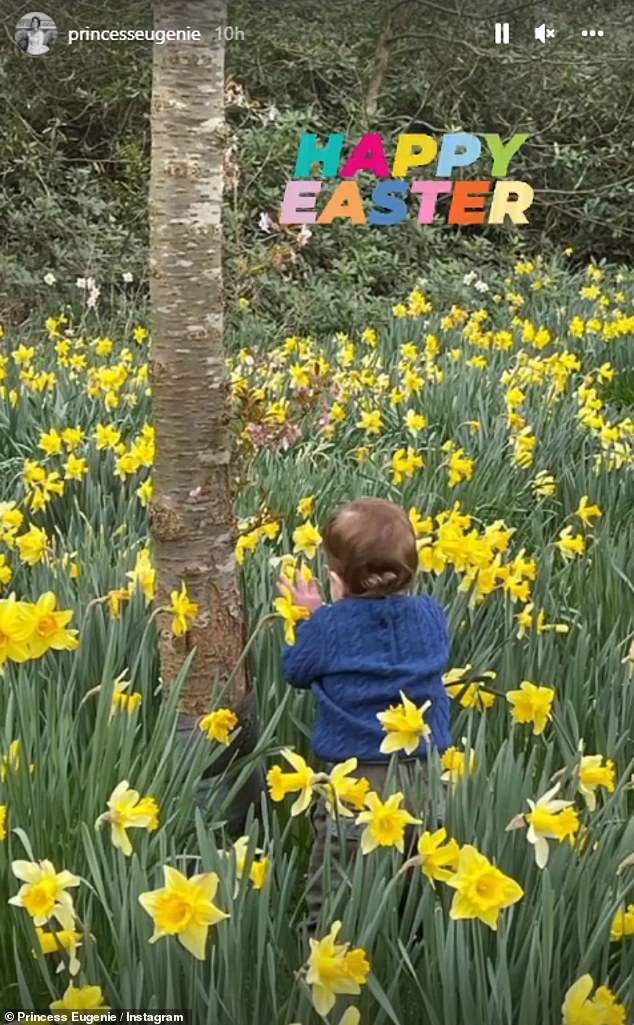 The Queen’s granddaughter posted the snap to her Instagram stories with the caption: ‘Happy Easter’ 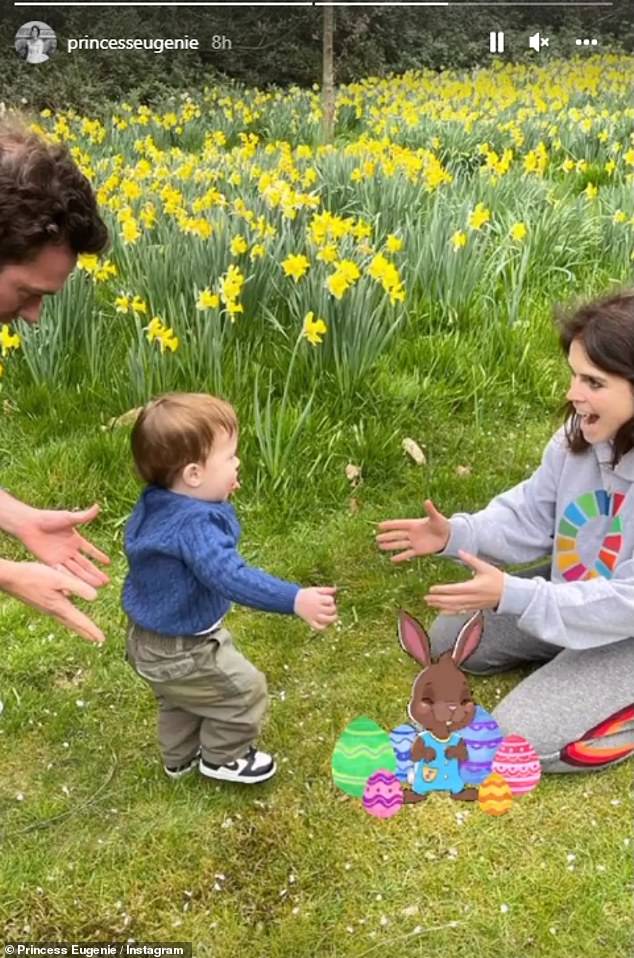 Princess Eugenie has shared an adorable snap with her husband Jack, 35, and their one-year-old son August taking his first steps captured on camera over the Easter weekend on Instagram

While a previous snap showed August walking while holding his parents’ hands, it looks like the youngster had make huge progress and could now toddle on his own.

The snap captured August as he tentatively toddled from Jack to his mother as they  played in a park.

Eugenie opted for comfort for the casual day out with her family as she donned a grey tracksuit with rainbow detailing.

The tot looked adorable in khaki trousers and a navy knit cardigan which was paired with Nike trainers.

Another wholesome snap showed August playing in a field of bright yellow daffodils.