‘I realised I could help others by showing my scar’: Princess Eugenie reveals how ‘bombshell’ trauma of having spinal surgery as an 11-year-old left her feeling ‘angry’ and inspired her wedding dress

Princess Eugenie has revealed her trauma at having a spinal operation as an 12-year-old girl as a result of her scoliosis.

The Queen’s granddaughter said that the life-changing operation left her feeling ‘angry’ and ’empty’, but she learned to accept her ‘visible difference’ opting to show her scar to the world on her wedding day in October.

In an interview with the Daily Telegraph, the Princess said she was left ‘reeling’ and scared at the thought of being ‘different’.

Princess Eugenie of York arrives at St George’s Chapel in Windsor Castle ahead of her wedding with Jack Brooksbank, bearing her scar for all to see

At the age of 11 Eugenie was told she would need surgery and when she was 12 she had titanium added to her spine to rebuild it as a result of a curvature.

The Princess told the paper: ‘I believe scars are like memories that tell a story on your body, that remind you how strong you had to be, and that you survived to talk about it.’

At the time of her surgery, where doctors essentially break and rebuild the spine, Buckingham Palace downplayed it as minor but after an eight hour operation, titanium rods inserted, the young girl was left with a prominent scar.

It is this scar that Eugenie chose to show the world at her wedding to Jack Brooksbank at St George’s Chapel. 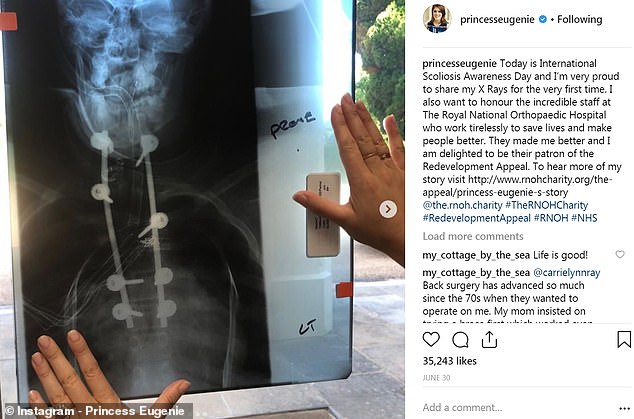 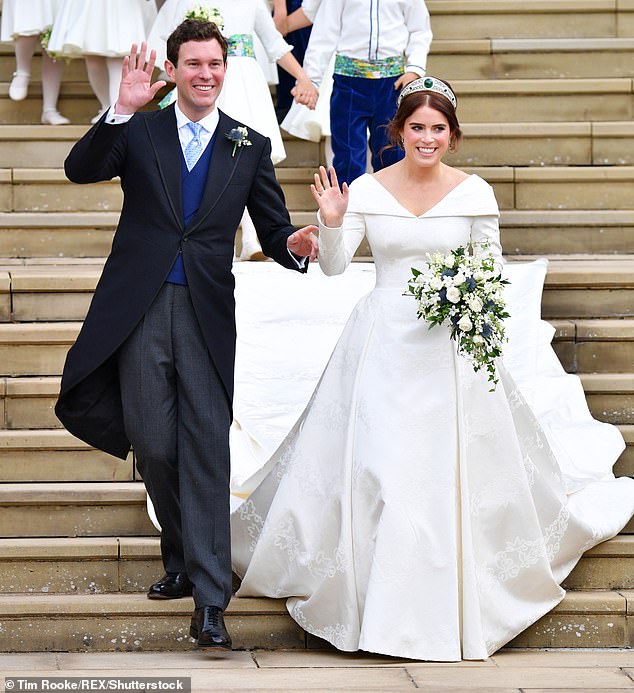 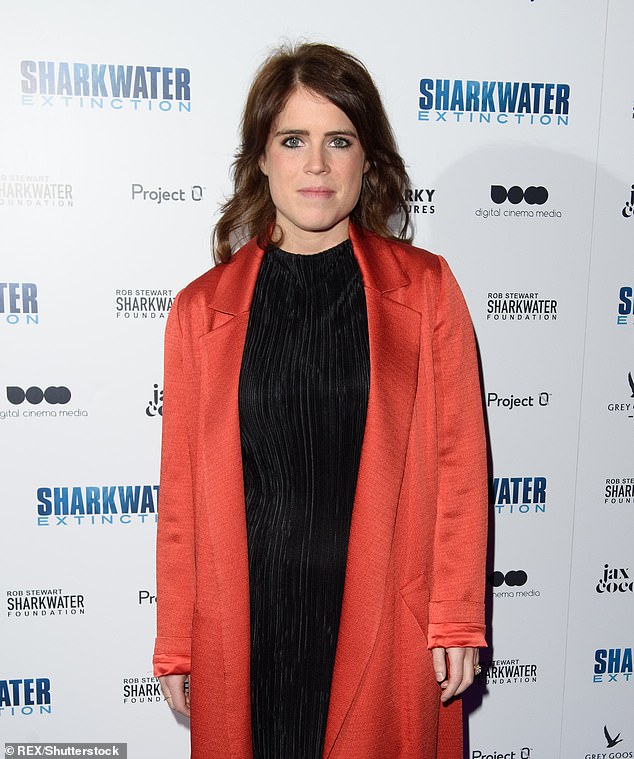 The Princess of York said: ‘I believe scars are like memories that tell a story on your body’

The doctor who performed her surgery was even in attendance at the ceremony, invited by Eugenie.

Speaking about the operation, the 28-year-old said: ‘There are so many emotions and worries that go thundering through your head.

‘Will I be able to play sports, or will I look the same, or will I miss a lot of school and be behind? I remember being angry about not being able to run and play.’

After a tumultuous few months where the young Princess had to be turned gently in bed and wear a brace, she went back to school and said she always had total faith in her doctor’s and parent’s assertions that she’d be OK.

The Princess, now a patron of the Royal National Orthopaedic Hospital, said she wasn’t always so open about her scar and did ‘everything to hide it.’

She then began to wear her scar with pride, culminating in her showing her scar to the world in October.

She said: ‘I remember going back to the Royal National Orthopaedic Hospital and showing a little girl who couldn’t sit up from her operation.  Her eyes grew so big and eventually a huge smile lit up her face when she saw I had a huge scar and was standing up tall in front of her.’

Eugenie said her wedding dress had to show the scar, which she described at the ‘centre point’ to her outfit and that a veil would take away from her scar.

The Princess also sent a message to young girls, saying: ‘Be proud of the story you can tell and inspire people with.’