When, in 1930, Her Royal Highness the Princess Margaret was born, there were 41 gun salutes from the Royal Horse Artillery in both Hyde Park and the Tower of London, together with a loud ringing of the bells in St Paul’s Cathedral and Westminster Abbey.

‘Ma’am Darling’, as the Queen’s sister was called by her intimate friends, was never to cause such official jubilation ever again.

Indeed, the best mark of public recognition and affection Craig Brown has been able to find is that, in Margate, there is a Princess Margaret Avenue, where the headquarters is situated of the mobile hairdresser Haircare At Home By Sharon.

The intricate details of the life of Princess Margaret (pictured) are uncovered in new biography by Craig Brown, revealing her grand personality and lavish lifestyle

In this glittering satire of the treacly Royal Biography genre, poor old Princess Margaret comes across as ‘a nightclub burlesque of her sister’, who thoroughly enjoyed being able to ‘act imperiously, make her presence felt, pull well-wishers up short, and set strangers at their unease’.

It delighted her to rub in the privileges bestowed by birth: ‘I am unique. I am the daughter of a King and the sister of a Queen,’ she’d say as a way of not breaking the conversational ice. Indeed, she could ‘freeze a daisy at four feet simply by looking at it’.

Princess Margaret always liked to arrive late, ‘delaying dinner to catch up with her punishing schedule of drinking and smoking’. No one could make their departure, either, before she’d gone. ‘No one leaves my presence until I give them permission to do so,’ she’d bark. When a pregnant lady groped for a chair, she said: ‘One does not sit before Royalty sits.’

Princess Margaret thought her own grandmother, Queen Mary, a bit common — the daughter of a German duke, she’d only married royalty and possessed no intrinsic first-class royal blood.

Queen Elizabeth the Queen Mother, the daughter only of a Scottish earl, was similarly looked down upon and treated needlingly. ‘I’m quite used to it,’ the Queen Mother sighed with forbearance. 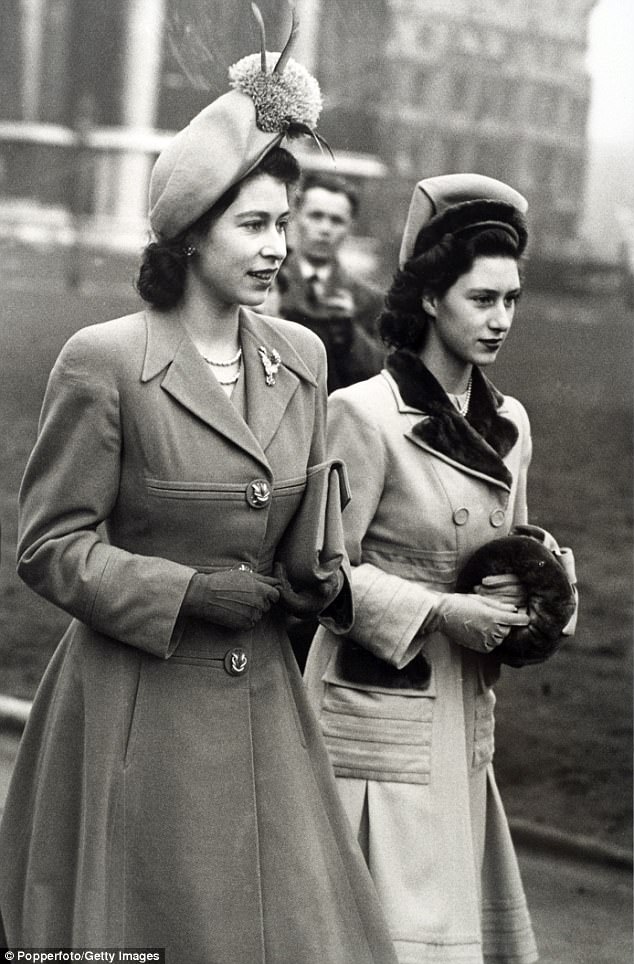 When Princess Margaret told her: ‘I can’t think why you have such a horrible place as the Castle of Mey,’ the widow of George VI replied: ‘Well, darling, you needn’t come again.’ Everyone had to be subservient to Margaret. Friends had to address her as Ma’am. Even her children had to refer to her publicly as Princess Margaret, never Mummy. When Derek Jacobi offered his lighter, she snarled: ‘You don’t light my cigarette, dear.’

Water had to be Malvern — never out of a tap. Whisky was Famous Grouse. Or else. There was no such thing as scrambled eggs. ‘We call them buttered eggs.’ Brown says ‘there was always an element of Hyacinth Bucket about her’, as she stood on ceremony, ruffling feathers and saying the wrong thing. She once asked a chap hobbling about on sticks: ‘Have you ever looked at yourself in the mirror and seen the way you walk?’

The explanation for her behaviour isn’t hard to work out. She was trying to be important, because her sister the Queen was and she wasn’t. 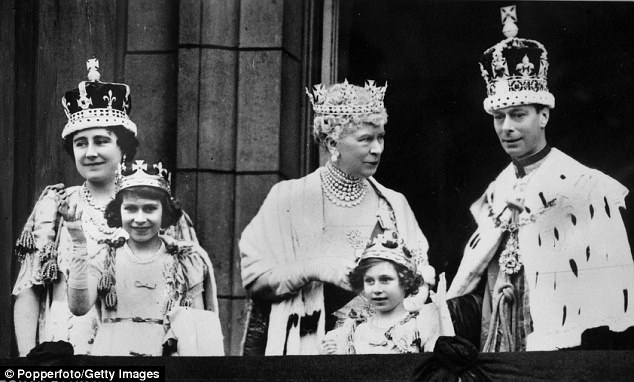 The Princess never learned to drive, operate a washing machine or put out the bins

Ambassadors hated her visits to embassies, where she lost no time ‘making her displeasure felt’. On a visit to Matlock, where a dish of coronation chicken had been prepared for her, she sneered: ‘That looks like sick.’ She also declined to go on tours it had taken people ages to arrange. Wherever she was in the world, the Princess rode in a Rolls-Royce with a specially raised floor ‘to make her look taller’, and demanded motorcycle escorts and government helicopters.

Looking grumpy as she opened pumping stations and Girl Guides huts, Her Royal Highness the Princess Margaret may generally be characterised, writes Brown, by ‘her lack of desire to please’, and she took a perverse delight in finding things not up to scratch. She attended charity balls and premieres and went to the Royal Ballet. As Brown says through gritted teeth, here was a woman so pampered, she never in her entire life had to put out the bins, book a ticket online or trudge around a supermarket with a 12-pack of toilet paper.

Princess Margaret never learned to drive, nor operate a washing machine. When she once inadvertently went through an airport security barrier, her corsets set off every alarm.

The tone of Brown’s book, however, isn’t excoriation, but pity. Brown sees Ma’am Darling as an almost pathologically lonely figure, never happy in herself. As a child, her mode of communication was the tantrum. 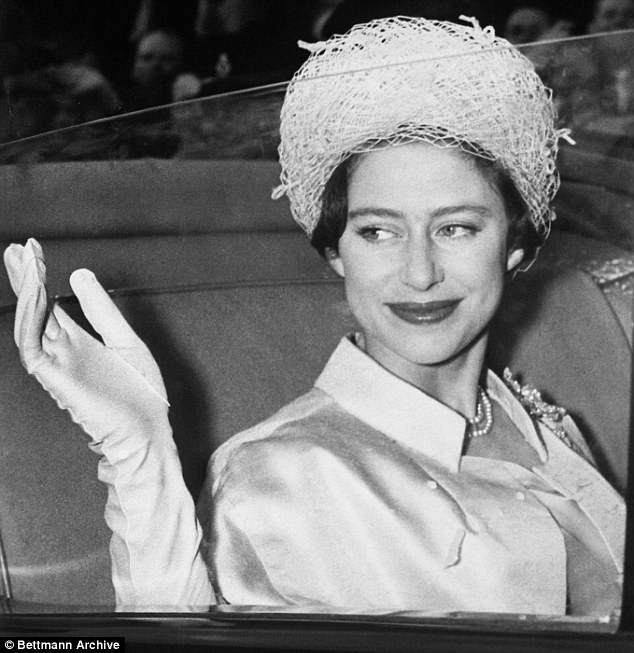 Her loyal nanny, Crawfie, having published anodyne stories about ‘the little princesses’ in American magazines, was banished from her side and not even sent Christmas cards. When Crawfie died in 1988, ‘wreaths from the Royal Family were nowhere to be seen’.

He later went on to marry a Belgian, Marie-Luce Jamagne, who, when he first met her, was only 14. Anyway, Princess Margaret was never going to renounce her royal rights and forgo her unearned income — it was a pragmatic decision she made. With no real role in life, the Princess believed she could plunge into ‘the glittering world of bohemia’, mix with the camp types she thought she liked. They did nothing save snigger behind her back. Brown, having scoured the diaries of Andy Warhol, Roy Strong, Cecil Beaton and James Lees-Milne, notes they went out of their way to be catty.

‘A poor midget brute’ is one of the descriptions scribbled down. ‘Fat, ugly, dwarflike, lecherous and revoltingly tastelessly behaved Princess Margaret’ was a jotting of Alan Clark’s. 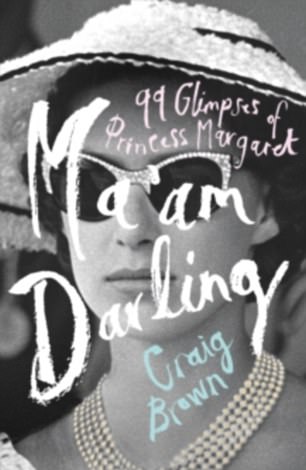 When, at a reception, the Princess began singing Cole Porter numbers, painter Francis Bacon started to boo. ‘Someone had to stop her,’ he reasoned. ‘I don’t think people should perform if they can’t do it properly.’ Her voice was notoriously high-pitched, with ‘yes’ coming out as ‘ears’ and ‘no’ as ‘nyair’.

Thinking she was impersonating Spike Milligan, Michael Holroyd once said: ‘If I may say so, Ma’am, I think that’s your funniest yet.’ Princess Margaret was speaking in her normal voice.

In this milieu, Princess Margaret met Antony Armstrong-Jones, the future Lord Snowdon, a jet-set photographer, described by Auberon Waugh as ‘a Welsh dwarf of artistic leanings’.

Brown presents Snowdon as the psychopathic husband in Gaslight, deliberately tormenting his wife.

Snowdon had a spiteful habit of flicking matches at her across the dinner table. He openly cheated on her with other women, and possibly other men. He enjoyed leaving charming little notes about their private quarters: ‘You look like a Jewish manicurist’ or ‘I hate you’.

Was there conceivably a sadomasochistic sexual game afoot? The Princess sought solace with Peter Sellers, who was delighted that her breasts were in the Sophia Loren class. There was also a guileless market gardener and pop singer, whose debut album sold 13 copies: Roddy Llewellyn. He stayed with the Princess at her villa on Mustique, which was ‘less Balmoral than a hen party on Ibiza’.

In her youth ‘exquisitely beautiful, very small and neat and shapely’, Princess Margaret became blowsy with age and attained ‘a Minnie Mouse look’. She scalded her feet in the bath, suffered a series of strokes and died, generally unmourned, in 2002.

When she was cremated in Slough, no crowds lined the route.