But with Crown Prince Frederik’s 50th birthday celebrations in full swing, the family couldn’t miss such a momentous occasion.

With Crown Prince Frederik celebrating his 50th birthday, all family have been around to enjoy festivities – including Princess Mary’s sister Patricia Bailey (pictured) who came from Tasmania 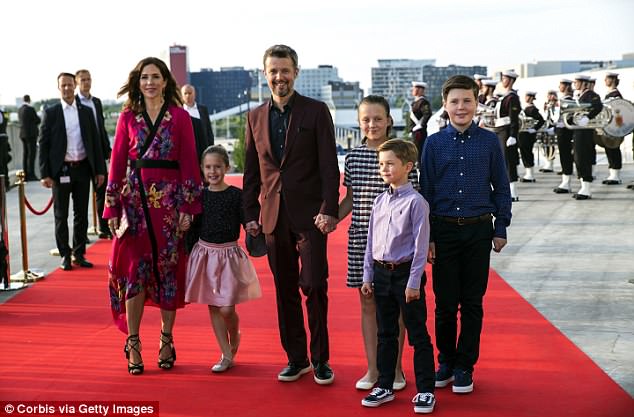 Alongside the Danish royals (pictured) and other friends and family, Patricia, 50, enjoyed a live broadcast of the TV show ‘All of Denmark celebrates the Crown Prince’ 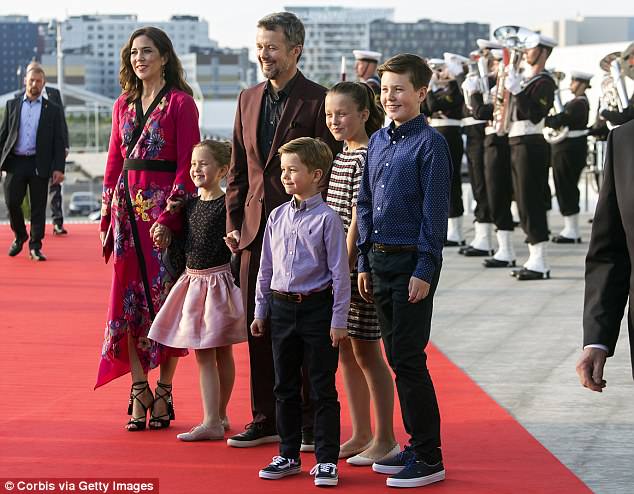 For the occasion, Princess Mary (pictured with her family) wore an elegant kimono-inspired dress, while her children were perfectly turned out on the red carpet 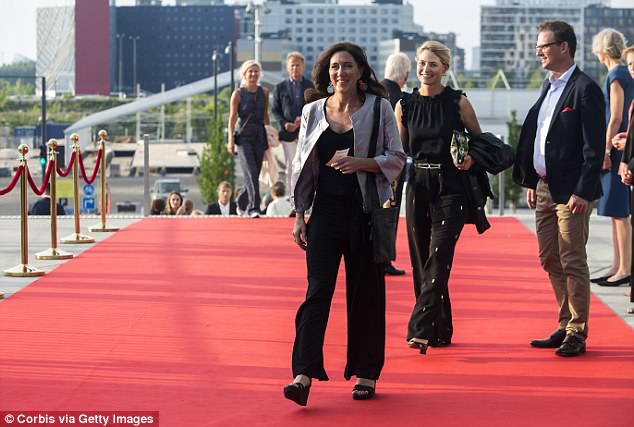 Patricia (pictured) – who still lives in Princess Mary’s birthplace of Tasmania – looked delighted to be involved in festivities, pairing a stylish black outfit with sandals and silver drop earrings

Alongside the Danish royals and other friends and family, Patricia, 50, enjoyed a live broadcast of the TV show ‘All of Denmark celebrates the Crown Prince’.

Some 12,000 people attended the show, where the bands and music were selected from the Crown Prince’s recent birthday playlist of international and Danish hits.

Patricia – who still lives in Princess Mary’s birthplace of Tasmania – looked delighted to be involved in festivities, pairing a stylish black outfit with high-heeled sandals and silver drop earrings. 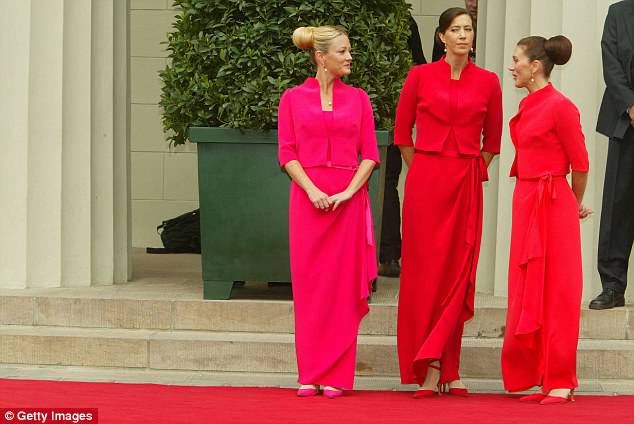 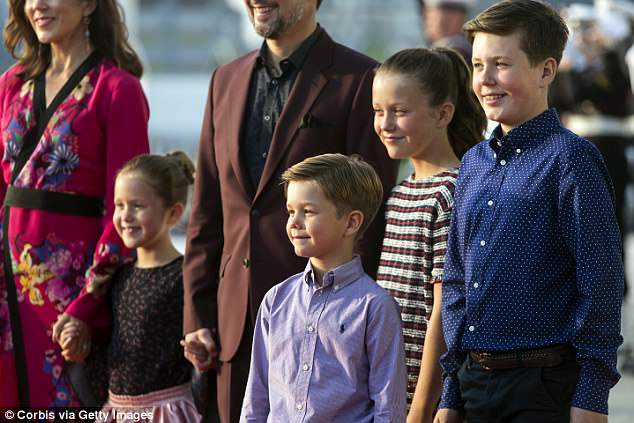 The Danish royals were all smiles on the red carpet (pictured), before they were treated to a live performance with music celebrating Prince Frederik 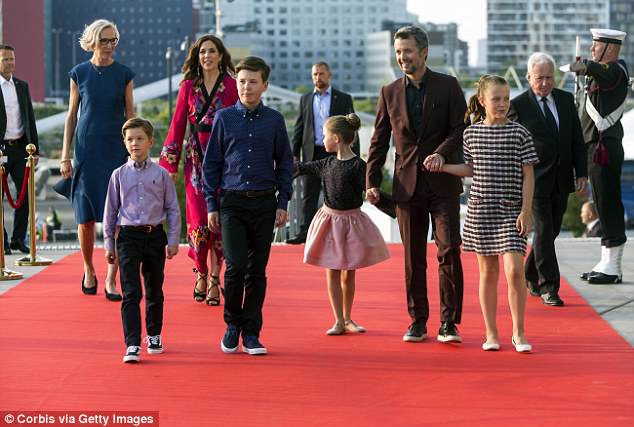 There have been countless celebrations in Denmark for Crown Prince Frederik, who turned 50 last week

For the momentous occasion, Princess Mary opted for a brightly-coloured patterned kimono-style dress, which she wore with strappy heels and loose curls.

The Danish royals’ children were also neatly dressed and wore huge smiles on the red carpet. 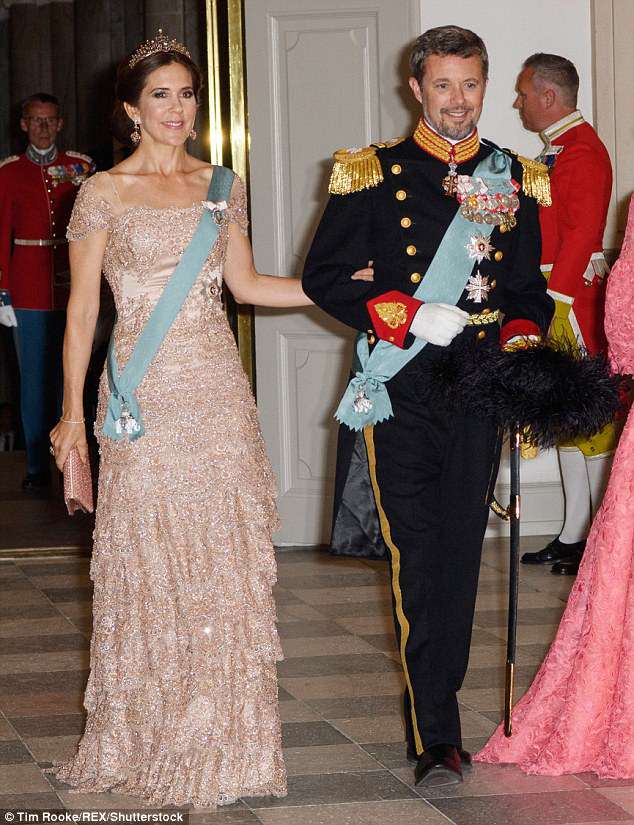 On Saturday night, the Danish royal enjoyed an evening with other European royals at Christiansborg Palace dressed in full military regalia (pictured) 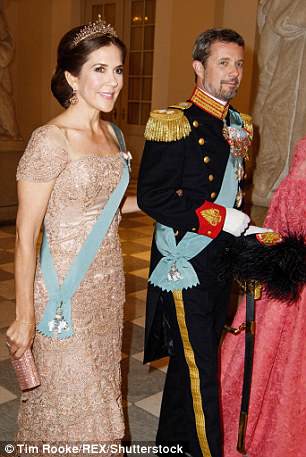 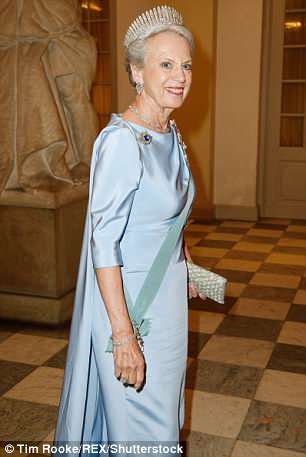 For more than a week, the Crown Prince has been celebrated by the Danes, with a number of occasions and significant events taking place, from glittering galas to the release of several commemorative portraits.

On Saturday night, the Danish royal enjoyed an evening with other European royals at Christiansborg Palace.

Dressed in his full military regalia, the Prince was flanked by the Crown Princess, who wore a sparkling floor-length gown and turquoise sash.

Guests were treated to a banquet and speeches for a party hosted by Prince Frederik’s mother Queen Margrethe, who attended with her sister Princess Benedikte.

The Crown Princess even gave a speech in her second language, Danish, in which she explained how ‘happy I am that you [Prince Frederik] swept me off my feet’. 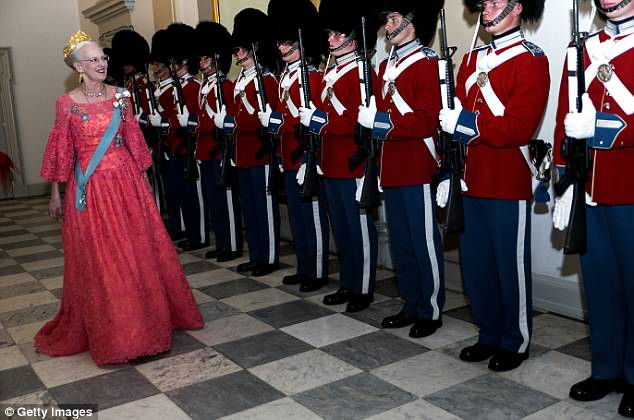 Queen Margrethe wore an eye-catching pink gown and gold crown for the occasion, which she attended solo without her husband and Frederik’s father Prince Henrik, who died in February after a long illness

Elsewhere, the royal family have also released a new set of commemorative portraits in honour of Prince Frederik’s birthday.

A new official photograph by photographer Franne Voigt has also been released.

Celebrations for the Crown Prince are expected to wrap up this week, with the publication of a book from Princess Mary.

The Princess, together with four different photographers, has found and collected many of their family memories in honour of his birthday, some of which are from their private collection.

For more information about the book, please click here.