She hosts an annual football tournament at Skaugum Palace every year with her family, and it looks like all that practice is paying off.

Crown Princess Mette-Marit of Norway, 44, looked like a real soccer pro today as she showed off her skills at the launch of the 2017 Homeless World Cup in Oslo.

Shrugging off royal formality, the mother-of-three took to the pitch to demonstrate her sporting manoeuvres as she adeptly dribbled the ball.

The royal was dressed down for the occasion at Town Hall Square, wearing a simple grey jacked, teamed with athleisure trousers and gold snakeskin slip ons.

Despite being the height of summer, the Princess’ hair was tousled by the breeze and she had to wrap up with a blanket around her legs after taking a seat in the stands.

Oslo is hosting this year’s event run by the Homeless World Cup Foundation, set up to support and inspire homeless people through the sport.

Crown Princess Mette-Marit of Norway, 44, showed off her skills on the football pitch as she launched the annual Homeless World Cup in Oslo today 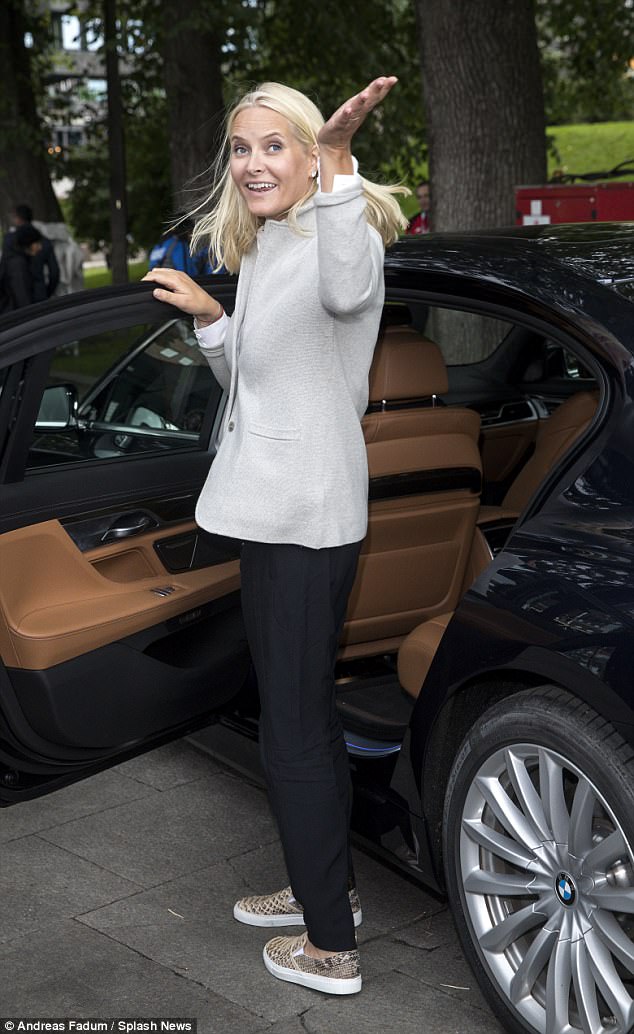 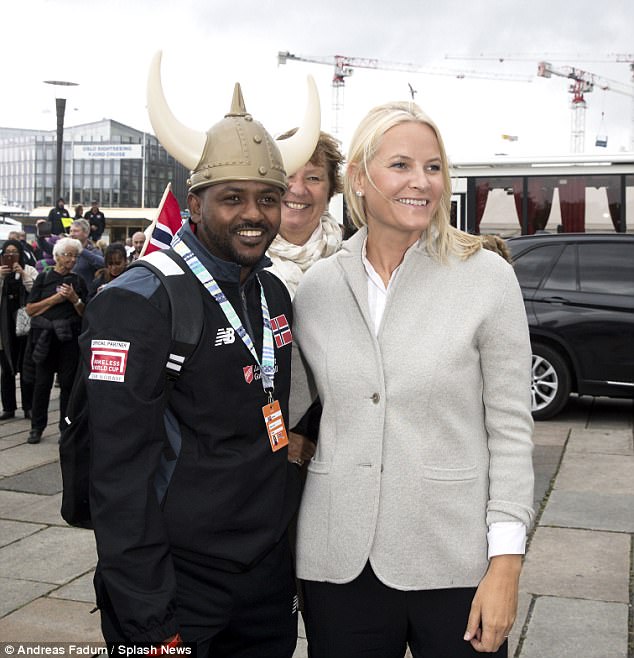 This year, 700 people from 52 nations will make up the 72 teams taking part with this year’s event set to be the biggest and most ambitious yet.

And the Crown Princess was on hand to give players her best wishes as she launched the 15th annual event.

During the first match of the day, the host nation’s women’s team was beaten solidly by the Chile side, 10–1

The president and founder of the Homeless World Cup, is Mel Young, who is recognised as one of the world’s leading social entrepreneurs. 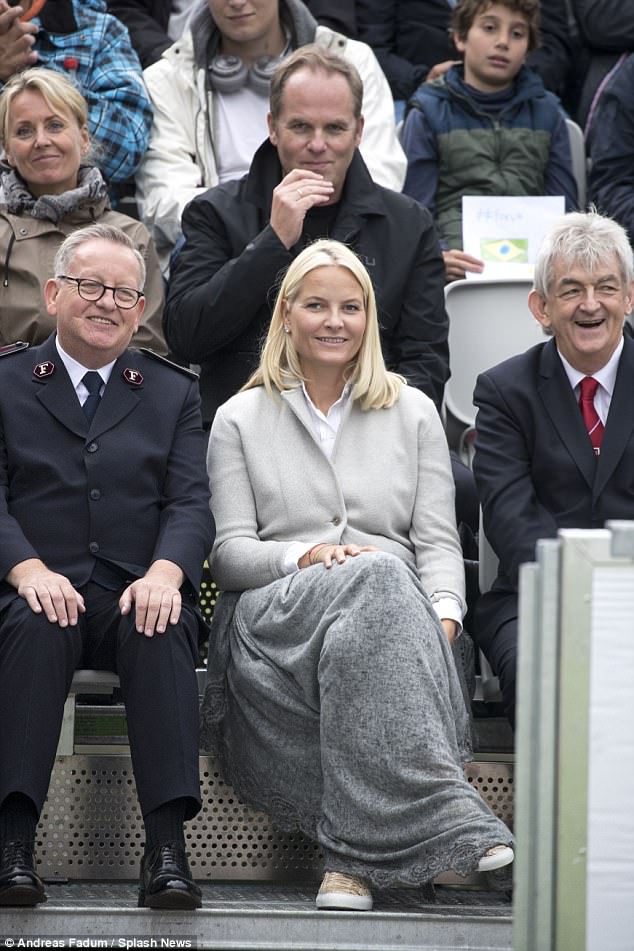 What summer? On a chilly day in Oslo, the royal wrapped a blanket around her legs as she sat in the stands 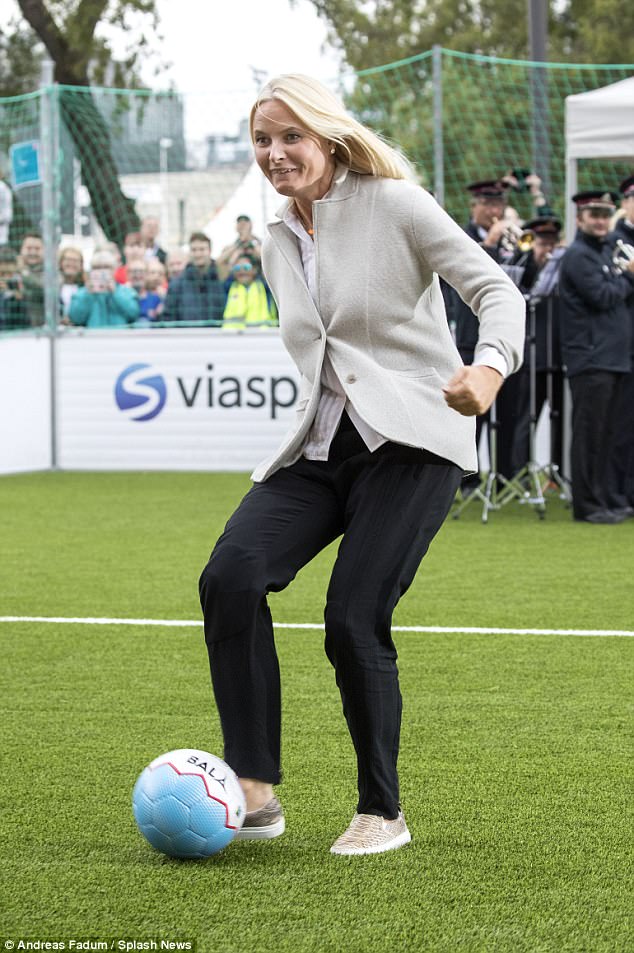 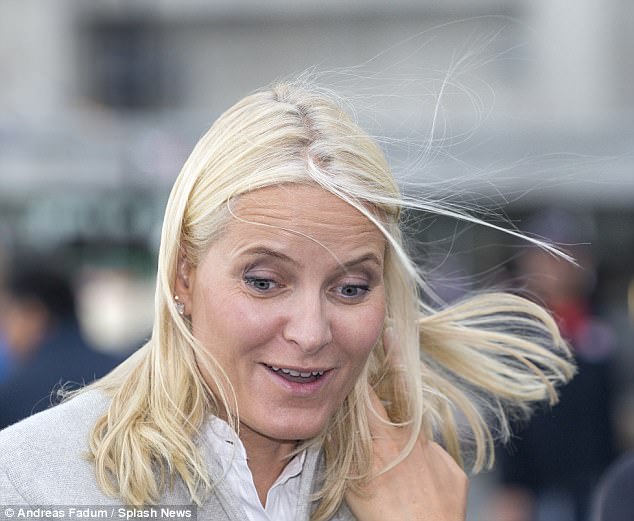 The Scot co-founded The Big Issue in Scotland in 1993 and has helped transfer her entrepreneurial spirit to football as a method of helping a bigger issue.

Mette-Marit has been married to Crown Prince Haakon of Norway since 2001, and the couple share two children, Prince Sverre Magnus, 11, and Princess Ingrid Alexandra, 13.

At the time of their wedding, she was a single parent to a four-year-old son, Marius, now 20. 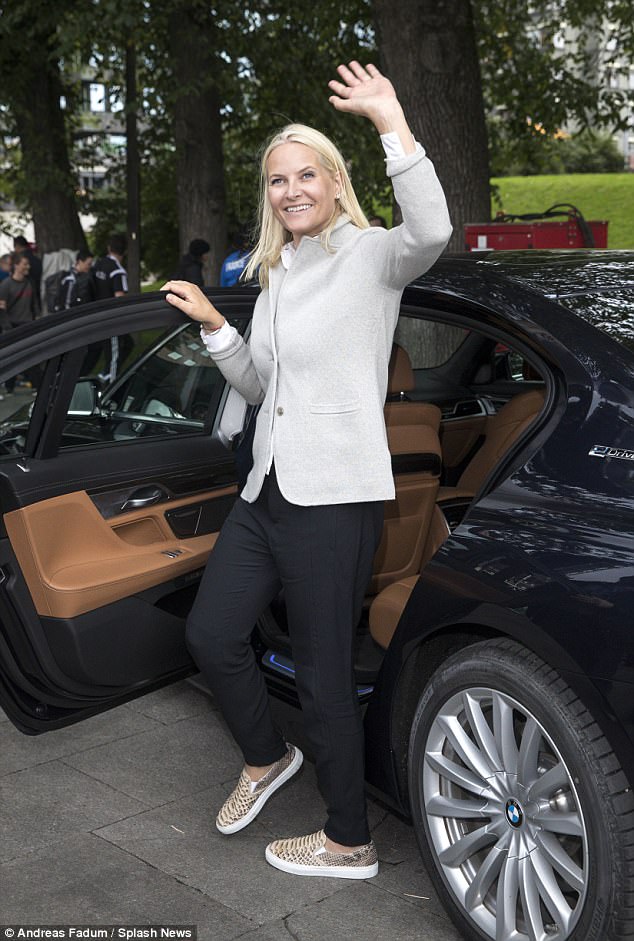 The mother-of-three dressed down in casual black trousers, a grey jacket and snakeskin trainers 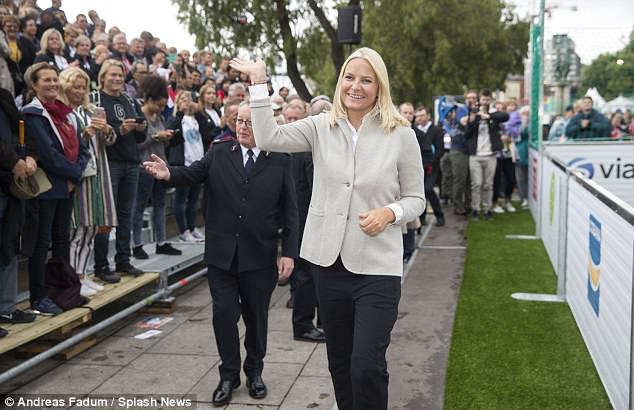 The royal put on a show of support for participants, which have travelled to Norway from 52 nations across the world 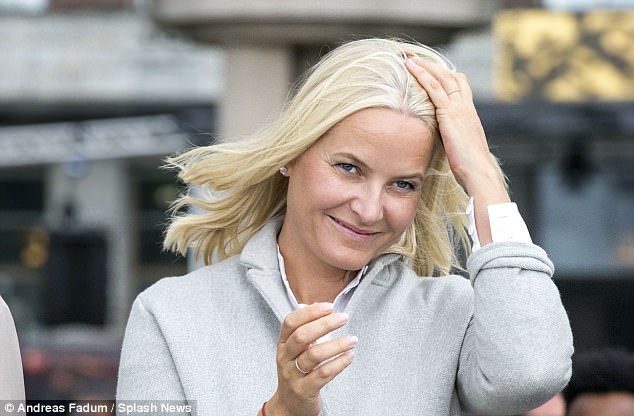 Earlier this year it was announced that he would formally step away from public life to pursue a degree in business studies at a university in California.

Over the years, his mother has become widely respected for her charity work and has been a special representative for UNAIDS, a branch of the UN that focuses on dealing with HIV and AIDS.

She also joined the Norwegian aid agency NORAD as an intern, and is a patron of several Norwegian charities, including the Oslo International Church Music Festival and the Norwegian Scouting Association. 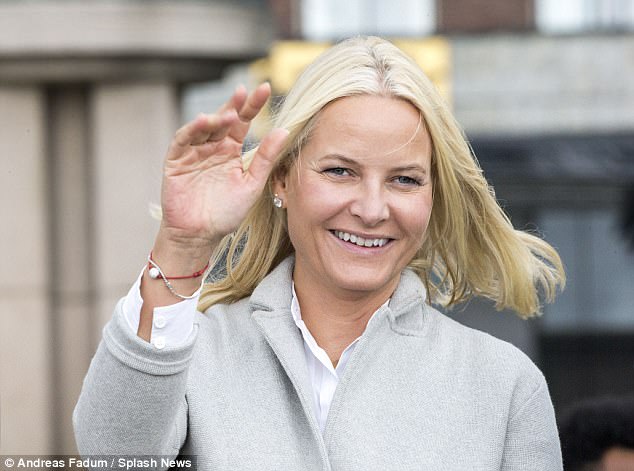 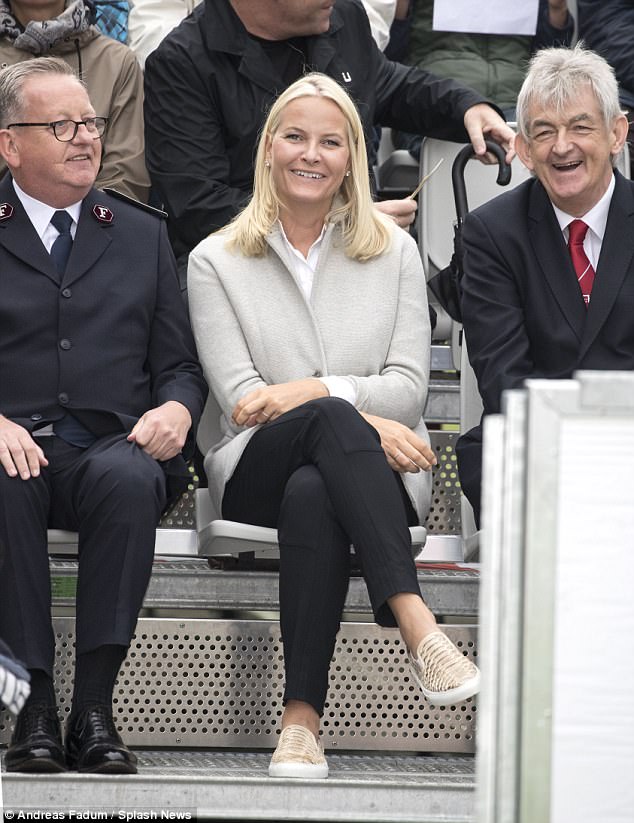 She was all smiles, despite the host nation’s women team being beaten 10-1 by Chile 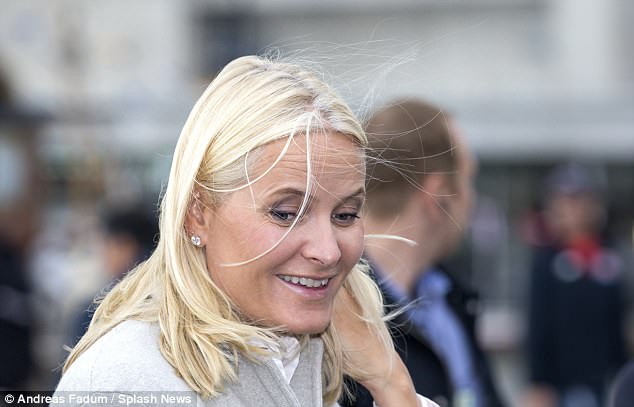