She’s usually spotted in prim floral dresses taking part in royal engagements, but at the weekend Princess Sofia showed off her sporty side as she took part in a 15K obstacle course race.

The mother-of-two, 33, competed in the Tough Viking at Djurgården in Stockholm with her two sisters Sara and Lina and completed the course in two hours, 49 minutes and 19 seconds.

Her task included running past hanging wires charged to 10,000 volts, swinging off monkey bars and clambering through ice tanks.

Tough Viking is known as the largest Obstacle Race in Scandinavia, with fiendishly tough obstacles, including fire, water, electricity, and barbed wire depending on the country’s regulations.

The sporty royal who was supported by her husband Prince Carl Philip at the race finished an impressive 76th in her category – women aged 30 to 34.

Princess Sofia of Sweden, 33, competed in the Tough Viking at Djurgården in Stockholm at the weekend and completed the tough course in two hours, which features fire, water and electricity obstacles, in 49 minutes and 19 seconds

It’s perhaps no surprise that Sofia took on the challenge as she’s always been a fitness fan, although her previous choice of exercise was a little more sedate.

While living in New York prior to her marriage, Sofia practiced at Yoga To The People and eventually became an instructor at the same studio before opening her own Manhattan yoga centre.

She even launched a range of yoga wear with fellow instructor Carolina Phil, Drop of Mindfulness.

Sofia said the brand was ‘driven by curiosity of answering, ‘What does a women want?’ in combination with promoting a physical and mental healthy lifestyle.’ 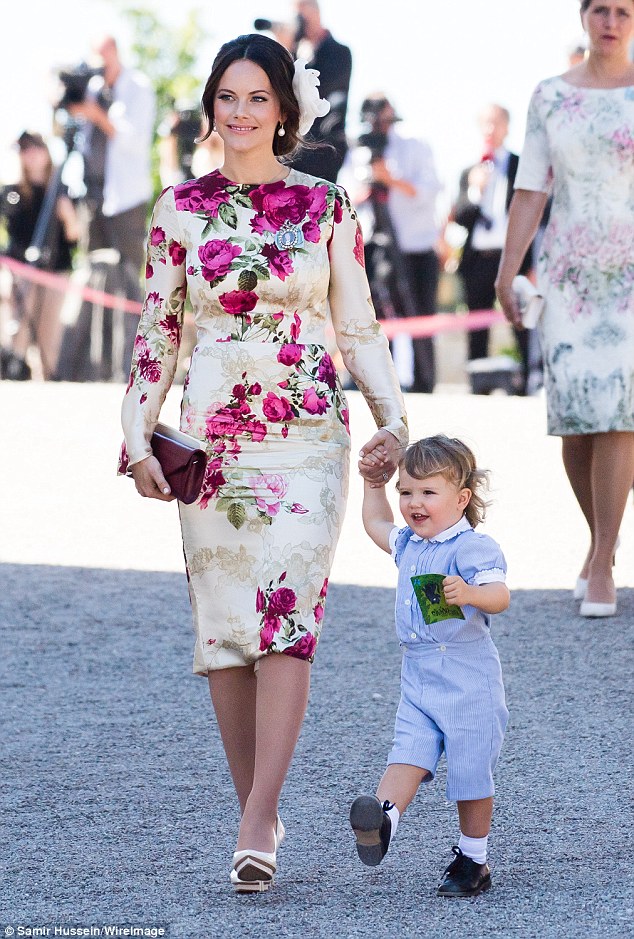 Sofia, pictured attend the christening of Princess Adrienne of Sweden at Drottningholm Palace Chapel in June with her son Prince Alexander, is usually dressed to the nines for royal occasions

The princess who shares sons Prince Alexander, two, and Prince Gabriel, 11 months, is a popular figure in Sweden, but that wasn’t always the case.

Earlier this month the former glamour model opened up about the ‘huge hate storm’ she faced when her relationship with her now husband Prince Carl-Philip was first made public.

‘People had opinions about me and my relationship, and more,’ she told TV4 in an interview at the Let’s Make Love Great Again festival, where she gave a speech about bullying.

‘It was very tough. People had comments on everything possible, on what I do and how I look,’ said the Princess, who has undertaken charity work to combat hate speech on the web. 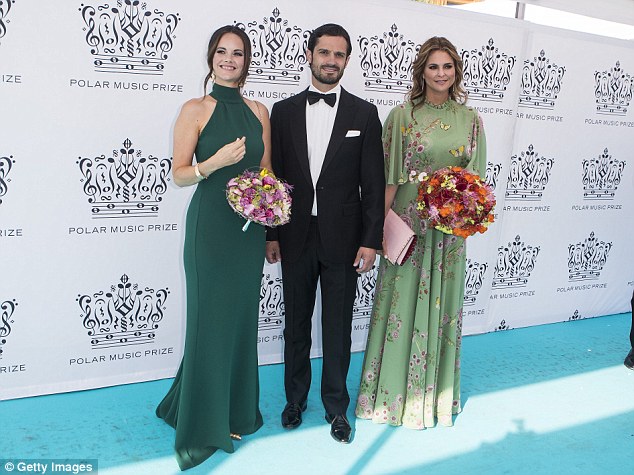 She also told how she and Carl-Philip intend to create an ‘open dialogue’ with their sons around the issue of online bullying.

News of Sofia’s relationship with Carl-Philip – then one of Europe’s most eligible bachelors – emerged in 2010.

Sofia had some experience of the limelight, having starred on the Swedish version of the US reality TV show Paradise Hotel, and modelled topless for magazines including a men’s title called Slitz.

But it was evidently not enough to prepare her for the scrutiny that news of the royal romance would spark. 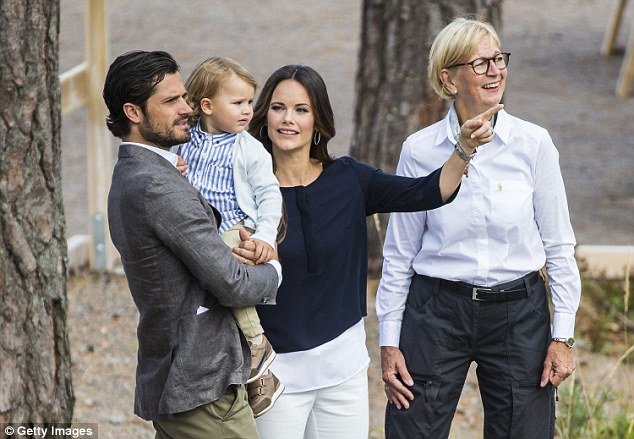 ‘When my relationship with Carl-Philip became public I was greeted by a huge hate storm,’ the Princess said, according to a report in Royal Central.

‘People had opinions about me and my relationship, and more. It surprised me and knocked me over for a period of time.’

Her own experience of bullying has inspired Sofia’s efforts towards combating the issue since becoming a royal – the Prince Couple’s Foundation, founded on the occasion of Sofia and Carl-Philip’s wedding, works to combat hate speech.

While she said that her own boys, aged two and 11 months, are a ‘bit small’ for the internet to be an issue, she and Carl-Philip intend to have an ‘open dialogue’ with their sons, and urged fellow parents to be ‘good role models’ on the web, but also to talk to their children about the negative things that can happen online.