An elementary school principal whose daughter was killed in the Parkland school massacre says the school district tried to dock her pay for taking time off to grieve.

April Schentrup’s daughter Carmen was one of 17 people killed in the mass shooting on February 14. April attended the school district’s board meeting on Tuesday and lashed out at the its handling of her family’s loss while clutching a picture of her daughter.

She said that while she was grieving her 16-year-old daughter, she tried to ease back into work as principal of Pembroke Pines Elementary, but that the superintendent quipped it was not a part time job.

April also said that no one on the school board sent condolence letters or called her until nearly three months after the shooting, the day after she signed up to speak at Tuesday’s board meeting. 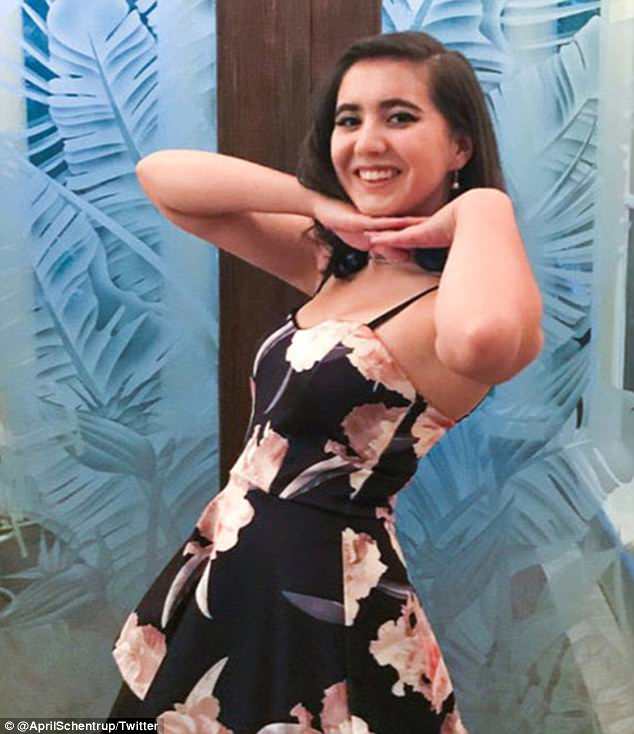 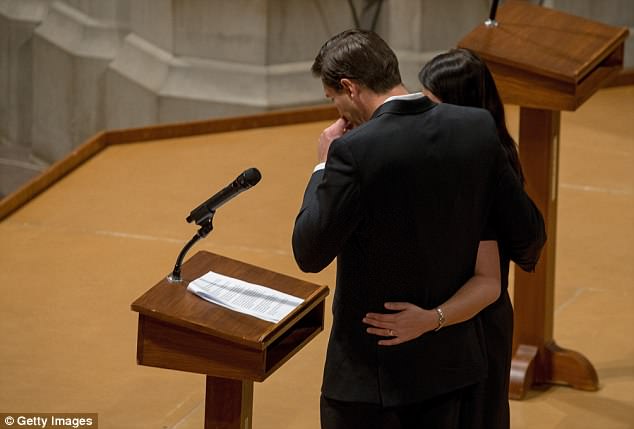 April, pictured with her husband Philip Schentrup during a prayer service in March, said the superintendent quipped that her job is not a part time

The grieving mother also called out those in charge of security at Marjory Stoneman Douglas High School for not doing enough to secure the school grounds in the aftermath of the shooting.

April said despite concerns over student and faculty safety, the shooter’s brother was able to skateboard onto the property a month after the attack.

Her husband, Philip Schentrup, said that while Superintendent Robert Runcie did come to their house to offer sympathy, he also defended the district’s actions.

‘A week after my daughter was murdered, Mr. Runcie came to my house, sat at my kitchen table, told my wife and I the school district had done everything right,’ he said at the meeting.

‘That was an outrage, given I was burying my 16-year-old daughter.’

The couple also said that the Stoneman Douglas principal refused to meet with them to talk about security.

The Schentrups said the school gates were open 20 minutes before dismissal on the day of the shooting, and no one was there to monitor it. They said that violates the district security protocol.

‘I believe the district is dragging its feet, not because it did everything right as stipulated by Mr. Runcie, but because it did so many things wrong,’ Philip Schentrup said. 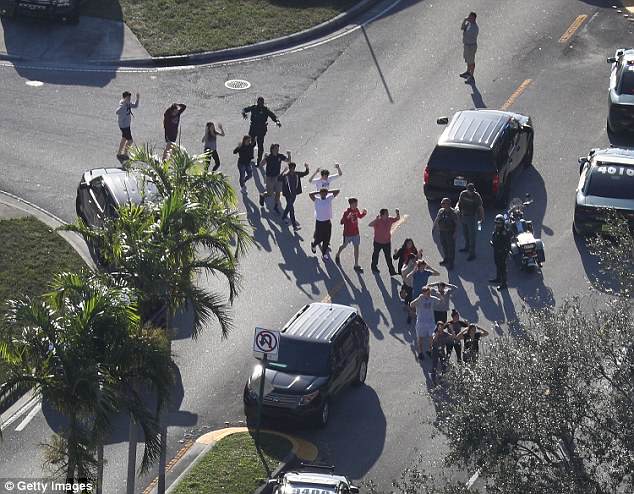 The school massacre at Marjory Stoneman Douglas High School on February 14, claimed the lives of 17 people. Students pictured being ushered from the school that day

After the meeting, School Board Chairwoman Nora Rupert told the Sun Sentinel she was heartbroken.

‘I feel partly responsible, because I thought the district, a School Board member, someone would have sent notes,’ she said. ‘I know I wrote some notes and went to funerals, but there are no words. I wholeheartedly apologize for my part.’

School district spokeswoman Tracy Clark said the district reinstated April Schentrup’s pay for time off through March 30 and approved a leave of absence that will have ‘the least impact’ on her leave time.

Clark said the district has increased the law enforcement presence and conducted a threat assessment of schools.

‘The district is aware that as a community we all must adjust to a new normal, and we are working to do so appropriately and with compassion,’ Clark said.