A prisoner accused of helping to launch a 15-hour prison riot has claimed he was merely making a ‘personal protest’ at not being allowed to see a dentist.

Luke Mansell, 24, is alleged to have been among a group of six inmates who clambered onto suicide netting shortly before a set of keys was stolen from a senior prison officer at HMP Birmingham.

Co-defendants Ross Queen, 30, and Carl Brookes, 33, were pictured laughing while wearing riot helmets inside the jail, while John Burton, 39, is accused of being part of a group who hurled a table down a stairwell.

A jury at Birmingham Crown Court was told an inmate squirted a jet of water at the guard from a fire hose, while another prisoner crawled along the floor and snatched the keys, which were used to free around 500 inmates from their cells.

Opening the case against the defendants, prosecutor Simon Davis said prison officers ‘retreated’ from four wings of the jail – and were then pelted with paint and pool balls.

Televisions were also thrown during the disorder at the jail in Winson Green on December 16 last year.

Burton is also alleged to have climbed onto trampoline-like netting on N Wing, while Brookes and Queen are said to have ‘shown support’ to others by appearing in photographs posted online wearing riot helmets. 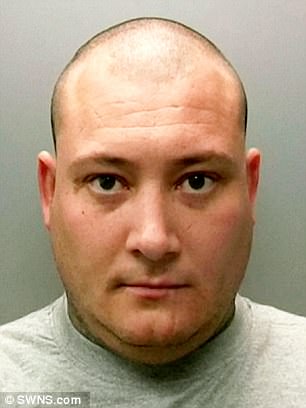 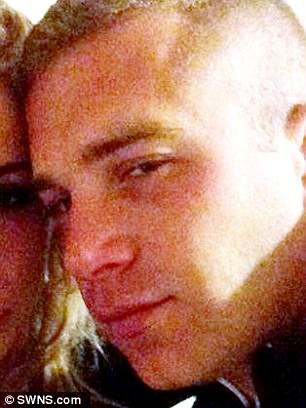 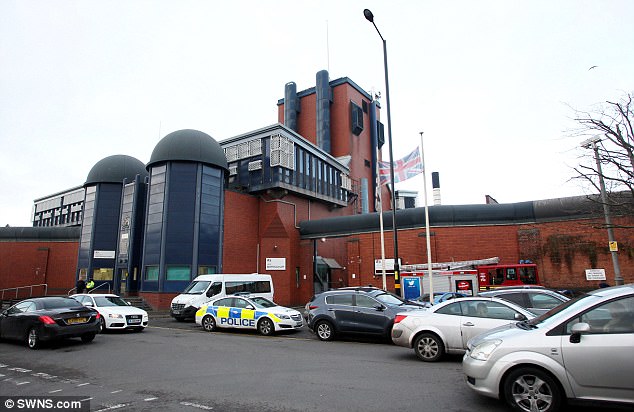 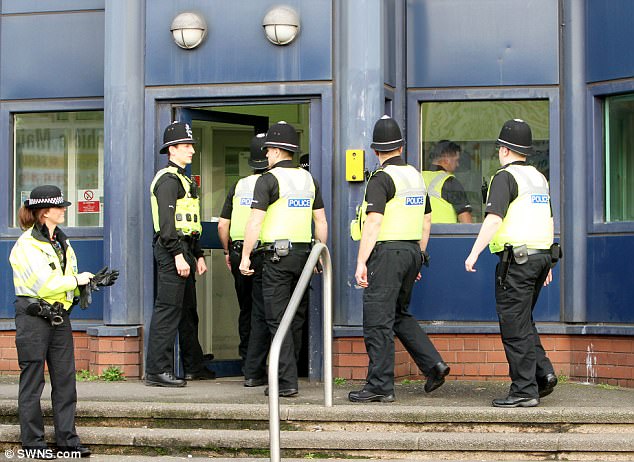 Alleging that the defendants were ‘to a greater or less extent’ involved in the disorder, Mr Davis told jurors: ‘Large parts of the prison were subjected to criminal damage which included graffiti, throwing of paint up walls, looting of offices, damage to windows, doors, computer equipment, furniture, and a number of areas were set on fire.

‘It was necessary for the prison officers to hold key entrances and exits in order to prevent the advance of the prisoners, doing this initially by double-locking doors and putting chains around gates.’

Outlining events at the start of the disorder, Mr Davis added: ‘Mansell and Burton were among those who went onto the netting.

‘Each appeared to have an axe to grind. That does not provide them with an excuse for what happened subsequently but it does provide you with some information as to why it all started. 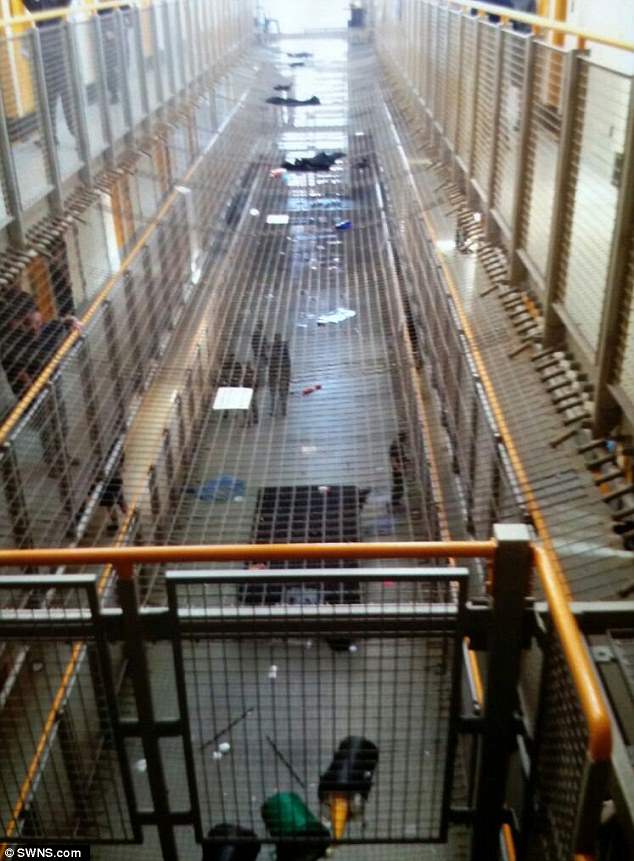 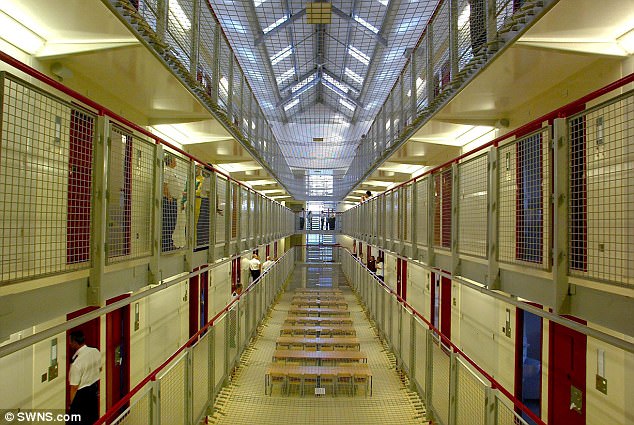 ‘Mansell appeared to be protesting because he said he hadn’t been allowed to see a dentist.’

Although prison officers tried to reason with the six men on the netting, one allegedly claimed to have a syringe, while some of the group ‘armed themselves’ and began smashing lights and windows.

The Crown claim Brookes – his wing’s violence reduction representative – later acted as a ringleader, while Burton is alleged to have been involved in throwing a table down a stairwell.

After showing jurors three photographs of Brookes and Queen which featured in the press and on social media, Mr Davis said: ‘Riot gear in the form of helmets and shields must have come from locked office areas. 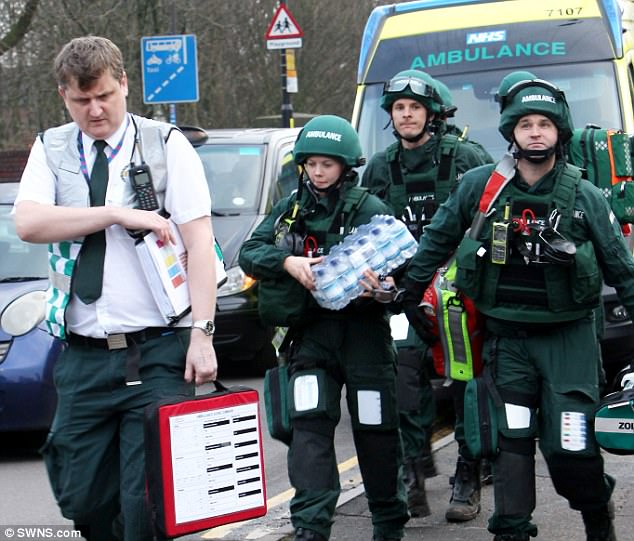 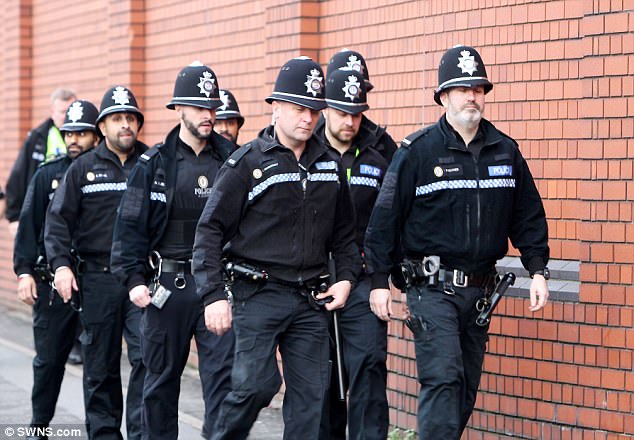 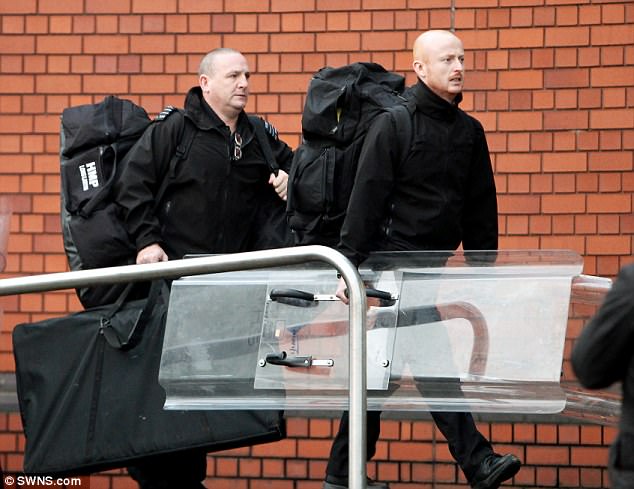 Officers armed with riot shields arrive at the scene

‘The message being sent by their actions to other prisoners on the wing must have been ‘we’re in control’.’

The court heard Burton denies any involvement other than making his way onto netting, while Mansell said his presence on the netting was a ‘personal protest due to lack of dental treatment’.

Brookes claims he was actively seeking to assist in preventing violence and had only acted as peacemaker.

Mr Davis told the jury that Queen accepted there was a mutiny but denied any involvement in it.

‘There was a prison mutiny, you can take that as read,’ Mr Davis told the panel. ‘It will be up to you to decide whether these particular defendants were involved or not.’