Priti Patel humiliated staff and fostered sense that ‘everyone is hopeless’

Priti Patel is facing allegations she bullied staff at a third government department, with officials saying she humiliated colleagues and fostered a sense that ‘everyone is hopeless’ while in charge of distributing foreign aid.

A senior official at the Department for International Development (DfID) reported a ‘tsunami’ of allegations of abuse by officials in her private office when she was secretary of state, BBC2’s Newsnight reported.

These included allegations by officials in her private office that she humiliated civil servants in front of others, belittled colleagues and ‘put heavy pressure’ in emails.

Two senior civil servants at DfID have come forward to say they were aware of bullying complaints against Ms Patel. It follows the resignation at the weekend of the top official at the Home Office, Sir Philip Rutnam, over similar claims.

A former aide at the Department for Works and Pensions is also reported to have received a £25,000 payout from the Government after claiming she was bullied by Ms Patel when she was employment minister.

However, a Tory source told Newsnight there was a ‘concerted effort’ by sections of the Civil Service to undermine Ms Patel and that ‘dark forces’ were trying to influence the investigation.

A spokesman for Ms Patel said: ‘The Home Secretary categorically denies all of these allegations.’

The decision by two more civil servants to publicly criticise Ms Patel will increase pressure on the embattled Home Secretary, who is facing calls to temporarily step down while an inquiry is underway into her contact.

Sir Mark Lowcock, Ms Patel’s permanent secretary while she was head of DfID said that he personally witnessed bullying behaviour.

Nick Dyer, who took over from Sir Mark when he started a new role at the UN, was also made aware of complaints against Ms Patel.

The Times reported that Downing Street aides were also informed of the complaints made by civil servants working for Ms Patel.

‘We certainly knew the relationship with her civil servants was not easy,’ a special adviser in No 10 said. ‘There were concerns about her methods of working’. 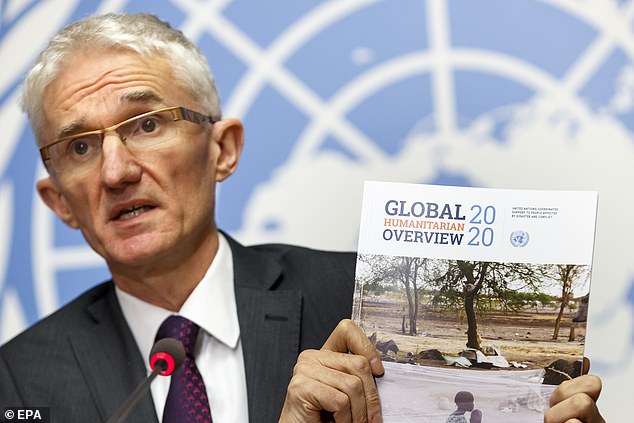 Allies of Priti Patel yesterday blamed Sir Philip Rutnam for dragging her into a row about an aide who took an overdose amid claims of bullying.

Sources close to the Home Secretary said it was ‘ludicrous’ to accuse her of being responsible for the woman’s legal case against the Government, arguing that it had started long before Ms Patel took office.

The minister has been under fire for weeks after being accused of bullying staff during her time as a minister and the Cabinet Office is leading an inquiry to ‘establish the facts’ over whether she breached the ministerial code in her dealings with aides.

Ms Patel came under renewed pressure on Monday when it emerged that one of her former aides when she was employment minister took an overdose and received a £25,000 payout from the Government.

She shouted at the woman in her private office and told her to ‘get lost’ and ‘get out of her face’, legal correspondence alleges.

The minister is described in the woman’s formal grievance complaint as having acted ‘without warning’ and with an ‘unprovoked level of aggression’.

The Department for Work and Pensions did not admit liability and the case did not come before a tribunal, the BBC reported. 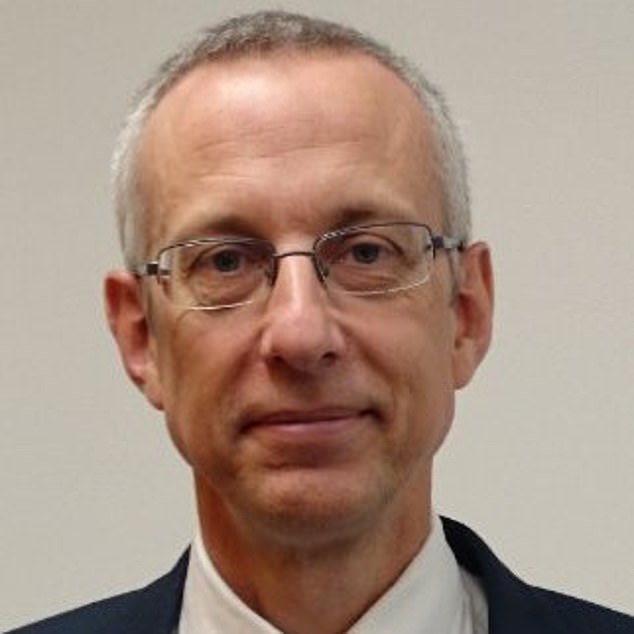 Nick Dyer, who took over from Sir Mark, said he was made aware of the bullying complaints against Ms Patel

But yesterday Ms Patel’s allies hit back. One said: ‘What we are seeing is a concerted effort by certain sections of the Civil Service to undermine a Home Secretary trying to deliver what people want on crime and immigration.

‘It is deeply disturbing that dark forces are trying to influence the findings of a Cabinet Office inquiry.’

In a joint email to staff written with Sir Philip’s interim successor Shona Dunn, she insisted they cared about the wellbeing of all employees.

They expressed their gratitude to the staff for their continuing hard work and ‘commitment to deliver the Government’s priorities’.

‘We both deeply value the work that every person in this department does and care about the well-being of all our staff. It is therefore a time for us all to come together as one team,’ they wrote.

‘We also recognise the importance of candour, confidentiality and courtesy in building trust and confidence between ministers and civil servants.

‘Both of us are fully committed to making sure the professionalism you would expect to support this is upheld.’ 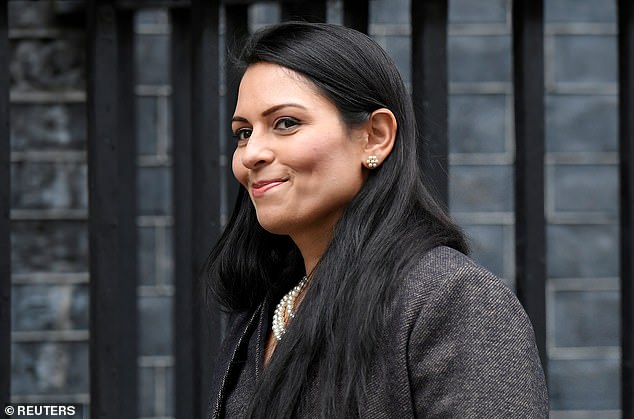 Priti Patel arrives at Downing Street in London, Britain on February 13, 2020. Sources close to the Home Secretary said it was ‘ludicrous’ to accuse her of being responsible for the woman’s legal case against the Government, arguing that it had started long before Miss Patel took office

Sir Philip resigned on Saturday following an extraordinary briefing row with Ms Patel after he accused her of belittling staff in the department.

He said he had become the ‘target of a vicious and orchestrated campaign against him’, which he alleged she was involved in.

But Ms Patel’s friend said: ‘It’s actually very serious that a civil servant had mental health issues and attempted to take her own life because of the way she was treated by her civil service colleagues.

‘And it’s childish and stupid for anonymous friends of Philip Rutnam to push around false stories about civil service mistakes which she [Ms Patel] had nothing to do with.’

The row came after Boris Johnson asked the Cabinet Office to ‘establish the facts’ around bullying claims.

Cabinet Office minister Michael Gove said the inquiry will examine all the complaints, although it is unclear if the Department for Work and Pensions claim is included.

The PM has already offered his support, calling her a ‘fantastic Home Secretary’.

Yesterday, it emerged she has sent an internal email to staff saying she regretted Sir Philip’s resignation and calling on her department to pull together. 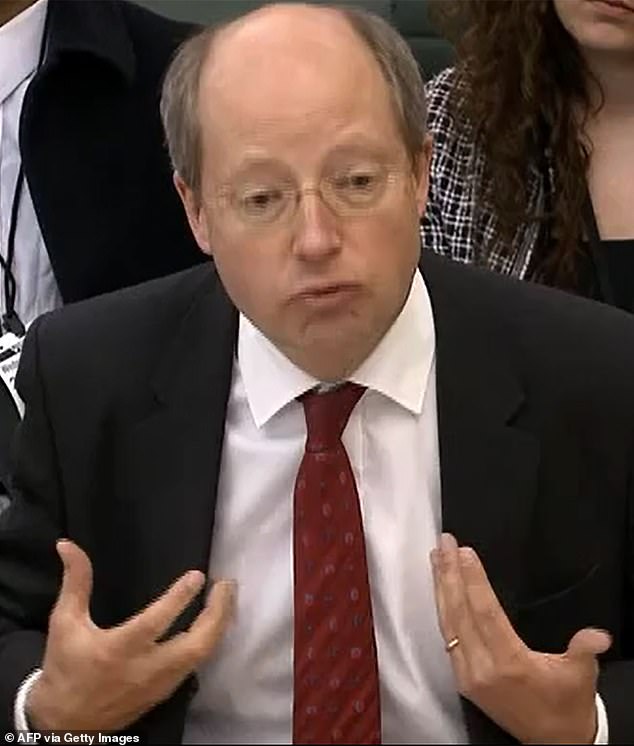 Asked yesterday if Mr Johnson knew about the DWP allegation, his official spokesman said: ‘The Home Secretary denies any allegations of bullying and the PM has expressed full confidence in her. An inquiry is under way.’

Boris Johnson has expressed his full confidence in Ms Patel, who he promoted to one of the great offices of state after she had previously been sacked from the Cabinet by Theresa May.

However, some Tory MPs have questioned how much longer she can carry on in the job, while Labour has complained the inquiry into her conduct – to be carried out by the Cabinet Office – is not fully independent.