Priti Patel has said Facebook’s plans for greater encryption will hurt the fight against terrorists and paedophiles.

She urged them to create a ‘back door’ for intelligence agencies such as GCHQ to access messages in cases such as child abuse in the Daily Telegraph.

Patel wrote: ‘Where systems are deliberately designed using end-to-end encryption, which prevents any form of access to content, no matter what crimes that may enable, we must act.’

Zuckerberg promised end-to-end encryption for all of its messaging services.

Facebook also hopes to improve users’ trust in how it stores their data.

Zuckerberg promised the site ‘won’t store sensitive data in countries with weak records on human rights like privacy and freedom of expression in order to protect data from being improperly accessed.’

One idea floated by GCHQ is a so-called ‘ghost protocol’ which would avoid breaking any encryption, but would instead require encrypted messaging services to effectively ‘copy in’ the message to a third party.

The intelligence agency said it would be no more intrusive than wiretapping non-encrypted communications.

Patel added: ‘[End-to-end encryption] will also hamper our own law enforcement agencies, and those of our allies, in their ability to identify and stop criminals abusing children, trafficking drugs, weapons and people, or terrorists plotting attacks.’

Facebook’s founder Mark Zuckerberg announced plans for end-to-end encryption on messenger at the start of May. The plans would mean it offers the same level of privacy as its WhatsApp service.

Speaking at Facebook’s F8 developers’ conference in San Jose, he boasted that the change would offer users ‘intimate spaces’ where they can speak with ‘complete confidence’ that their communications will remain private’.

Developers at the F8 developer conference were also told how they could plan things like ‘political protests’ on encrypted platforms, safe from inspection by anyone, including governments of Facebook itself. 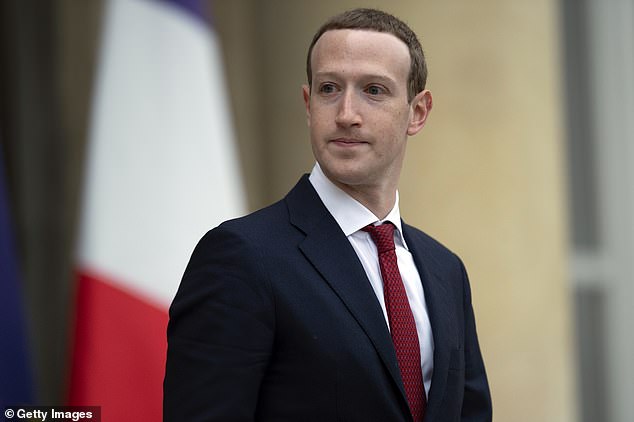 Facebook’s founder Mark Zuckerberg announced plans for end-to-end encryption on messenger at the start of May. The plans would mean it offers the same level of privacy as its WhatsApp service