Serious questions about the right to speak your mind in privacy are being raised after two racehorse trainers were fined over separate incidents where rants about underperforming jockeys in private group chats were leaked.

Peter Moody, a trainer from Pakenham in Melbourne’s southeast, last week copped a $2,000 fine after comments he made about jockey Blaike McDougall in a private chat with other horse owners were leaked.

When horse Amalgamation failed to place during a race at Cranbourne the previous weekend, Mr Moody unleashed on the jockey over his performance.

‘I asked him to put the horse in a free-flowing position to let him roll into the race throughout and build momentum throughout.

‘They walked in front and for some reason the brain dead f**king rider continued to drag the horse back and back and back.

Peter Moody, (pictured) a trainer from Pakenham in Melbourne’s southeast, last week copped a $2,000 fine after comments he made about jockey Blaike McDougall in a private chat with other horse owners were leaked

‘I’m sorry, I just can’t comprehend this, this boy the last few horses he’s ridden for me he’s ridden disgraceful, I could’ve ridden them better myself. It was an absolute disgrace, he deserves to refund your training fees for that sort of performance.’

The trainer later apologised in a tweet on November 13, and said his comments were not intended to be read by anyone else except those in the group.

‘In view of an audio report from myself to clients in regards to jockey Blaike McDougall I wish to publicly apologise to Blaike for this unprofessional and unacceptable behaviour toward him,’ he wrote.

‘I have also privately done this. Unlike the client (who allegedly shared the audio), Blaike will continue to be part of MR.’

Mr Moody was charged by the racing authority, known as the stewards, with ‘conduct detrimental to the interests of racing’. 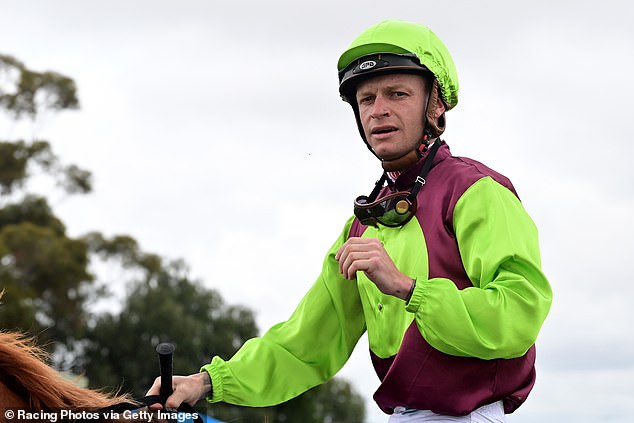 Half of the $2,000 fine was suspended for 24 months and would only have to be paid if he was found guilty of another similar offence.

Fellow horse trainer, Will Hulbert, who operates in Brisbane, was also fined $1,000 after criticising a jockey that rode one of his horses.

He has been fighting to have the fine overturned for the past two years, and has spent more than $13,000 on legal fees.

Mr Hulbert said he backed Mr Moody and said it was unfair for people to be punished over something that was intended to be private.

‘Why should you get in trouble for telling the truth?’ he told Daily Mail Australia.

‘Why should I get in trouble for something I didn’t do? The message wasn’t meant for the public and I wasn’t the one who leaked it.’ 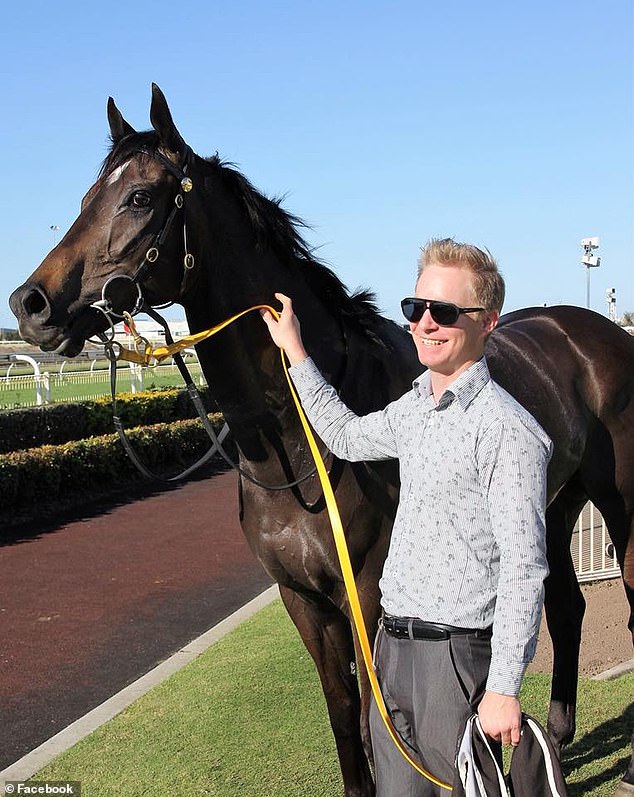 Fellow horse trainer, Will Hulbert, (pictured) who operates in Brisbane, was also fined $1,000 after criticising a jockey that rode one of his animals

The trainer said jockeys and trainers copped verbal sprays all the time, and admitted that while his language was ‘colourful’, it was common conversation for the race track.

‘The jockey wasn’t fussed, the owners didn’t care, it was just the stewards,’ Mr Hulbert said, confirming there was no bad blood between him and Mr Mallyon.

‘We (him and Mr Mallyon) sit outside the jockeys room and have a chat, we’re grown men, we’ve moved on.

‘It’s part of the job, we cop sprays all the time from owners and we don’t have a cry about it.’

The punishment handed down to the trainers has raised questions about how a similar situation in a corporate office would be handled and whether staff should feel comfortable speaking freely at work.

Deirdre McEvoy, special counsel and accredited specialist in employment and industrial law at McArdle Legal, told Daily Mail Australia that while work conversations may be held privately, it wasn’t a reasonable form of defence if the chat surfaced and was found to be undermining or inappropriate.

‘It would be the same if you were having a conversation that was overhead,’ she said.

‘If it was offensive it’s not really able to be defended by someone saying it was meant to be in a private chat or they didn’t think anyone could hear them.’

She said the result could be disciplinary action for the staff involved, which could mean suspension or termination in extreme cases. 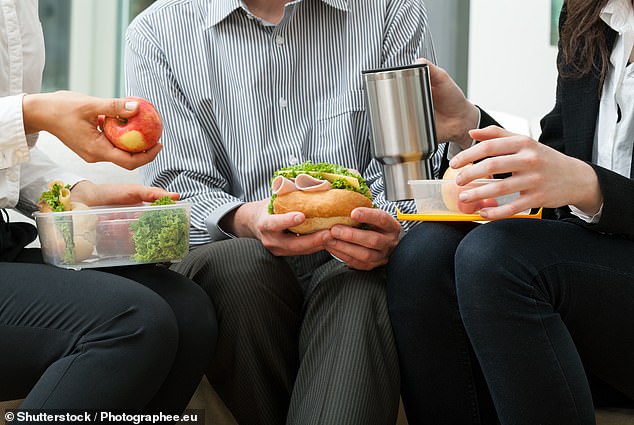 But generally it would be a reprimand in the form of a warning not to use similar language again.

Ms McEvoy said while the staff member being spoken badly about would usually be the one to make the complaint, if another colleague overheard and the matter was racist or had a sexual context, they too would be able to complain.

‘If I was a manager I wouldn’t think that if I had the conversation in a private chat window that that would give me a licence to say whatever I want,’ she said.

For situations that occur outside of work, like colleagues speaking critically of a staff member on a social media platform and not a work chat forum, the repercussion would depend on the employer’s policies.

‘You’d be looking to see if the employer has a policy on social media use and a policy on harassment and bullying in the workplace,’ she said.

‘If they have a policy and someone makes a complaint, even if it was made outside of work hours, it can be a workplace issue, but it depends on individual employers.’

Australian Olympics Committee president John Coates was forced to apologise after an email he sent about a female staffer was leaked in April, 2017. 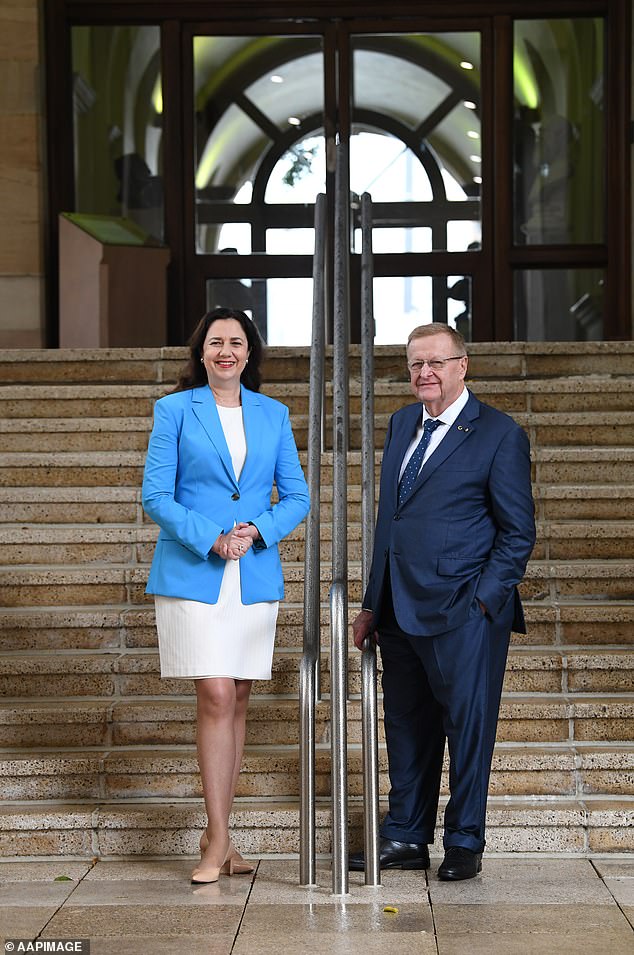 The staff member in question had cancer, with Mr Coates emailing another colleague saying she needed to ‘get out in the real world’, as he wasn’t running a ‘sheltered workshop’.

Mr Coates admitted it was the ‘wrong choice of words’.

‘Yes, I got the email wrong and apologise.’

In another incident, the CEO of one of Australia’s biggest law firms, Annette Kimmitt, left MinterEllison after an email she sent to staff about Christian Porter was leaked.

She’d emailed all staff about her disappointment at the firm taking on the former Attorney-General as a client, in March last year. 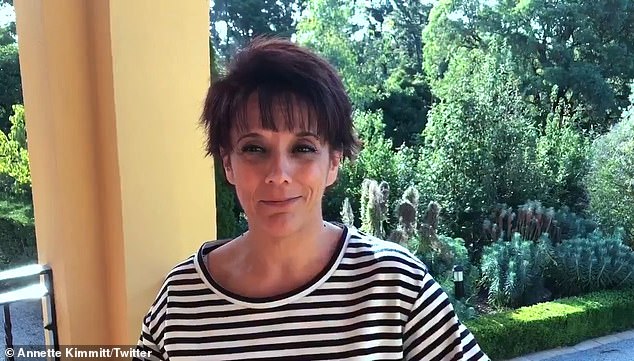 In another incident, the CEO of one of Australia’s biggest law firms, Annette Kimmitt, left MinterEllison after an email she sent to staff about Christian Porter was leaked

The email had been sent hours after Mr Porter strenuously denied allegations he raped a 16-year-old girl when he was 17 in 1988.

‘The nature of the matter is clearly causing hurt to some of you and it has certainly triggered hurt for me,’ Ms Kimmitt wrote.

‘I know that for many it may be a tough day and I want to apologise for the pain you may be experiencing,’ Ms Kimmitt wrote to staff.

She suggested the firm’s involvement in the matter had not gone through ‘due consultation or approval process’.

‘Had it done so, we would have considered the matter through the lens of our Purpose and our Values,’ she wrote.