Millions of Australians are set to be hit with a nasty tax surprise this year that could leave them hundreds out of pocket.

Private health insurance premiums and the health care tax rebate – the amount of money the government gives you back to help cover the cost – are both adjusted annually on April 1.

But this year, insurance premiums will climb 2.7 per cent on average while the rebate shrinks, meaning Aussies will be forced to fork out more for their health care.

The rebate can be paid to you as part of your tax return or as a reduction to the cost you pay to your insurer throughout the year.

While the rebate amount varies based on income, Australians earning less than $90,000 as individuals or households on $180,000 used get back almost 30 per cent of their premiums, but under the new changes they will receive less than 25 per cent.

Although the price jump next month will be the smallest increase since 2001, premiums are still growing faster than inflation, according to CHOICE.

‘This will be the second increase in most people’s private health insurance premium in six months. The average increase may be lower than other years but people should check how much their specific policy is going up as it will vary. Some funds have average increases up to 5.47%.’

And it can only be claimed for a private health insurance policy that provides private patient hospital cover, general cover (commonly known as extras), or combined hospital and general cover.

Data from the Australian Prudential Regulation Authority (ARPA) shows there were 11,336,202 people with hospital or combined cover as of December 2020.

Insurers will release the amended rates in early 2021, before the increase takes effect.

Australians can avoid the higher fee by locking in the rate they paid for 2020, if they have enough funds, prior to April 1. 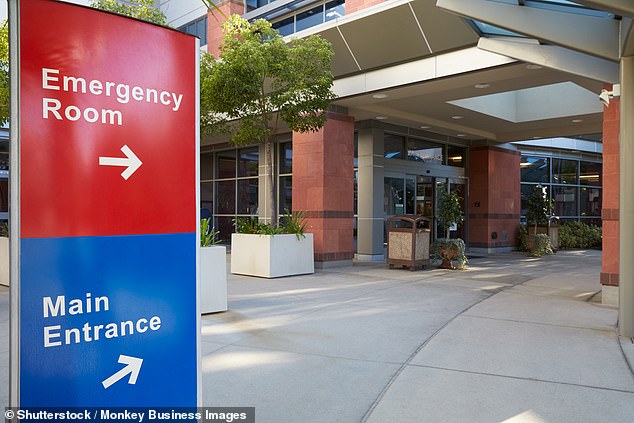 More than 11million Australians had private health cover as of December last year, according to the ARPA (stock image)