Hiding in her parked car on the side of the street, Natalija watches as a married man she’s following walks to the front door to meet his secret lover.

The 28-year-old keeps a close eye on the couple through her binoculars before she swiftly pulls out her video camera to film them kiss – mission accomplished.

This is just a regular day in the life of the Sydney-based private investigator, who makes a minimum of $500 a pop from tracking down love rats and reporting back with her findings to their waiting spouses.

The PI – who works for Lipstick Investigations – has been carrying out surveillance on unfaithful husbands, wives, boyfriends and girlfriends for seven years.

Speaking to Daily Mail Australia, Natalija offered a glimpse into how she catches anyone from the rich and famous to regular people in affairs – and the signs to watch out for if you suspect your partner is straying. 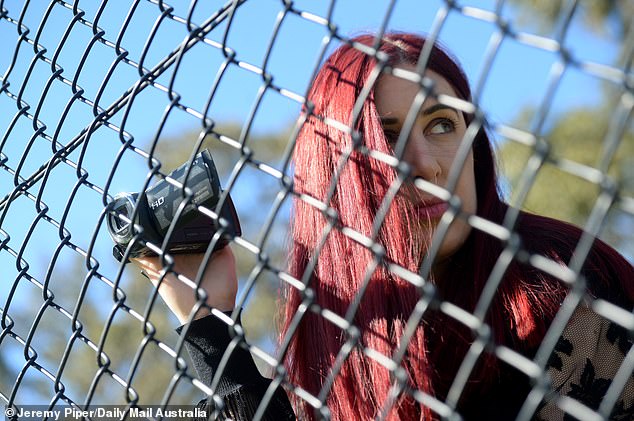 The signs to look out for

Natalija said a red flag of infidelity all starts with changes to their routines.

‘If your partner never spends time on the phone but all of a sudden, they start putting their phone face down, then something is up.

‘Let’s say your partner’s routine is coming straight home from work, dinner and then a shower before bed. But all of a sudden, they’re having a shower as soon as they come home – that’s another odd sign.

‘If they have to stay back late at work all of a sudden, that’s another sign.

‘As soon as their routine changes, that’s generally suss.’

Her job can involve hours of surveillance, following people from all walks of life.

‘Every day there’s something new, it’s not the same old office job where we work 9 to 5. I’m on call 24 hours a day,’ Natalija told Daily Mail Australia.

‘We work with different clients and we’re always following someone different. I’ve followed ordinary people, celebrities, superstars, millionaires and even billionaires. One week, I can be following a millionaire, the next week it could just be a girl from Campbelltown.

‘I’m so adaptable, no one is going to pay attention to the red hair girl – that’s the beauty of my job. When you think of a PI, you think of an old man in a trench coat, I’m just a normal girl wearing normal clothes.

‘I also keep a bag full of clothes for every occasion. So if they go into a nightclub, then I’m going to quickly change. People think I actually live in my car.’

The young private investigator – who charges clients $125 per hour for a minimum of four hours – said she’s always prepared to do whatever the suspected cheater is doing so she doesn’t blow her cover.

‘Whatever they do, you do too,’ Natalija said.

‘We’re supposed to be invisible.’ 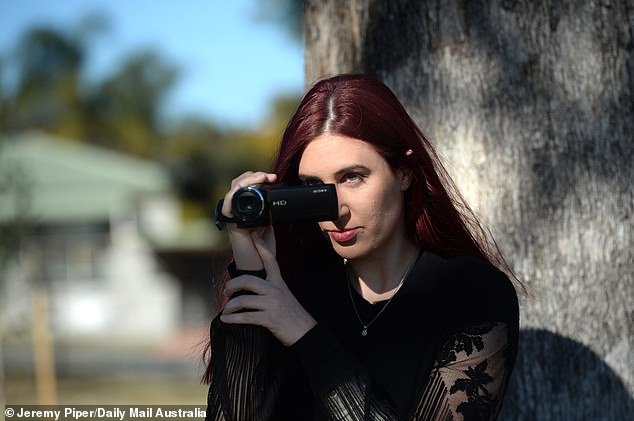 She’s been carrying out surveillance on unfaithful husbands, wives, boyfriends and girlfriends 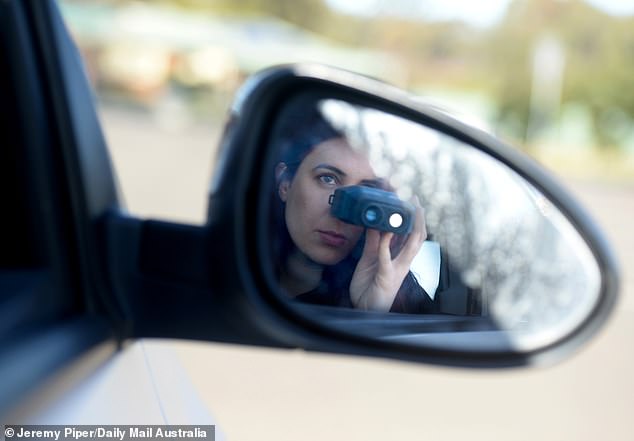 Despite how private investigators are often portrayed in films or television dramas, Natalija said her job isn’t as glamorous as you might expect

Despite how private investigators are often portrayed in films or television dramas, Natalija said her job isn’t as glamorous as you might expect.

‘My hours are all over the place. One week I can be doing 60 hours, another week I only do four. It’s an up and down business but it does suit my lifestyle,’ she said.

‘It’s not a glamorous job but it’s appealing to me because I can do how many hours I want.’

Before she works on the case, Natalija said the client must hand over all the details of where their partner could potentially visit.

‘Let’s say you want to find out if your boyfriend is cheating, you have to give us all the details of where he works, goes to the gym or where his parents live,’ she said.

‘Or if it’s someone who you’ve just started dating but you’ve never been to their house, we have a database where we can log in and see where he or she lives.’

Natalija said her longest infidelity case was on a three-day stakeout in her car.

‘I didn’t leave my car once. I was following a married man who was having an affair. It was like Catch 22.

‘Food was easy, I took a lot of fruits and water with me. I didn’t eat anything solid and I tried not to drink too much water.

‘To use a bathroom, I actually got a portable toilet from a camping store, filled it with a little it of water and placed it in the back seat of the car. 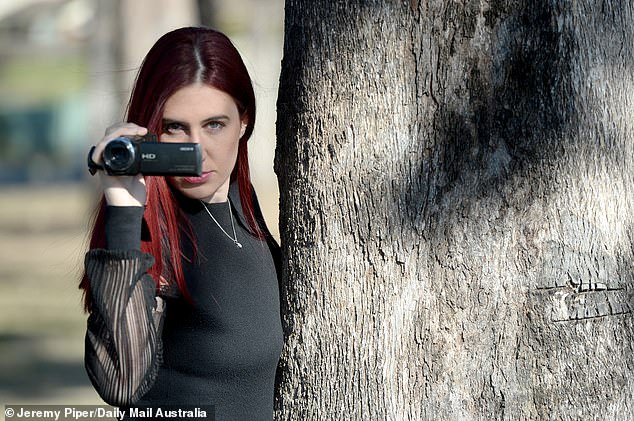 Before she works on the case, Natalija said the client must hand over all the details of where their partner could potentially visit 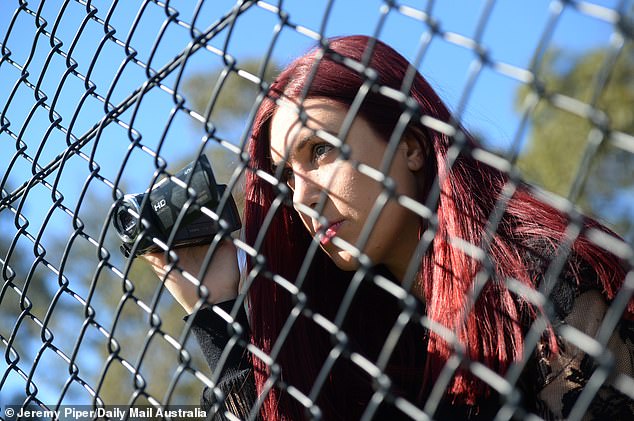 If she wanted to get a closer look at the suspect, Natalija said she would use her dog or drop something in front of them.

‘If I wanted to see who lived in the house, I would take my dog out for a walk to get a closer look – or hold a dog leash and pretend I’ve lost my dog,’ she said.

‘Or I would drop something in front of them, because generally they would usually bend down to pick it up for you, and then you start a conversation.’

Natalija also revealed how she’s gone to extreme lengths to catch a cheater.

‘I recently had to climb a barb wire fence just so I could see where they were going to in the building apartment,’ she said.

‘I’ve hid in bushes, I’ve had to duck down in the car when they walked past and I’ve had to throw a blanket over me.

‘Once, I followed someone along the street, but they turned around and I ran into a pole, they ended up asking me if I was ok. I walked away with a bleeding forehead.’

While she’s discreet most of the time, Natalija said she has been caught multiple times after following the cheaters who were on their way to see their lovers.

‘I have been threatened multiple times,’ she said.

‘There’s only so much I can do until someone sees me. I’ve had my car kicked in because someone got angry when noticed I was following them.

‘Another time, I followed someone, and they did a U-turn, and followed me, they were driving dangerously, nearly causing accidents.’ 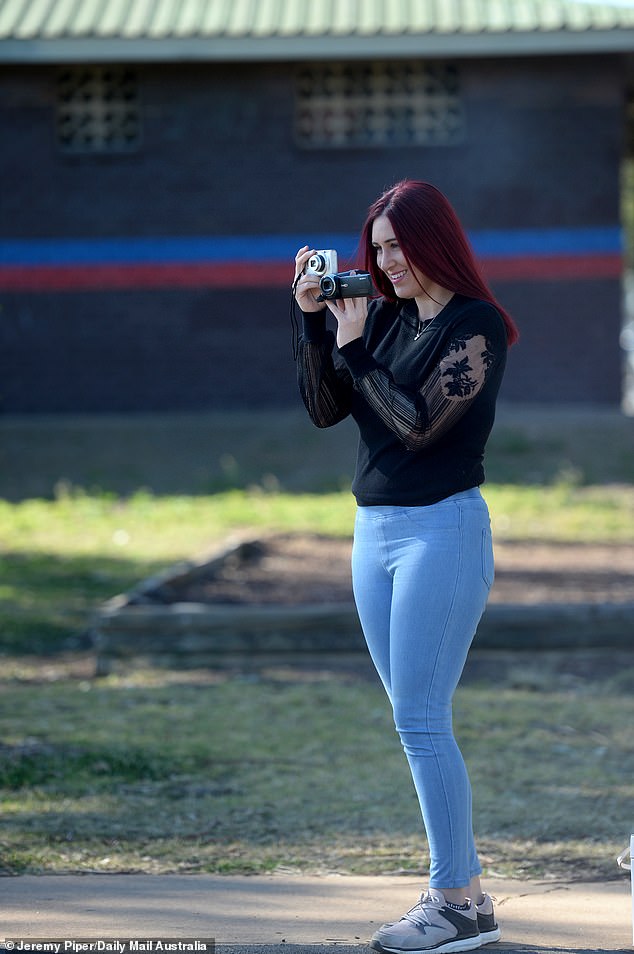 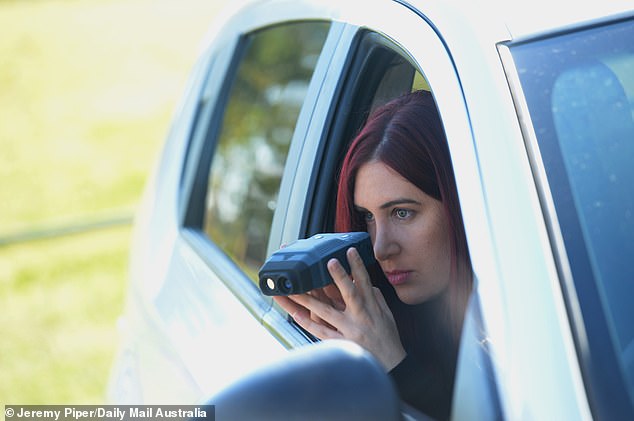 She said you have a suspicion your partner is cheating on you, chances are you could be right

‘It’s hard to have a normal lifestyle. Sometimes I am on call at 4am, the next I’m starting at 10pm,’ she said.

‘Once you tell guys you’re a PI, they either don’t talk to you ever again or they find your job fascinating so they ask me to tell them everything.

‘It’s just a job. I don’t take my job home with me, or put a tracker on your car. I’m a firm believer of you can do whatever you want as long as you respect me.

‘If you’re going to cheat, then what’s the point of being in a relationship?’

‘I loved how Veronica Mars tried to find out who murdered her best friend. Obviously, I don’t have to do that but I found it fascinating how she broke down the cases,’ she said.

‘With infidelity, I’ve always had a passion on finding out why relationships break down, why do people cheat, is it because they’ve lost a physical attraction, what is it? I just want to know.’ 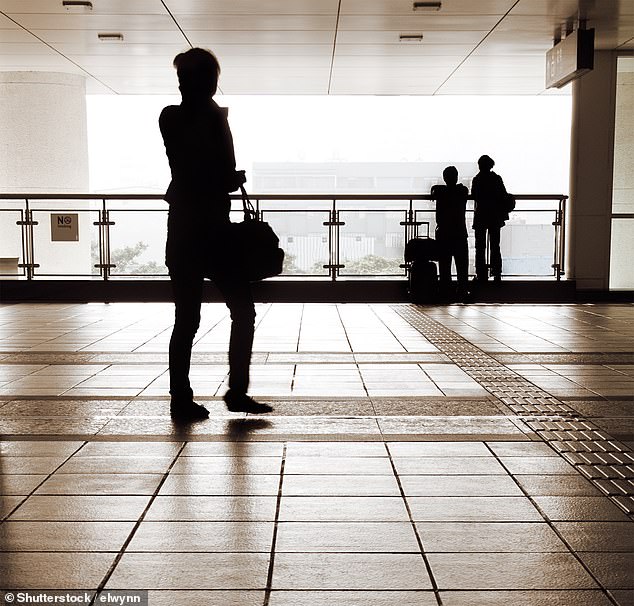 Her job can involve hours of surveillance, following people from all walks of life (stock image) 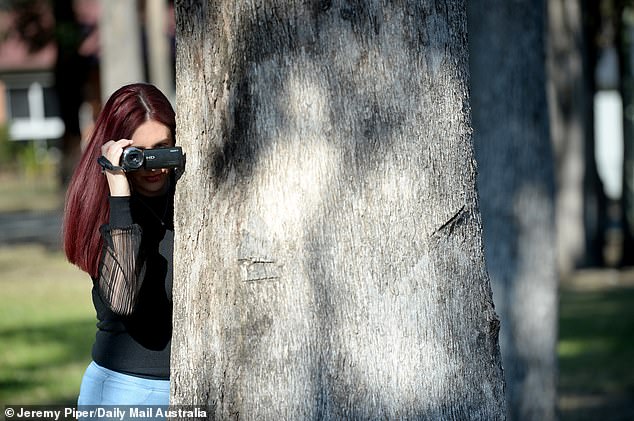 She studied an investigative service course at TAFE – before she set out as a private investigator at the age of 21.

Natalija said if you have a sneaking suspicion your partner is cheating on you, chances are you could be right.

‘Generally, if you think your partner is cheating on you, he’s cheating. Trust your gut, most of the time you’re right,’ she said.

Natalija said the feeling of being able to help people get justice is what makes her job so rewarding.

‘I feel good when I’m helping the clients,’ she said.

‘We’re there to do the job, not be their therapist – that’s the hard part. I’ve had angry clients smash things in front of me, but I can’t give them an opinion. I don’t want to be the bearer of bad news but I’m always happy to help them in a way.’

But despite this, Natalija said she loves her job and the ‘buzz’ it gives her when she discovers the truth for her clients.

‘The highlight of my job is getting to know someone’s life. I just love the thrill of following someone, my heart races a hundred miles a minute,’ she said.