Private investigators have gone undercover to help dismantle what has been dubbed Manchester’s ‘counterfeit street.’

Plain clothes ex-police officers posed as customers and bought bogus goods to infiltrate gangs and the impact has been dramatic.

The number of stores in the Strangeways area, described as the ‘fakes capital of the UK’ last year has reduced to just over a dozen. 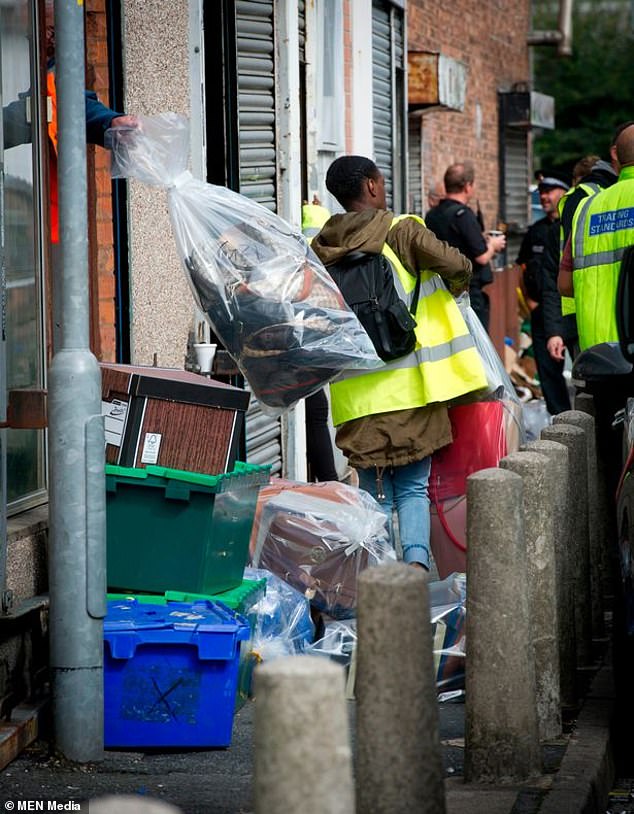 TM Eye Ltd was set up by retired Detective Chief Inspector, David McKelvey, who served with the Metropolitan Police, and regional and national crime squads.

The company are hired by designer brands and also receive legal costs from the court system.

Mr McKelvey said: ‘We have had about 500 prosecutions to date nationwide and all have been successful, only one went to trial, because the strength of evidence we collect is so strong. We have had 92 prosecutions from Manchester.

‘Thirteen per cent of all of our prosecutions have resulted in people going to prison.

‘We launched Operation Mordor in Manchester in 2015 and have been carrying it in phases. One of our covert operations officers lived and worked in Manchester for seven months – resulting in 29 convictions.

‘Many of the properties from where these traders have operated from are actually owned by Manchester city council.

‘We have worked very closely with the council to take back these properties. They are also using criminal behaviour orders to stop people from trading.

‘We know have more intelligence about how Counterfeit Street operates than anybody.

‘We have taken out a lot of the major players. The size of the area in terms of the volume of shops has changed completely – it was completely lawless.

‘But we work with GMP and the council and there is now only 14 stores – which is a dramatic impact. It is the result of outstanding partnership work. We share intelligence with the police.

‘We have the resources and time to do the covert work. Because police have to concentrate more on counter terrorism and organised crime their resources are finite and it leaves a vacuum for counterfeiters to flourish. 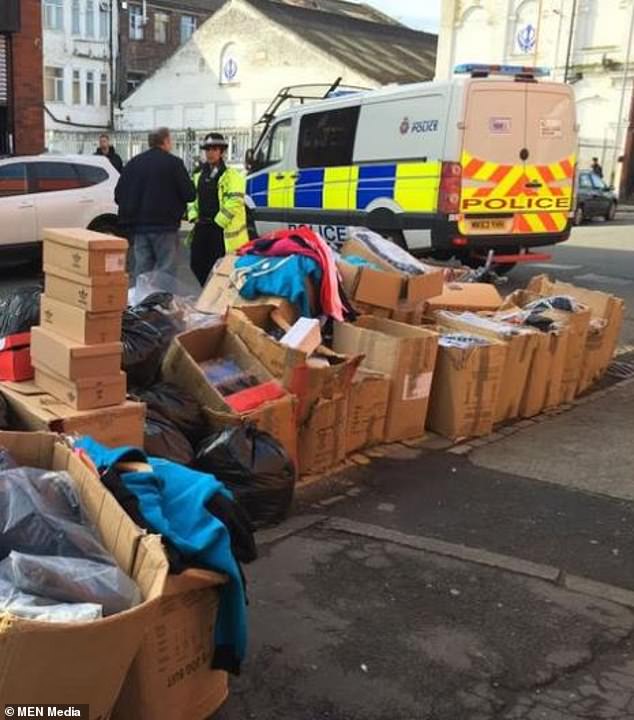 There have been numerous raids by police and trading standards officers resulting in forged goods with a street value of several millions of pounds being seized from stores in the area.

In one raid in Cheetham Hill in 2014, a million counterfeit cigarettes and 70 kilos of fake tobacco with an estimated value of over £5million was confiscated.

While in 2013, £1million worth of fake designer clothes, handbags and footwear were intercepted.

But Mr McKelvey said: ‘It is a waste of time. This is organised crime in its purest form. They have storage units and can replace whatever is seized within a few weeks. It makes no difference to them.

‘The only thing that does make a difference is catching them and convicting them.  If they get a conviction they think twice about resuming the counterfeiting, because if they get caught again they go to prison.

‘We will carry on until we smash them. We are all ex policemen and we are vocational, we are about catching the bad elements.’

The firm uses the Prosecution of Offences Act to being cases and are able to recover reasonable expenses – for the hours worked on a case – and legal costs from defendants.

It is also employed by designer brands to do undercover work.

‘After the raids started to criminals just put in more sophisticated warning systems – they have two-way radios and system of whistles that would go round the shops,’ said Mr McKelvey.

The gangs also use ‘spotters’ to warn them of law enforcement activity.

Steel shutters are fixed to all the premises and CCTV.

Escape routes have been built within buildings to allow the ‘principals’ to avoid arrest.

Shutters are pulled down at the merest hint of a raid – which has resulted in customers being locked inside.

Mr McKelvey said: ‘Despite 30 years of policing some of London’s most dangerous and high crime areas I personally found Cheetham Hill one of the most challenging, lawless, and threatening areas to work in.

‘To have obtained such overwhelming evidence to ensure convictions has been demanding and required dedication from TM Eye detectives.’

In October four shops where counterfeit goods were being sold were shut down following raids in the Strangeways area.

Four properties – consisting of eight rooms – were found to have contained large quantities of counterfeit items.

Town hall bosses hit the businesses with ‘Premises Closure Orders’ to put an end to the ‘anti-social and criminal behaviour’ associated with the shops at 1 to 7 Harris Street.