A private parking firm insisted on fining a company director £20 for parking outside a GP surgery where slots were free for patients – even after she sent them an appointment letter proving she was there for an NHS scan.

Holly Edwards, 34, received a £100 fine for parking outside the Harold Wood Polyclinic in Romford on June 9, but was confident about getting it overturned after she sent ParkingEye the evidence she was there legitimately.

However, the makeup company director was stunned to receive another letter which thanked her for her ‘correspondence’ – but then said she would still have to pay a reduced fine ‘as a gesture of goodwill’. 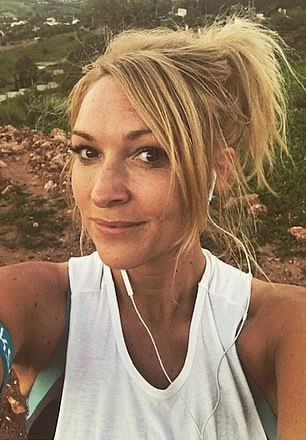 Holly Edwards, 34, received a £100 fine from ParkingEye for parking outside a GP surgery, but was confident about getting it overturned after she sent ParkingEye the evidence she was there legitimately 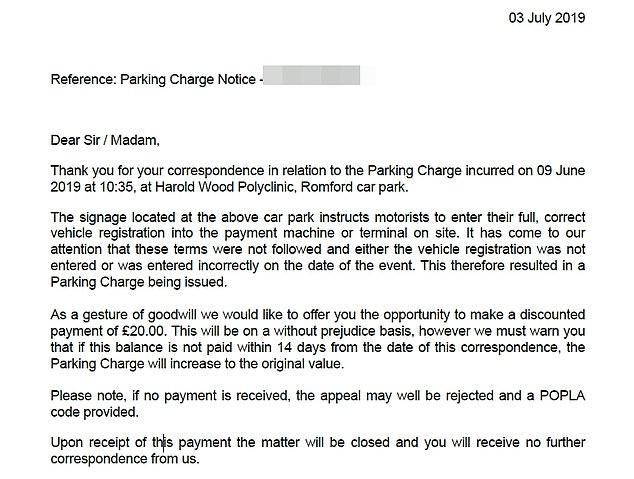 However, the makeup company director was stunned to receive another letter which thanked her for her ‘correspondence’ – but then said she would still have to pay a reduced fine ‘as a gesture of goodwill’

Ms Edwards told MailOnline: ‘Not only was it a shock to receive a ticket in the first place – considering I parked legally – but I was genuinely expecting an apology after I appealed.

‘Having sent all the solid proof which clearly shows I parked there legally I was so disappointed that they continued demand payment.

‘I’m an honest member of the public who was attending a pretty serious health appointment. I’ve shared my proof of that to Parking Eye yet they are still trying to squeeze pennies out of a genuinely innocent person.’

ParkingEye – a private company that makes around £9million in yearly profits – scans the registration numbers of cars arriving and leaving car parks and fines any drivers who have not put their own number on a machine inside the surgery.

In response to Ms Edwards’ appeal, the company did not contest that she was entitled to free parking, but said she still had to pay a fine because she had failed to input her car registration details.

Have you been wrongly fined by ParkingEye or another private parking company?

But Ms Edwards insisted she did type in her registration details as requested – and said the claim she hadn’t ‘angered me even more’.

Controversially, drivers are not given a receipt by the ParkingEye car registration machines, meaning they often have no evidence if the company accuses them of inputting it incorrectly when they receive a fine.

‘I entered my registration into the machine at the reception desk as requested by ParkingEye so I don’t take kindly to be told I haven’t done that,’ said Ms Edwards.

‘Also, I’m an educated girl and I’ve followed the instructions as they were given – clearly this system is flawed.’

MailOnline contacted industry group the British Parking Association, which said it was ‘sorry to hear’ about Ms Edwards’ experience and was ‘launching an investigation’.

Ms Edwards, who is from Loughton in Essex, and owns Holly Edwards Makeup, said she will continue to contest the decision. 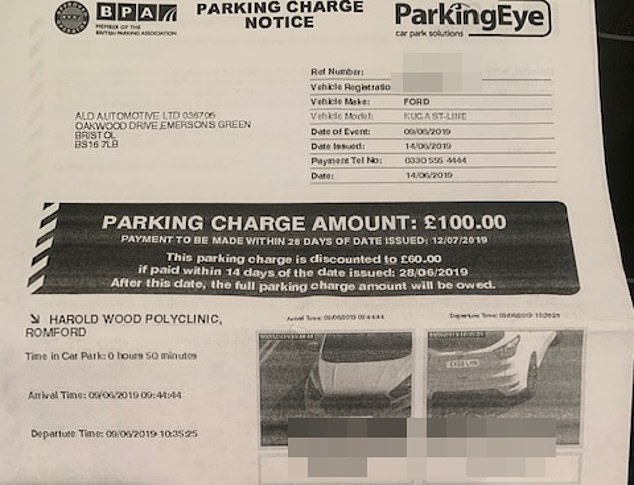 Ms Edwards’ original parking ticket, which was issued by ParkingEye on June 16 this year

ParkingEye’s catalogue of controversy, from fining a dying cancer patient with a Blue Badge to billing a pensioner £70 for missing one digit of her registration number

ParkingEye has repeatedly caused controversy, with many drivers saying they have been unfairly ticketed.

Earlier this month, a terminally ill man was twice fined while visiting Lincoln County Hospital – which operates the system – despite cancer patients being entitled to free parking.

Edward Sutton, 79, who was diagnosed with lung cancer in November 2018, eventually had the fine overturned on appeal, Lincolnshire Live reported.

ParkingEye is one of the biggest private parking company’s in Britain and operates 3,500 sites nationwide

In May, 79-year-old Irene Smith was fined £70 for parking outside an Aldi where she was shopping despite inputting her details into the ParkingEye machine.

It later emerged she had missed one digit, according to a screenshot from the company.

But some drivers have succeeded in turning the tables against the parking giants.

In 2017, top lawyer Nicholas Bowen won a high-profile court victory against the firm after they fined him £85 for overstaying the two-hour time limit at a motorway service station.

A judge struck out the case and ordered the company to pay his costs of £1,550.

ParkingEye is one of the biggest private parking company’s in Britain and operates 3,500 sites nationwide, including hospitals, supermarkets, hotels and service stations.

It uses automatic number plate technology to scan registration plates, and then pays the DVLA to assess the owner’s address, which is the only way it can properly enforce fines. 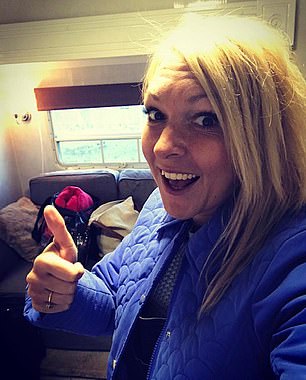 Ms Edwards said: ‘Not only was it a shock to receive a ticket in the first place – considering I parked legally – but I was genuinely expecting an apology after I appealed’

As with several other private parking firms, it has repeatedly been criticised for its aggressive tactics and been forced to climb down on fines upon appeal.

The ten major private parking companies operating in Britain revoked at least 33 per cent of the 14.7million charges they issued in the last four years, a report by consumer group Which? revealed.

The Government is currently drawing up a code of practice to regulate rogue companies following a boom in private parking sharks in recent years.

A ParkingEye spokesman said: ‘In this particular case the motorist was entitled to use the car park for free if they entered the full, correct vehicle registration into the terminal. They failed to do this and consequently a PCN was issued.

‘The motorist appealed the charge stating that they were a genuine user of the car park, however they did not register their vehicle. Consequently ParkingEye agreed to heavily discount the charge to go towards covering some of their costs.’

The spokesman said it did not issue receipts for its machines when no payment had taken place.

Have you been wrongly fined by ParkingEye? Email rory.tingle@mailonline.co.uk 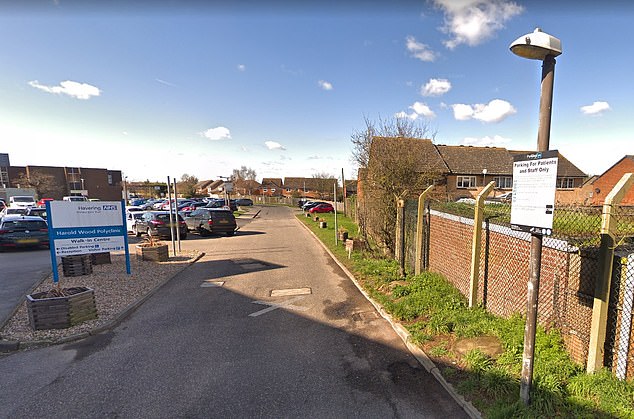 The Harold Wood Polyclinic in Romford, including a ParkingEye sign stating that parking is reserved for ‘patients and staff only’

1 – Check if the company who fined you is accredited by the British Parking Association or the International Parking Community by checking the member lists on their websites. If they are not they won’t be able to get your name and address from the DVLA.

If you get the letter from a company that does not belong to either of the above organisations, then they have got your address so you should reply. However, you can write to the DVLA to make sure they have not got your details illegally.

2 – Write to the parking company to appeal the ticket, including any evidence you have that it was wrongly issued. This could include a valid pay and display ticket, photos of signs that are hard to see or misleading, permission from the landowner or a letter from a witness who can confirm what happened.

According to Citizens Advice, the notice to the vehicle’s owner must be delivered within 14 days after the last day of parking. If it isn’t delivered to you in time, tell the parking company you don’t have to pay the charge.

3 – If you are unhappy with their response then you can appeal to the independent arbitrators. For members of the BPA go to Parking on Private Land Appeals (POPA); for the IPC use the Independent Appeals Service.

4 – If your appeal is rejected then you should pay or the parking company will take you to court. When you can pay you should write that you are ‘paying under protest’ and keep a copy. If you still think you were wrongly fined you can take the firm to small claims court to try and reclaim the money.

Appealing a parking ticket issued by a council is a slightly different process. Visit Citizens Advice for more details and support.