By Matt Powell For Dailymail.Com

An Indian fragrance brand removed their TV advert for body spray and said it had been ‘wrongly perceived’ after critics said it promoted rape culture.

Actress Priyanka Chopra was one of several high-profile figures who blasted the  advert from Layer’r Shot, calling it ‘shameful’ and ‘disgusting’.

The advert, which aired for less than 24 hours, showed four men appearing to stare a woman with her back turned in a store before cutting to one of the men saying, ‘We’re four, there’s one, who takes the shot?’

A close up on the woman shows her frightened face, and only when she turns round it is revealed they are talking about the body spray – which one of the men then takes from the shelf and uses.

An advert from Indian fragrance company Layer’r Shot was accused of promoting rape culture, it showed four men appearing to stalk a concerned woman in a shop (pictured) 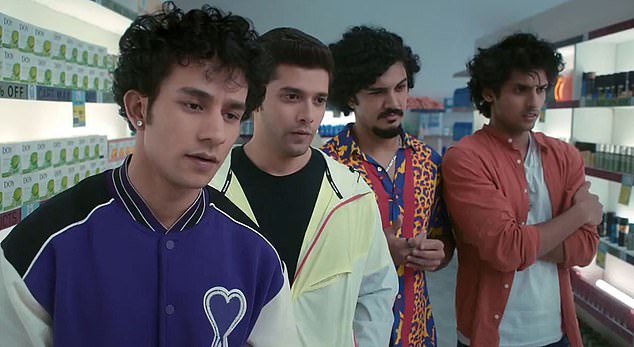 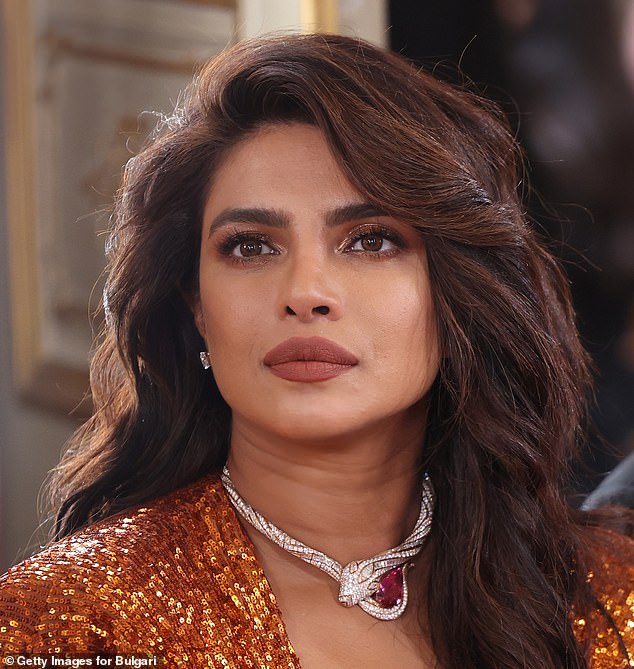 The company said that it voluntarily informed its media partners to stop broadcasting the commercial from June 4.

In a letter to the ministry, Swati Maliwal, chairwoman of the Delhi Commission for Women, said the advert promoted ‘sexual violence against women and girls’ and promoted ‘a rapist mentality among men’.

There have been a number of high-profile crimes against women and minority groups across the country, which is why many were appalled at the advert.

The timing was particularly poor as it was broadcast just a week after a case in which a 17-year-old was allegedly raped by five men in Hyderabad, India.

In April a girl, 13, was allegedly gang-raped by four men in India, only to be raped again by a police officer when she reported the attack.

While a British woman was reportedly raped by a man offering massage services around Arambol beach in Goa earlier this month. 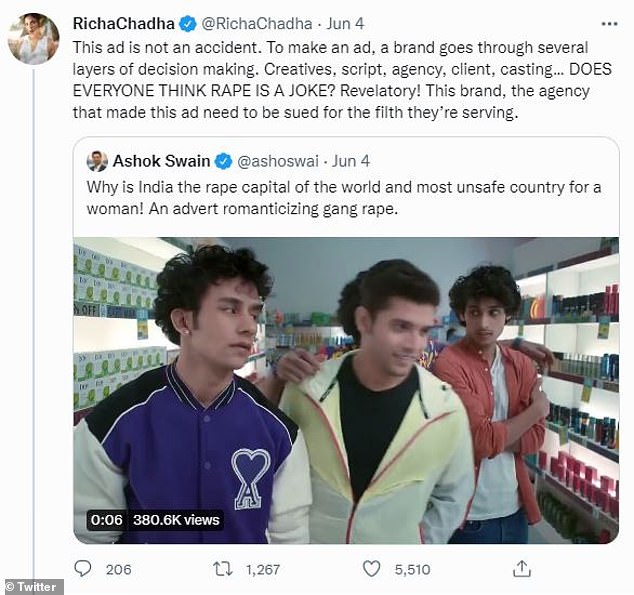 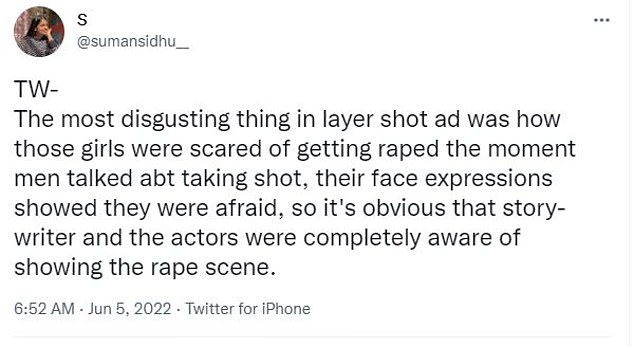 Priyanka Chopra tweeted: ‘Shameful and disgusting. How many levels of clearances did it take for this commercial to be green lit. How many people thought this was ok?

‘I’m so glad that it was called out and now the ministry has taken it down. Appalling!’

Chopra was replying to actress Richa Chadha who said the makers of the commercial should be sued for creating ‘filth.’

She said: ‘Creatives, script, agency, client, casting… does everyone think rape is a joke?’

Ashok Swain, a professor of peace and conflict research at Sweden’s Uppsala University, posted the video on Twitter and said that it ‘romanticized gang rape.’

In a statement Layer’r Shot said: ‘We never intended to hurt anyone’s feelings or outrage any women’s modesty or promote any sort of culture, as wrongly perceived by some.

‘However, we sincerely apologise for the advertisements that consequently caused rage amongst individual and several communities and beg their pardon.’