Night has descended on another day of protests in Barcelona, which saw the city’s downtown filled with angry Catalans protesting the detention of fugitive former leader Carles Puigdemont in Germany.

Police dressed in riot gear struck demonstrators with batons as they tried to push back crowds advancing on the office of the Spanish government’s representative in Catalonia.

Other protesters rallied in front of the office of the European Commission.

A sister protest erupted in the northern city of Girona, where Puigdemont was mayor before he became regional president in 2016.

Thousands answered the call by a pro-independence grassroots group to protest in the Barcelona’s center hours after Puigdemont was detained by German police.

It comes after protests swept the city on Friday, continuing into Saturday, triggered by Spain’s High Court jailing of five Catalan politicians who played a role in the region’s declaration of independence.

However, a grassroots group in favor of Catalonia staying a part of Spain called for another gathering at the same time in Barcelona to show their support for the Constitution in front of the office of the Spanish government’s representative in Catalonia.

Puigdemont fled from Spain in October following an illegal declaration of independence by the region.

His lawyer Jaume Alonso-Cuevillas confirmed German police stopped him on Sunday when he was crossing the border to enter Denmark. 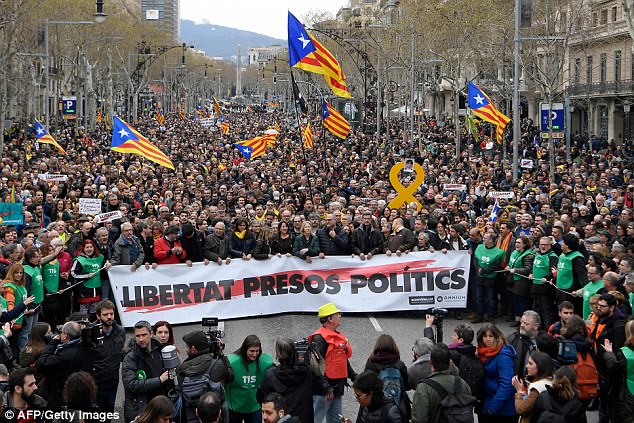 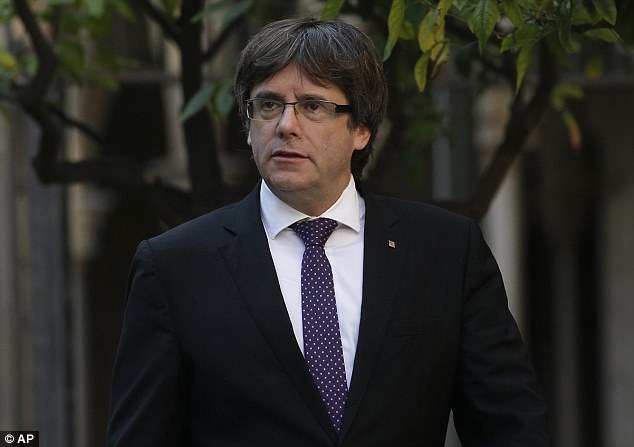 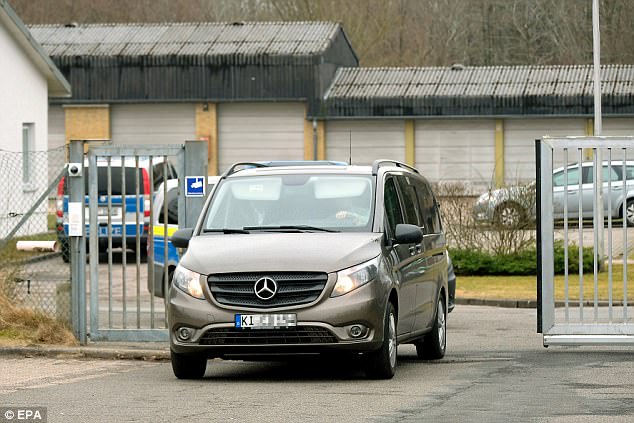 A vehicle believed to have been carrying Carles Puigdemont left a police station in Schuby, Germany, this afternoon 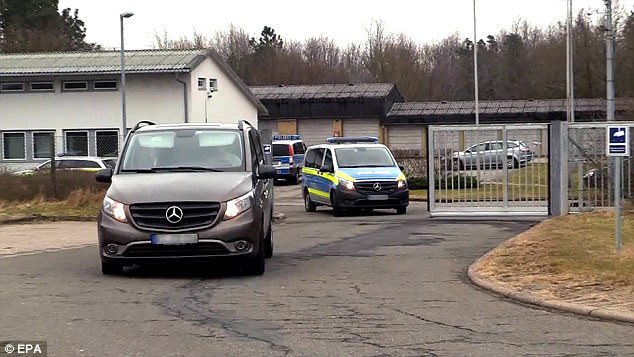 The car was accompanied by a police escort. Puigdemont will appear in court tomorrow 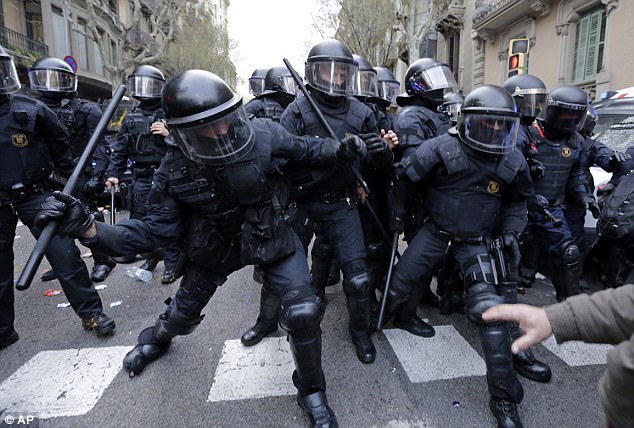 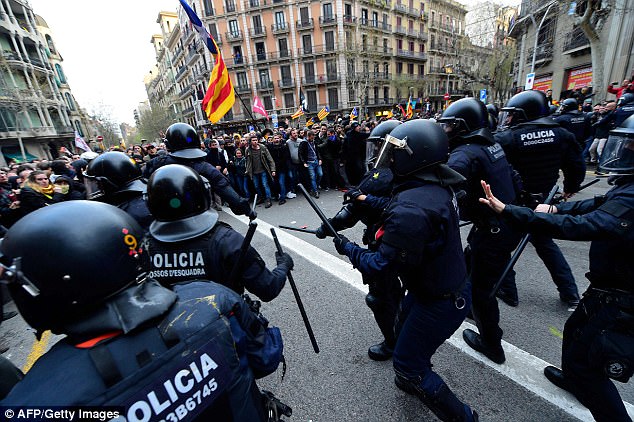 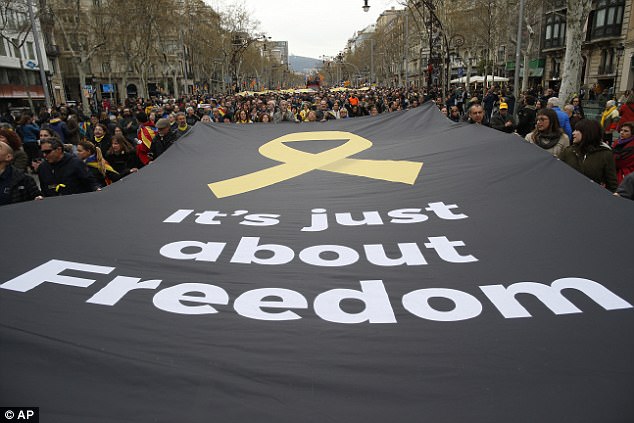 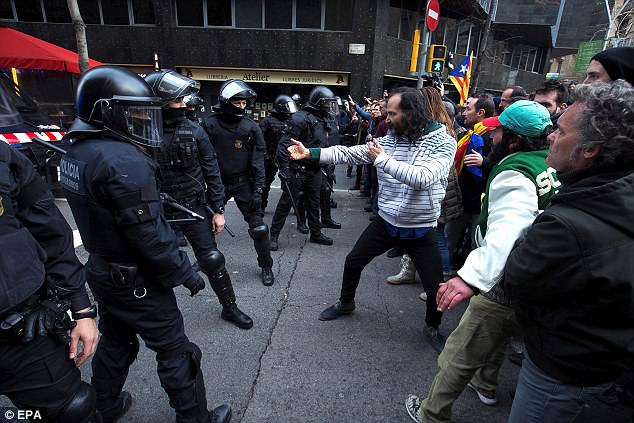 Puigdemont will appear before a judge tomorrow, court officials said.

‘The sole purpose of this appearance is to verify the identity of the person arrested. The regional tribunal of Schleswig-Holstein in the town of Schleswig will then have to decide if Mr Puigdemont has to be taken into custody’ in view of handing him over to Spain, the court said.

The court will then decide if Puigdemont will be formally taken into custody pending extradition proceedings, it added.

Judges ‘will establish on the basis of documents provided by the Kingdom of Spain… if Mr Puigdemont’s transfer to the Spanish authorities is legally founded,’ the court said.

It added that the 55-year-old was currently in detention without providing further details. 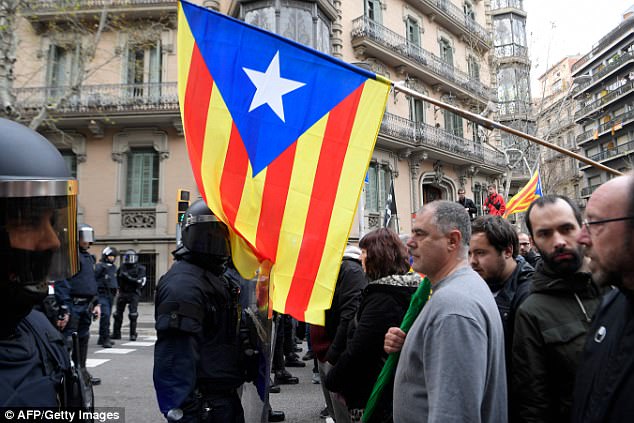 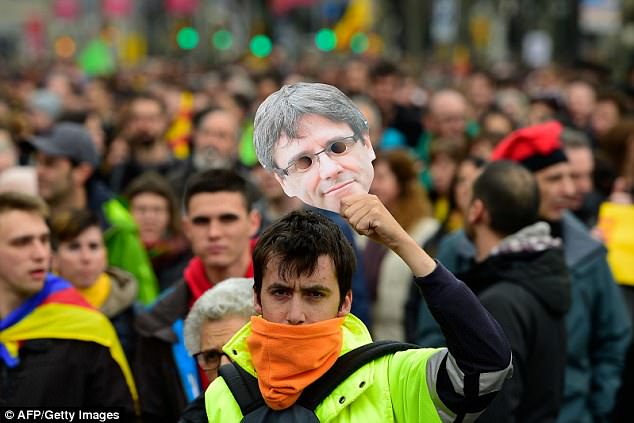 The Schleswig prosecutor’s office said in a statement that ‘the question of whether Mr. Puigdemont has to be taken into extradition custody, will then have to be determined by the higher regional court in Schleswig.’

The statement says that the court will check, based on extradition documents by Spain, if the handover of Puigdemont to Spanish authorities is ‘legally permissible.’

Another former Catalan minister wanted by Spain for her role in last year’s independence bid was also ‘making arrangements’ to surrender to authorities in Scotland, where she had fled to.

A few hours after Puigdemont was arrested in Germany, a spokesman from Police Scotland said: ‘We can confirm that we are in possession of a European arrest warrant for Clara Ponsati. 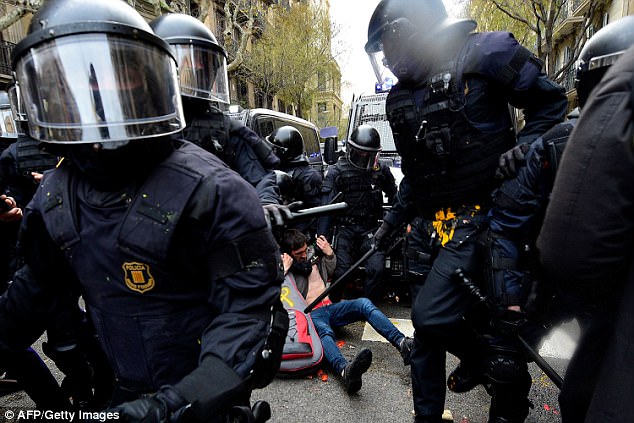 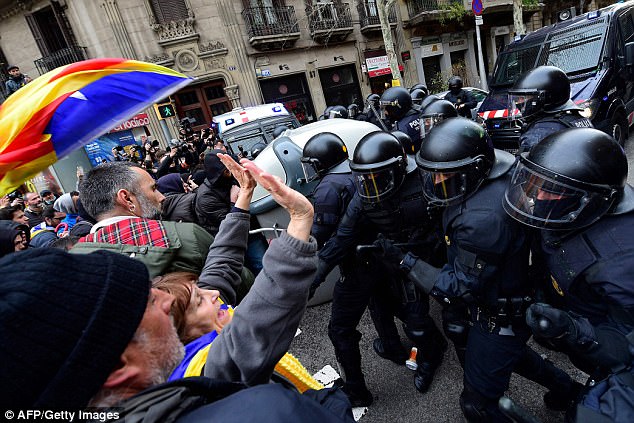 ‘We have made a number of enquiries to try to trace her and have now been contacted by her solicitor, who is making arrangements for Ms Ponsati to hand herself into police.’

Scotland’s leader says officials are legally obliged to follow the extradition procedures for a fugitive Catalan politician in Scotland, even though her government strongly opposes Spain’s decision to arrest and imprison Catalonia’s separatist leaders.

Scottish First Minister Nicola Sturgeon said that Scotland’s support for Catalan self-determination is ‘well-established,’ adding on Twitter on Sunday: ‘I know that many will wish @scotgov was able to do or say more – I understand that.’

But she said that Scottish officials must follow extradition laws, and that the independence of the legal system must be respected despite the government’s political views.

Spain’s Supreme Court said Friday it would prosecute 13 key Catalan separatists including Ponsati for ‘rebellion’, a crime which carries a maximum penalty of 30 years in jail. 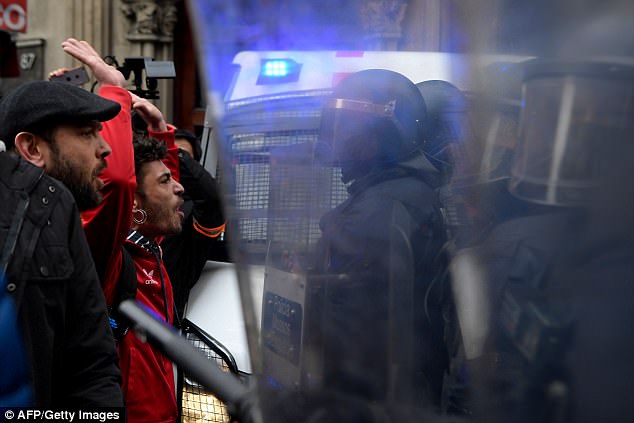 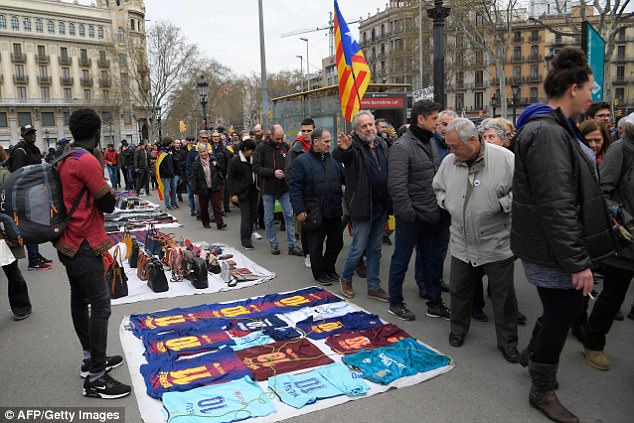 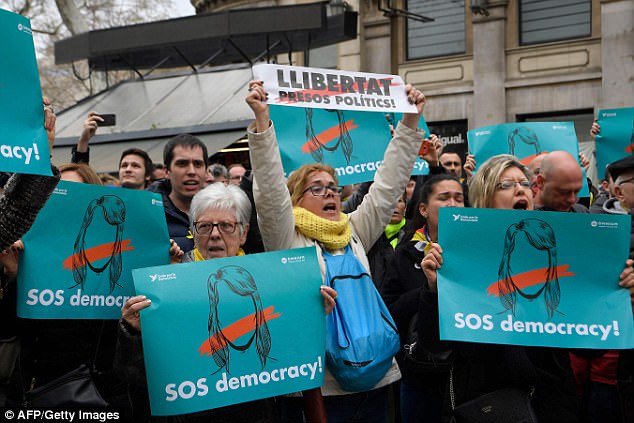 SOS democracy! Protesters hold signs in the streets of Barcelona