His victory comes amid a political crisis as billionaire populist Prime Minister Andrej Babis is fighting police charges of EU subsidy fraud that are hampering his ability to form a government. 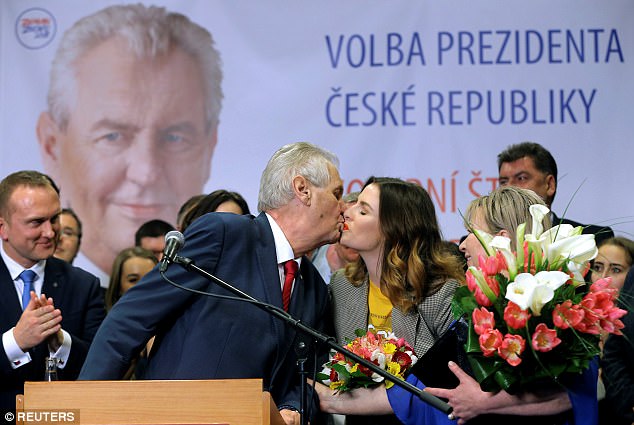 Zeman, a veteran of Czech politics and former left-wing prime minister, won his first term in 2013

Appearing before supporters Saturday, Zeman, 73, called his win ‘my last political victory’ and said ‘no political loss will follow.’

The career scientist and chemistry professor said he planned to stay in politics, but did not provide details.

Zeman, a veteran of Czech politics and former left-wing prime minister, won his first term in 2013 during the Czech Republic’s first presidential election decided by voters, not lawmakers.

Since then, Zeman a diabetic, who walks with a cane and is known to be a heavy drinker and smoker, divided the nation with his pro-Russia stance, support for closer ties with China, and strong anti-migrant and anti-Muslim rhetoric. 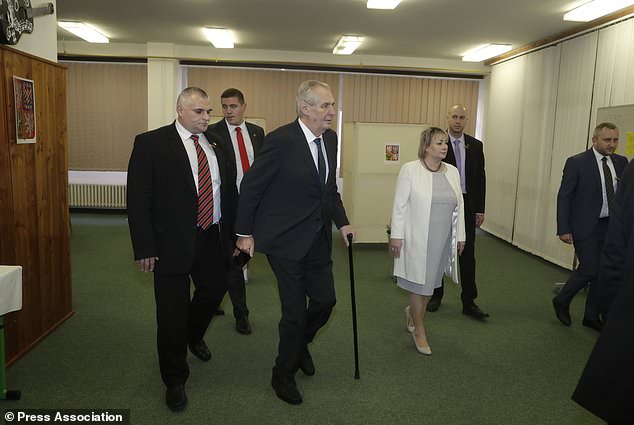 Mr Zeman has sparked controversy with his pro-Russian stance. He called the 2015 migrant crisis ‘an organised invasion’ of Europe, claiming Muslims were ‘impossible to integrate’.

Zeman was one of the few European leaders to endorse Donald Trump’s bid for the White House. He also has proposed a referendum on the Czech Republic’s membership in the European Union like the one held in Britain.

Political analyst Jiri Pehe said the results reflected the ‘very deep polarisation’ of Czech society which is ‘split down the middle’ along rural-urban and populist-liberal lines, echoing divisions elsewhere in Europe and in the US.

‘It’s not only between Prague and other big cities on one side and the rest of the country, but also a polarisation of world views, between people open to the outside world and modernisation, and those rooted in the past,’ Pehe said. 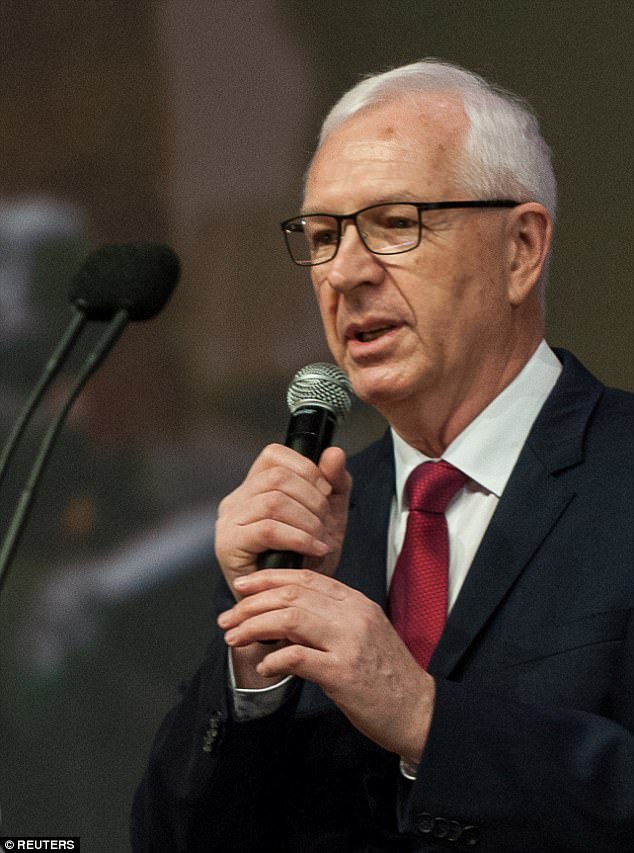 Presidential candidate Jiri Drahos speaking after being defeated in the presidential election in Prague, Czech

‘We see that half of society is afraid of the outside world, globalisation and its challenges.’

In the wake of the 2015 migrant crisis in Europe, the vehemently anti-Muslim Zeman staunchly opposed EU quotas designed to distribute asylum seekers across the bloc.

Even though the country of 10.6 million people has only received 12 migrants under the EU quota system, migration was a key campaign issue.

Zeman’s stance on the European Union echoes other populist politicians in Poland and Hungary who are at odds with Brussels over mandatory refugee quotas and various rules which they see as attempts to limit national sovereignty.

He once called the 2015 migrant crisis ‘an organised invasion’ of Europe, claiming Muslims were ‘impossible to integrate’.

Billboards across the Czech Republic sought to appeal to voters with anti-migrant messages: ‘Stop immigrants and Drahos. This is our country. Vote Zeman!’

The pro-European Drahos had also opposed the EU quota system but had insisted the Czech Republic was strong enough to accept its allotted 2,600 refugees. 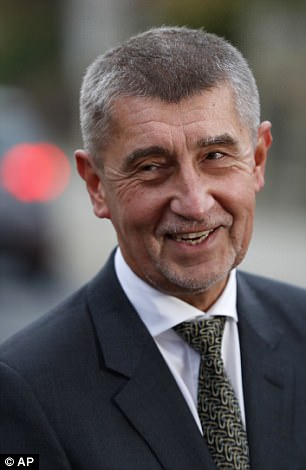 In the final days of campaigning Drahos underscored his concerns about possible Russian meddling in the campaign, saying that ‘for (Russian President) Vladimir Putin’s regime, NATO is the biggest enemy and we are part of NATO.’

Zeman has repeatedly called on the EU to lift its sanctions on Russia over its 2014 takeover of Crimea from Ukraine.

Petr Vasicek, a Prague artist, said he chose the ‘educated and intelligent’ Drahos over Zeman who is ‘pro-Russian and pro-Chinese, which I don’t like at all.’

Meanehile, Daniel Hajek said he had chosen Zeman ‘because he’s opening the door to economic cooperation with countries like Russia and China.

‘It’s important for us, for jobs; our country is at the heart of Europe but we can’t go in just one direction,’ he said in Prague.

Drahos fought off allegations of paedophilia and having been a communist police agent, suggesting the accusations were a smear campaign by Russian intelligence with links to Zeman.

Although largely ceremonial, the president’s role is influential.

He can appoint the prime minister and government, central bank board members, judges and university professors, and sign bills passed by parliament into laws.

Czech TV put turnout for round two at 66.55 percent, against 59 percent for the last presidential ballot in 2013.