£10million bill for probe into Afghan troops: Taxpayers’ money is spent investigating 650 allegations of war crimes on the battlefield a decade ago… but no British soldier has been charged with any offence

A special police unit set up by ministers has spent £10million investigating British troops over incidents during the Afghan war.

But no prosecutions have been brought as a result of the operation, codenamed Northmoor.

Figures reveal the taxpayers’ money was spent probing more than 650 allegations of war crimes committed on the battlefield a decade ago. Meanwhile, some £2,600 was paid to law firms, according to a Freedom of Information request.

The Ministry of Defence said Operation Northmoor had discontinued more than 90 per cent of cases. It is understood that fewer than ten are still under investigation.

The Government has come under fire recently over claims that allegations against troops were not investigated thoroughly enough. But a senior Whitehall source said there was simply not enough evidence.

Operation Northmoor was established in 2014 as an independent Royal Military Policy investigation into UK detention operations in Afghanistan between 2005 and 2013.

Allegations included those from Taliban bombmaker Serdar Mohammed who claimed his arrest and detention for 106 days was illegal.

In 2017 then-defence secretary Michael Fallon said Northmoor would be wound down, but it is still going on despite promises to end the witch-hunt of British troops. 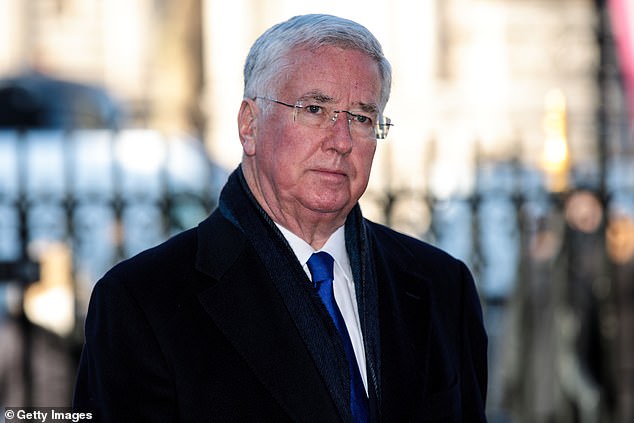 Dozens of soldiers are also still being investigated over their actions in Iraq.

Brian Wood, who was awarded the Military Cross but was wrongly hounded over an incident in Iraq, said: ‘Huge amounts of money is being spent on speculation. There is no credible evidence.’

Boris Johnson has told ministers to find a way to shield troops from relentless investigations, and has pledged to change the Human Rights Act to protect veterans who served in Ulster during the Troubles.

Earlier this month a BBC Panorama programme claimed that killings of civilians in Afghanistan and Iraq have been covered up by the state.

The MoD said the Armed Forces had served with ‘bravery and distinction’ and were held to the highest standards. It added: ‘Any credible claims of wrongdoing are properly and independently investigated.’

Colonel Richard Kemp, who commanded forces in Afghanistan, said: ‘It is scandalous that £10million of British taxpayers’ money should be spent on investigating what are patently false allegations.’