A hospital yesterday cancelled all spinal surgery and commissioned an external review after revealing two patients had died in the past six months as a result of complications.

In total, the Cheshire trust’s spinal services saw four serious incidents between March and August, having had none at all since 2013.

Now the Royal College of Surgeons has been invited to undertake a comprehensive review of spinal services before a decision is made on what steps to take.

‘To a certain extent they could be regarded as complications following the surgery that could happen as part of any surgical procedure,’ he told the BBC.

Later Prof Constable said ‘early indications’ suggested the incidents were ‘related to medical complications and not the surgery itself’.

‘Although these incidents appear very different from each other, as a precautionary measure, the trust, working with our commissioners and regulators, has temporarily stopped doing spinal procedures, until a full external review has been undertaken.’ 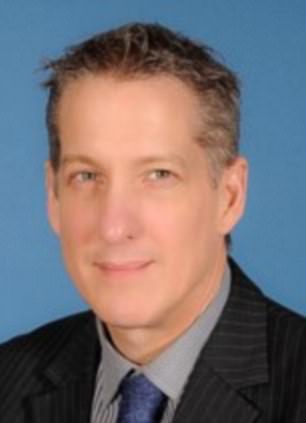 The trust is in the process of contacting patients on its waiting list for spinal surgery to inform them of the suspension, with some likely to be offered treatment at other hospitals.

‘We understand that this may cause concern for patients on our waiting list or being referred in to our services and we sincerely apologise for this,’ Prof Constable added.

Among those patients now facing uncertainty is Susan Rowland, who said she felt ‘emotional’ at receiving the letter cancelling surgery planned for this week.

She told BBC North West Tonight: ‘I just couldn’t believe how they could cancel somebody’s operation less than 24 hours’ notice without giving me a reason.

‘Does this mean I’ve got to wait another 12 months, six months? I don’t know, I’ve got no answers.’

Last year the High Court cleared the trust of negligence after a woman described as a formerly ‘keen sportswoman’ claimed she had been left paralysed from the waist down by unnecessary surgery performed by Ian Shackleford when she was 17.

Judges ruled that it was ‘inconceivable’ that the consultant would not have warned her and her family of the risks of neurological damage before they agreed to the operation.

But in 2010 mother-of-three Michele ((CRCT)) Rudge won a six-figure pay-out from the trust after the former pre-school assistant was left immobile and needing round-the-clock care after undergoing spinal surgery.

Last year the trust carried out 5,639 outpatient spinal surgery appointments and carried out 1,674 spinal procedures across Warrington and Halton Hospitals.