A professor who previously worked at the University of Florida is suing the institution after they investigated him for sexual misconduct.

Kelly A Jordan, 38, claims in a complaint filed last month in Alachua County that he was preparing the leave the school for a far more esteemed and lucrative offer at another university back in 2016 when he was alerted that he would be placed on administrative leave pending a Title IX investigation.

That is when Jordan claims he told the school that he would resign from the program if it was agreed that the investigation into any claims of sexual misconduct would be dropped and there would be no release of any Title IX report.

Jordan finished out the year and stepped down in May, at which time the Title IX report into his alleged behaviors was released to the complainant.

That is when he claims to have gone from courting a number of offers from prestigious schools to finding himself out-of-work.

Jordan was an employee of the Herbert Wertheim College of Engineering, where faculty is prohibited from sleeping with students. 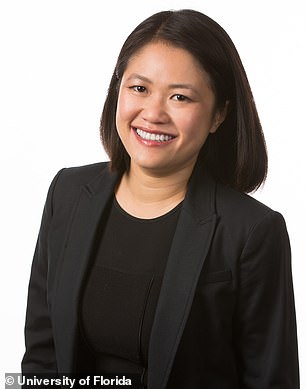 Kelly Jordan claims that the University of Florida released details of his alleged sexual misconduct with a student to derail his career. He wife Pingchien Neo, right, also worked at the school 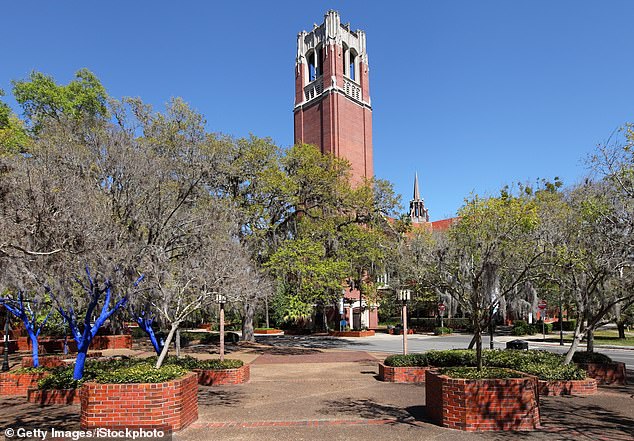 Jordan was an employee of the Herbert Wertheim College of Engineering, where faculty is prohibited from sleeping with students

The Gainesville Sun was the first to report on Jordan’s lawsuit, and also obtained a copy of the 75-page Title IX report.

The student said that the two began having a physical relationship in the Fall of 2015 after going to a bar and doing shots, and by the next year had sex.

This all happened while Jordan was still married to wife, Pingchien Neo, who was and remains an employee of the school’s college of engineering.

The report also claims that Jordan was briefly with another faculty member and made advances towards another student.

Both his affair and marriage were over by the end of 2016, and he was ordered to pay his wife $50,000 in addition to $1,000 in monthly alimony according to records obtained by DailyMail.com.

That was no problem for Jordan, who said he was being actively recruited by top universities thanks to his millions in funding and the grad students he would take with him when he left the University of Florida.

He claims that is why the school launched the sham investigation, with the hopes of derailing his career so they could keep his research money and students.

Jordan is now out-of-work and says he cannot find any employment, losing millions because of an investigation he was told would not be released if he resigned.

He is seeking a jury trial.