Grid girls made a dazzling return to the paddock at this weekend’s Monaco Grand Prix despite earlier being banned by Formula One’s owners.

Harking back to the old days of the sport – a troupe of women dressed in racy outfits graced the grid bearing branding from one of F1’s biggest sponsors Tag Heuer.

And despite being a controversial feature of the struggling sport – their presence seemed to go down well with the drivers.

‘Women are the most beautiful thing in the world,’ said defending world champion Lewis Hamilton.

‘Monaco is a very elegant grand prix and when we pull up to the grid and there’s beautiful women on the grid, that’s the Monaco Grand Prix and that’s a lovely thing.’ 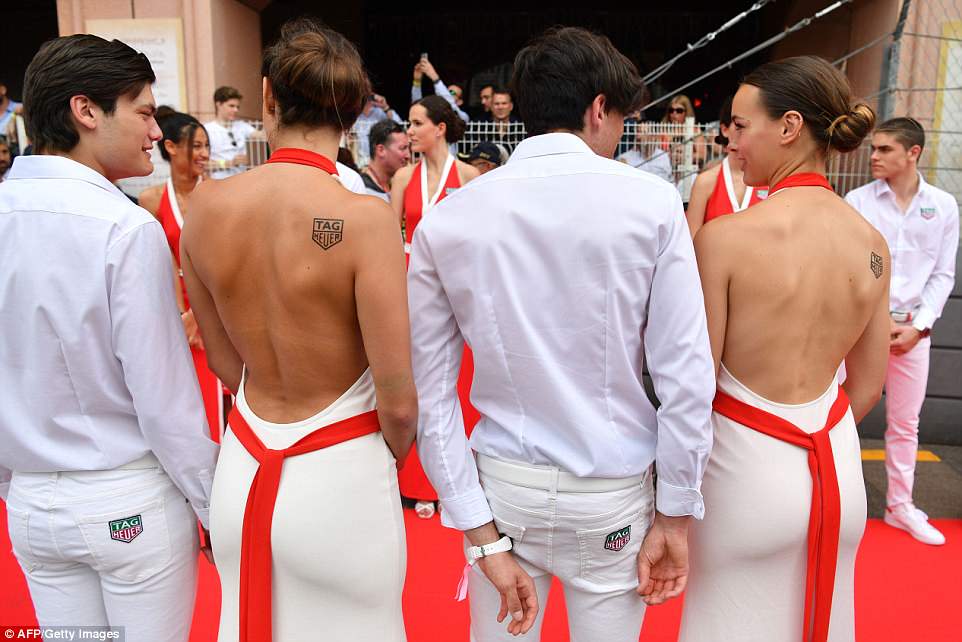 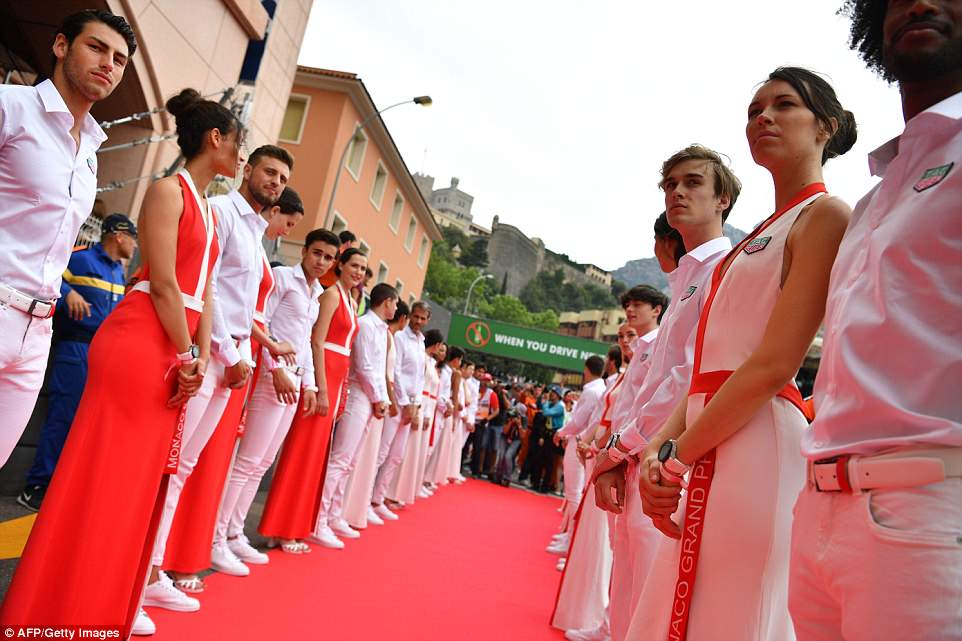 Formula One’s owners Liberty Media abolished the presence of grid girls at the beginning of the season after declaring they were ‘at odds with modern-day societal norms’.

The company then replaced the models with a group of children involved in grassroots motorsport – dubbing the new scheme ‘Grid Kids’.

As in earlier races this season the 20 children were present at the race, lining up alongside the grid girls at the race.

For the race, renowned as the highlight of the Formula One calendar, Tag Heuer brought in both male and female grid people, although they didn’t hold driver’s race placards as they have done in the past. 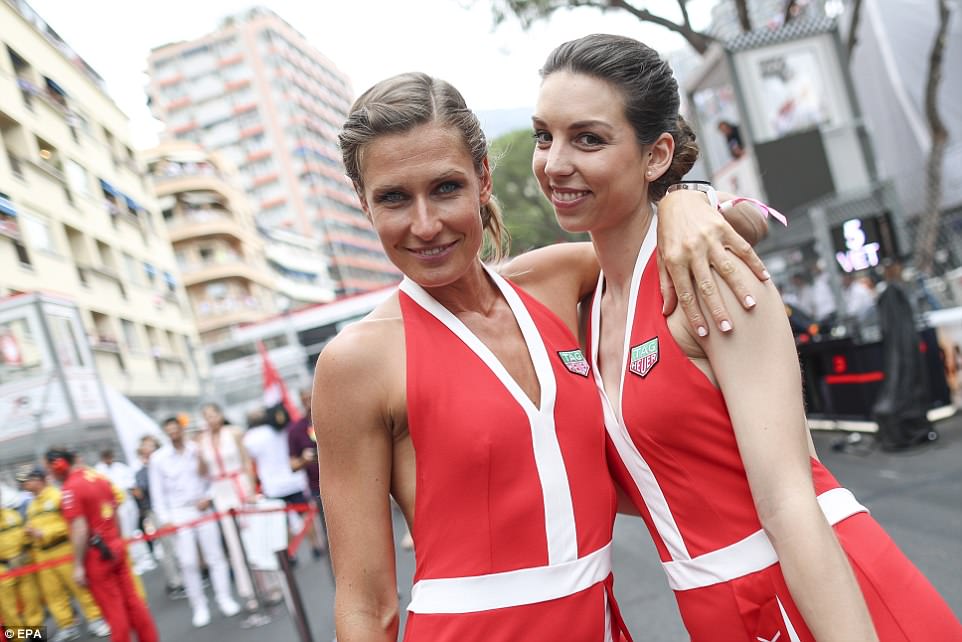 Grid girls bearing the branding of Tag Heuer, a long term partner of Formula One, appearing at the start of the Monaco Grand Prix on Sunday 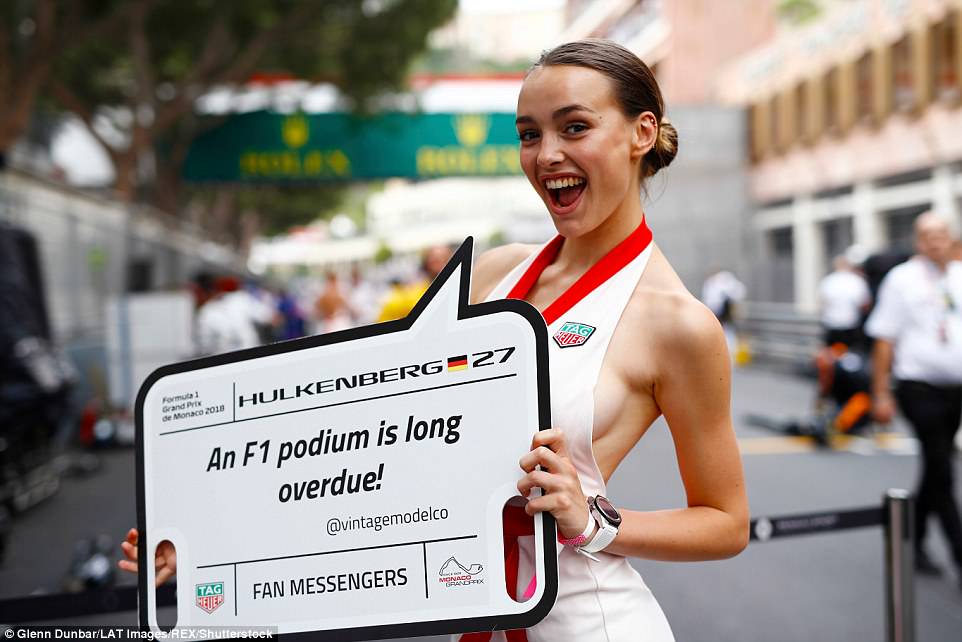 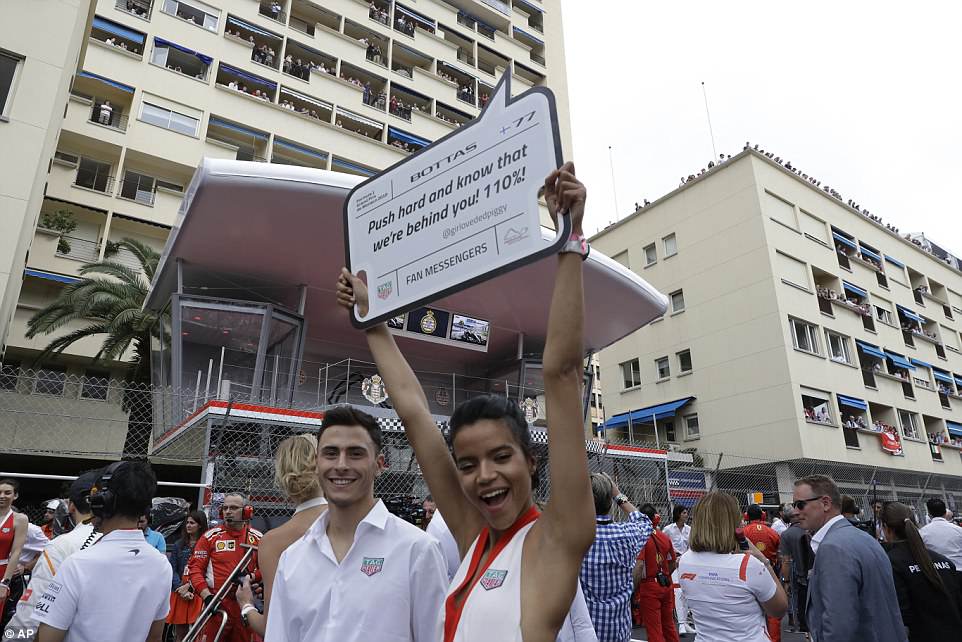 Instead of the traditional driver placards, the grid girls walked the paddock with a variety of messages from fans before the race

The grid’s famous faces said they were happy to see them back in action and added that they believed the debate had been ‘blown out of proportion’.

‘I definitely don’t think we should ever be supporting or pushing these women in general to feel uncomfortable. And if they are, then we shouldn’t do it,’ Hamilton added.

Four-time world champion Sebastian Vettel has also previously spoken out against the ban, saying: ‘The whole thing has been blown up, probably unnecessarily, because I don’t think any of the grid girls in the past were forced to do it. They enjoyed what they were doing.

‘I agree with Lewis. I like women. I think they look beautiful. The bottom line is that there is too much of a fuss nowadays.

‘All the women that took part as a grid girl in the past did it because they want to. I’m sure if you ask any grid girl on Sunday if they’re happy to stand there, their answer will be yes.

‘I don’t think there’s anybody that forces them to do it. So, it speaks a little bit for our time that sometimes there’s a lot of noise for nothing.’ 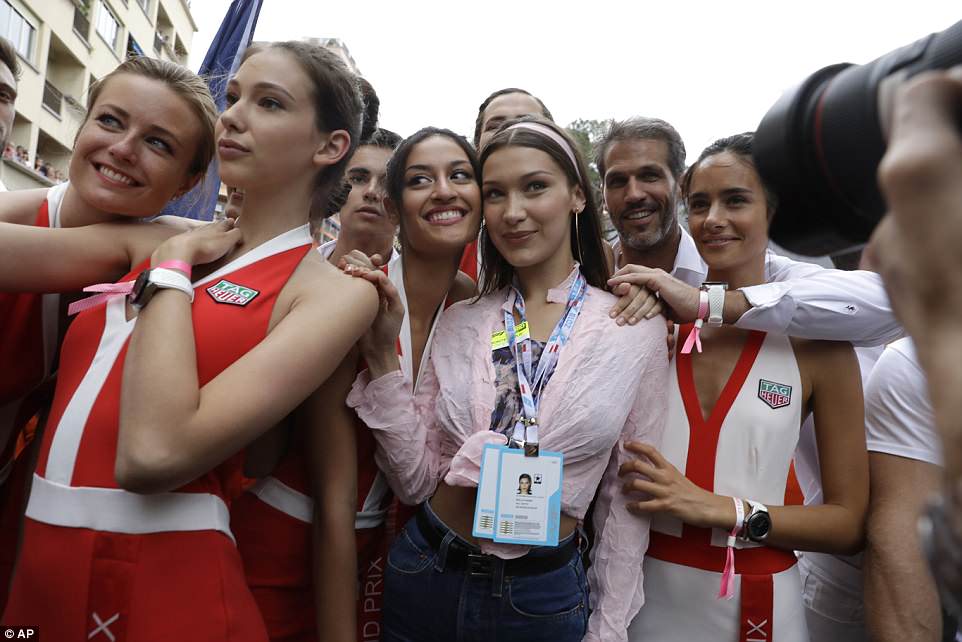 Tag Heuer’s grid girls posing with supermodel Bella Hadid, 21, before the start of the star-studded race on Sunday afternoon 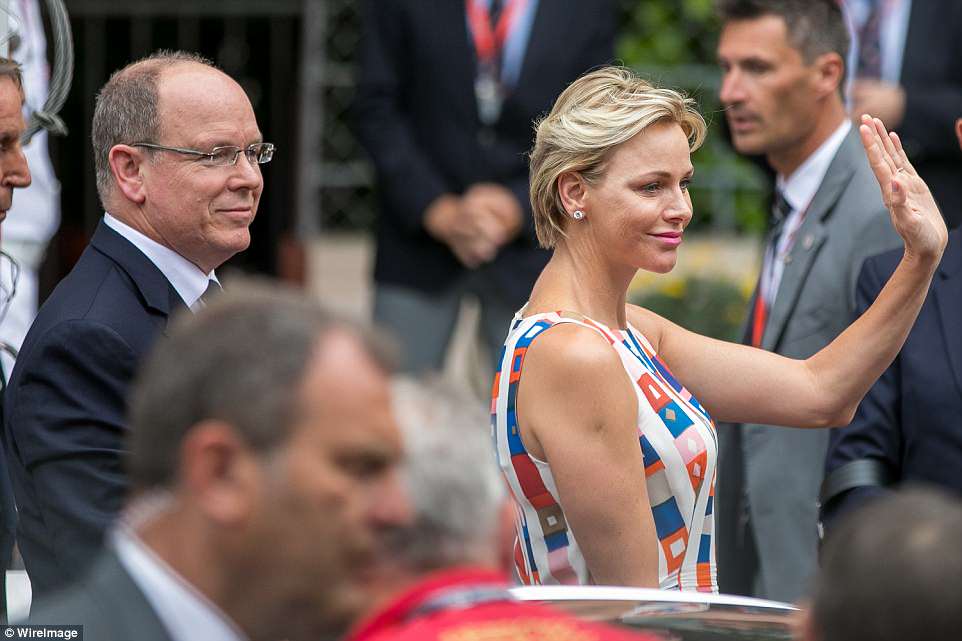 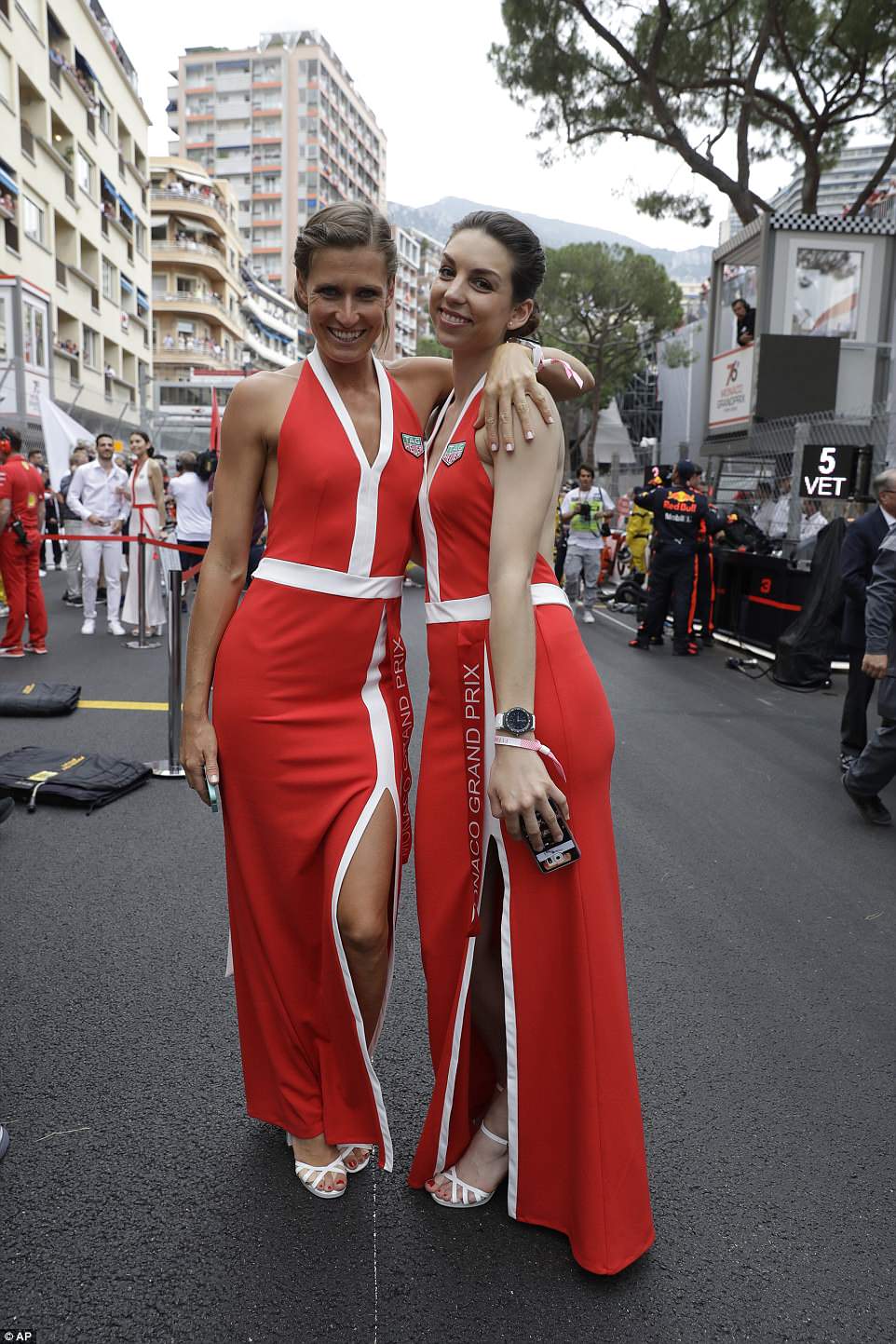 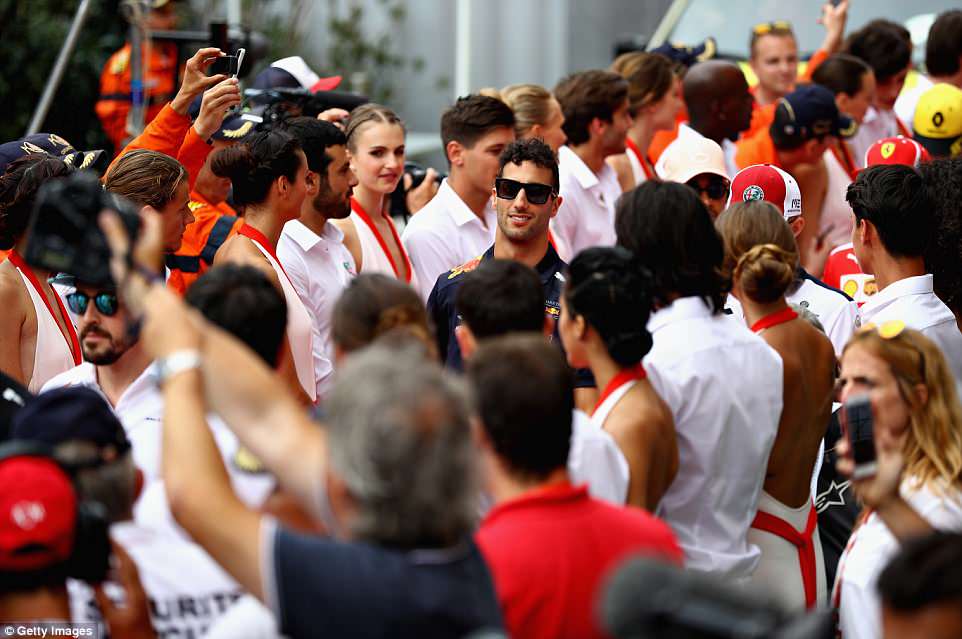