Proof the Great Resignation IS happening in Australia

Proof the Great Resignation IS actually happening in Australia – as bosses are warned: ‘Be alarmed’

New data makes it clear the Great Resignation phenomenon is unfolding in Australia as the unemployment rate approaches levels unseen since the early 1970s.

The national jobless level fell in February to four per cent, the lowest it’s been since August 2008.

Should the jobless rate fall any lower, Australia would have the lowest unemployment rate since 1974.

The Australian Bureau of Statistics has revealed the number of people who quit to change jobs or chase a business opportunity was now much higher than the tally of people being sacked or retrenched.

With more jobs available, it’s clear the Great Resignation which occurred in the United States earlier in the pandemic is now happening Down Under.

‘For the first time there are more people that say they are unemployed because they left their lost job rather than those that lost jobs through redundancy, business failure or poor performance.’

‘Employers need to be alert and a little alarmed,’ he said.

‘The job market is tight and a near record number of jobs are vacant and looking to be filled.

‘To attract and retain staff will require a lot more effort than applied in the recent past.

‘Higher wages and better conditions may require the business to lift prices.’

In February, 175,300 people classified as unemployed said they left their last job voluntarily to try something else, including starting a business, compared with 174,500 who lost their last job. 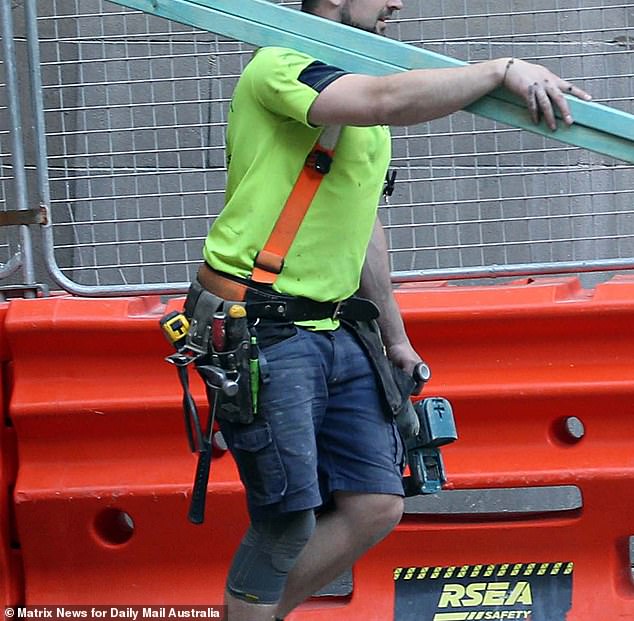 Among the restless, a majority or 501,000 of them, had been with the same employer for more than a year.

In February, a record 384,500 male workers were looking to switch jobs.

This is occurring as workers have more choice in work.

The National Skills Commission’s Internet Vacancy Index rose by 3.6 per cent in February, or by 9,264 available positions, to a 13-year high of 269,746 available jobs.

Job vacancies were at the highest level since January 2006, during the mining boom, for 15 occupations.