Property sales are surging in suburbs where prices are plummeting as bargain-hunting owner-occupiers upgrade during a downturn.

Online real estate sales site Domain has revealed Ryde, Baulkham Hills and Parramatta were among Sydney’s 10 most popular suburbs in 2018.

This was despite data from CoreLogic showing double-digit falls in median house and apartment values, making them among Australia’s worst performing suburbs, as investors fled.

Housing expert Louis Christopher, the founder of SQM Research, said home owners were taking advantage of a downturn in Sydney.

Online real estate sales site Domain has revealed Ryde, Baulkham Hills and Parramatta (pictured) have been among Sydney’s ten most popular suburbs in 2018

‘People who are owner-occupiers sell their property with a view of upgrading in the downturn which is not a bad strategy,’ he told Daily Mail Australia on Friday.

Mr Christopher said panicked investors had weighed down the housing market in Sydney and Melbourne, following an Australian Prudential Regulation Authority crackdown on investor loans since 2017.

‘Overall, I would say that it’s been investors that have been flooding the markets with sales,’ he said.

‘Investors tend to be more momentum-orientated and in down markets, they tend to want to get out and sell. 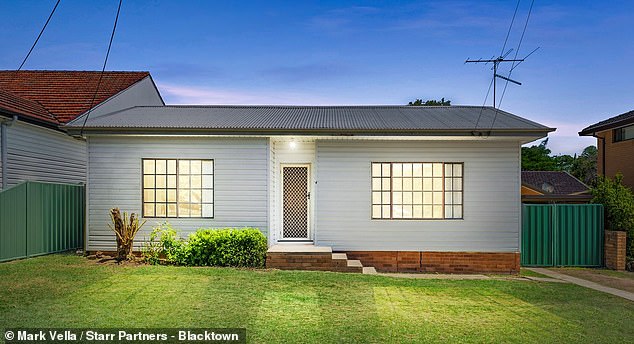 ‘We’ve seen a lot of selling from overseas investors who bought in some years ago.’

Blacktown was Sydney’s most popular suburb in 2018, with 668 house and apartment sales, Domain revealed.

Yet in the year to November 30, CoreLogic data showed median property values in this corner of Sydney’s west had dived by 8.1 per cent.

Ryde, in Sydney’s north, has been Australia’s worst performing suburb, with prices plummeting by 12.1 per cent.

Yet it was Sydney’s sixth most popular suburb on the Domain chart with 473 sales.

Baulkham Hills, which has suffered an 11.3 per cent downturn during the past year, was eighth on the Domain list with 438 sales.

‘On our data, there’s evidence on multiple measurements that the market’s fallen and fallen pretty hard,’ he said. 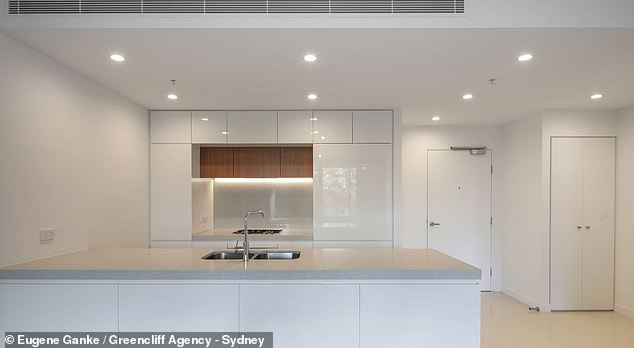 ‘It’s been very much a case of a buyers’ market and a tenants’ market in that region.’

Parramatta, in Sydney’s west, was the seventh most popular market with 467 sales, despite median prices falling by an annual rate of 10.3 per cent.

Suburbs with the biggest drop in median house prices

Dee Why on the northern beaches, Mosman on the lower north shore, Epping in the north and Randwick in the south-east also made Domain’s top 10 list.

Since peaking in July 2017, Sydney’s overall housing market has plunged by 9.5 per cent, despite interest rates being at a record low of 1.5 per cent.

This downturn is expected to be even worse than the 9.6 per cent dive that hit Australia’s biggest housing market between 1989 and 1991, during a period which started with 19 per cent interest rates and ended with a recession.

Between 2012 and 2017, Sydney’s median house price had surged by double-digit figures.

Melbourne’s city centre, which has seen a flurry of new apartment construction, was Victoria’s strongest-performing market with 1,374 sales in 2018, Domain data showed.

Apart from that, most of Melbourne’s top 10 were in outer-suburban areas with Craigieburn in the north and Werribee and Tarneit in the west making the list. 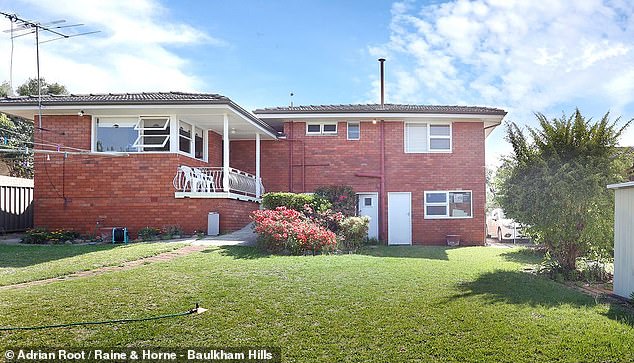 Baulkham Hills was eighth on the Domain list with 438 sales (pictured is a three-bedroom house selling for $950,000 which is marginally above Sydney’s median house price)

CoreLogic and the ANZ bank are expecting real estate values in Australia’s two biggest housing markets to plunge by more than 15 per cent, from their 2017 peaks, which would mark a record downturn.

The federal Opposition has promised to scrap negative gearing for existing homes bought after a yet-to-be specified date in either 2019 or 2020.

‘This uncertainty could feed into a more exacerbated deterioration in real estate prices particularly around the main capital cities,’ he told Sky News on Thursday.

‘We are in uncertain economic times and it may well be this is one plan that may not really come to fruition in terms of generating the revenue they are looking to generate.’