Chancellor Rishi Sunak is reported to be considering plans to wipe out stamp duty paid on homes bought for less than £500,000 to help boost the economy.

Reports this morning suggest the rumoured stamp duty cut would be temporary, but experts have since warned that announcing plans to cut the tax this week while waiting until autumn to introduce them, would put the housing market straight back into deep freeze.

Jeremy Leaf, north London estate agent and former chairman of the Royal Institution of Chartered Surveyors, said: ‘My message to the Chancellor would be – an announcement on relieving the stamp duty burden would be welcome but please either announce that you are changing it one way or another.

‘Please don’t say you are thinking about it or it may be introduced in a few months. Otherwise, you will stop the market in its tracks as buyers and sellers wait to see what will happen before making decisions and you will kill off any or much of the growing increase in activity we have seen since lockdown restrictions were eased.’

Buying agent Henry Pryor agreed: ‘The problem with suggesting a change to how property is taxed is that the market stops and waits while it tries to work out who will gain from the policy.

‘By suggesting that perhaps there may be a holiday in the Autumn means that buyers will put their move on hold until they can work out whether they would be better off waiting until Christmas.’

The number of homes changing hands in the UK fell through the floor between March and June after the government imposed a moratorium on moving house to slow the spread of coronavirus.

Since lockdown has eased, however, estate agents and surveyors have been able to get into properties to value them and activity has picked up dramatically, according to property search sites Zoopla and Rightmove, as well as mortgage brokers who report a surge in enquiries.

But hopes of a house purchase costing several thousand pounds less in the autumn than it would today is likely to put buyers’ plans on immediate hold until the autumn budget is confirmed.

Currently, anyone buying a property in England or Northern Ireland that costs more than £125,000 and who isn’t a first-time buyer must pay stamp duty.

High tax rates have hampered home sales in expensive areas, such as London and the South East, and critics say this trickles down to affect the ability of those further down the property chain to move house as well.

Has stamp duty been cut before?

During the 1991/2 recession a stamp duty holiday was introduced. While transactions slumped and house prices still fell during this time, the situation would have looked far worse without the cut, according to experts at Zoopla.

Another tax holiday was introduced in the 2008 financial crisis. Again, transactions still fell during this time.

In the run up to the general election last year, the Conservatives campaigned on a promise to consider radical reform of the controversial tax by raising the threshold below which properties were stamp duty exempt from £125,000 to as much as £500,000.

But these plans were dropped from the Tory’s manifesto last year and, despite hopes that they would be slipped back into the Budget in March, stamp duty rates remain frozen.

Now it is rumoured that the Chancellor is reconsidering raising the threshold to somewhere between £300,000 and £500,000 for six months to stimulate the housing market and wider economy.

While it’s been suggested that the Treasury could announce the measures this week, they aren’t expected to be implemented until the Autumn budget.

It is this which has led to concerns that in the meantime, the housing market could seize up while buyers wait for the exemption to be introduced.

How would this work in practice?

It is not clear whether the Treasury plans to introduce a new threshold are anything more than wishful thinking at this stage.

This is Money contacted the Treasury for confirmation of reports and were told explicitly: ‘We do not comment on speculation about tax changes.’

However, were a stamp duty reprieve to materialise, it could be brought in in a number of ways: a manner similar to current income tax rules or in the same way existing exemptions in place for first-time buyers currently work.

Under the second scenario however, the exemption would only apply to properties worth up to £500,000, with any purchase prices above that paying the standard rates of stamp duty as normal. 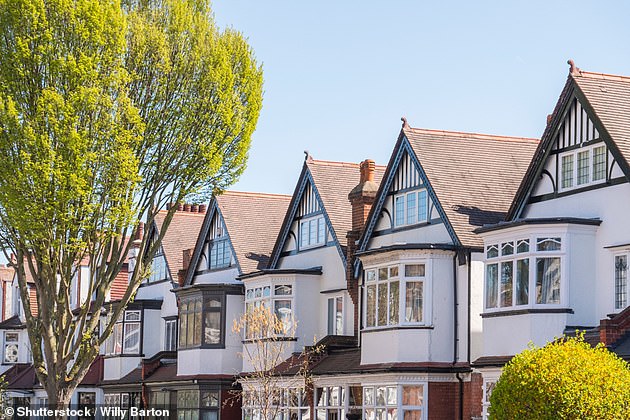 This is currently how the first-time buyer stamp duty exemption works, which doesn’t tax buyers in most of the country on the first £300,000 of their home, unless their home is worth over £500,000, in which case they are not entitled to any exemption.

In London, the rates are slightly higher to reflect higher property prices.

Jeremy Leaf said: ‘Ideally, it would be good to see some softening in the rules for all buyers as a way of improving transactional activity overall.’

As such it would be buyers in London and the South East that would see the most benefit from a stamp duty holiday.

Most first-time buyers in England could see a slight benefit as although they are already exempt from stamp duty up to £300,000 they still have to pay 5 per cent up to £500,000.

If the Treasury decides to fully exempt the duty up to £500,000, first-time buyers along with everyone else would not have to pay the 5 per cent tax. 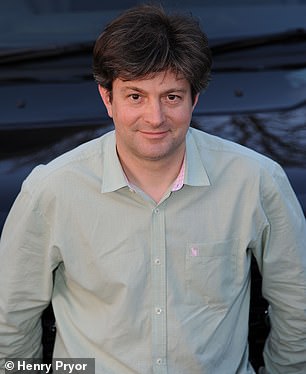 Henry Pryor said: ‘It’s not clear who might benefit from a change. First-time buyers on average paid £213,000 prior to the lockdown and yet paid no tax on any property up to £300,000. They don’t need a hand.’

Pryor added that since stamp duty reform was introduced in 2014 some 90 per cent of buyers now pay less tax than they did before.

He added: ‘Only those people paying over £1million paid more and most of them just paid less for the properties which is why prices for these properties have fallen since.

‘With less money to be paid to the Exchequer buyers will have more money to compete with one another for the homes available thus driving up prices.

‘Ironically, if it is meant to help the young to climb onto the lowest rungs it is more likely to make it more expensive for them to do so.’