News this week that sales of French champagne are soaring while those of prosecco from nearby Italy have fallen is an early Christmas present for those who prefer the real thing to the fizzy interlopers.

With producers vying against each other to tempt back buyers, the nation’s supermarkets are awash with big-name brands all fighting to be our Christmas tipple of choice.

But what kind of champagne can you get away with using for a Christmas morning Buck’s Fizz — and what vintage fizz should you invest in if you want to impress the in-laws?

Here, we pick the best of the current deals and explains why not all festive occasions should be treated equally when it comes to champagne…

BEST TO IMPRESS THE IN-LAWS

If you want to stay on-trend, you need to get your hands on a bottle of so-called ‘grower champagne’. This is actually made by people who grow the grapes rather than vineyards that sell them to one of the big champagne houses.

And Sainsbury’s has got its hands on this just for Christmas (in store only): a slick-looking, great-tasting, vintage fizz from a single estate in the Montagne de Reims region. Made from 100 per cent chardonnay grapes, it’s been aged on its lees (dead yeasts — nicer than it sounds) for more than 12 years, giving it time to develop wonderful nutty flavours.

Finding good champagne that’s nearer £10 than £20 isn’t as easy as it used to be, but this one manages to hit the spot rather than strip the palate, as some cheap champagnes do.

It’s fabulously fresh and light on its feet with lovely lemony fruit and a hint of just-crushed biscuits. Key champagne taste boxes ticked, in other words. Great label, too, so it looks — as well as tastes — more expensive than it is. If you want to add orange juice to your fizz for a breakfast Bucks Fizz, make it with this. 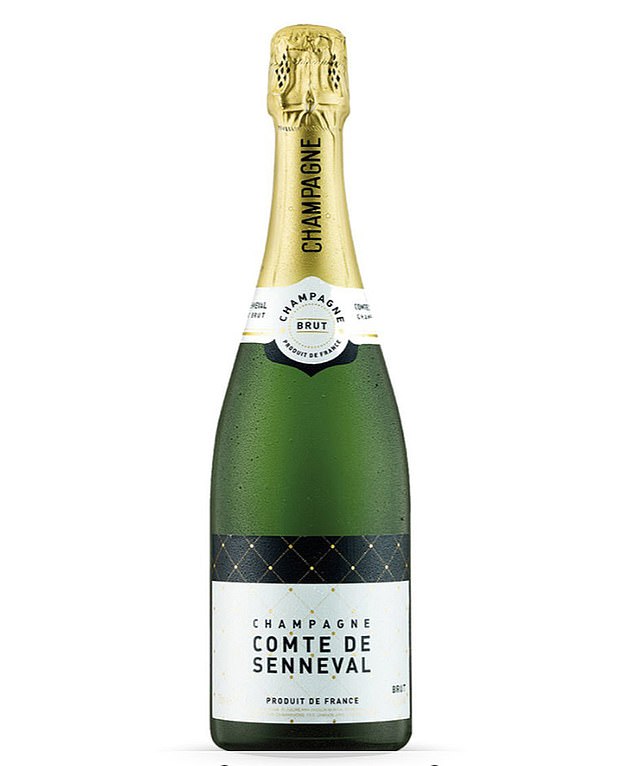 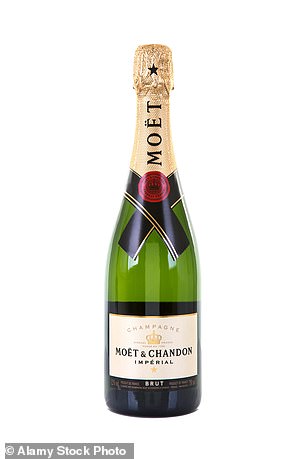 This is the Coca-Cola of the champagne world — it’s everywhere. But big is no bad thing when it tastes as good as Moet does nowadays. (It’s pronounced mow-it, like you would the lawn, just so you know.)

Balanced, bright and very, very drinkable. Sainsbury’s is also offering a further 25 per cent off if you buy six bottles or more at the moment, making this big brand a mere £21.75 a bottle. Bargain!

BEST PINK FIZZ ON A BUDGET

Yes, rose champagne is for Christmas, not just for Valentine’s Day. And Aldi has a cracker here, guaranteed to tickle the taste buds pink. Made by Champagne Philizot, this one’s all red berries, bubbles and fresh toast. It’s a simple take on a classic style, which, at this price, stands up very well indeed.

And it makes an awesome match for anything with smoked salmon on it. Or Frazzles (I’m not joking). 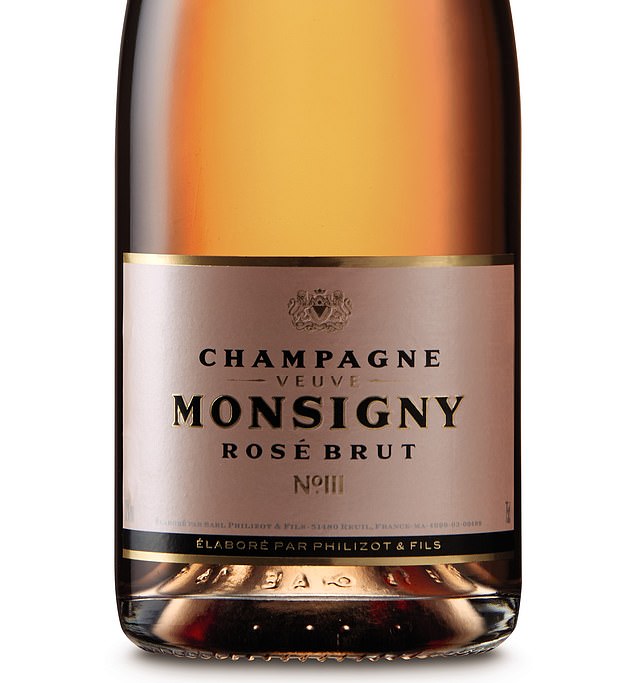 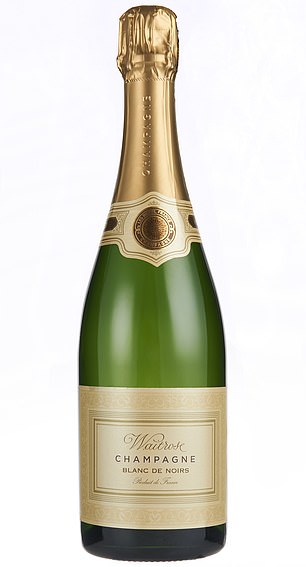 BEST FOR A CROWD

One of the (very) many lovely things about champagne is that it comes in so many styles. This is a Blanc de Noirs, meaning it’s made only from black champagne grapes — in this case 100 per cent pinot noir — so it’s more ripe and round than lean and serene.

And it’s the juiciness that makes it more a lip-smacker than a cheek-sucker, and a great crowd pleaser.

Made exclusively for Waitrose by Alexandre Bonnet, a brilliant producer down in the south of the Champagne region.

Go for vintage champagne rather than normal and it is made with grapes from one particular year. So are they worth it? Not always, in my opinion. But when they’re good, they absolutely are. This perfectly poised fizz punches way above its price, with gentle toasty notes and classy citrus flavours. It’s just won a gold medal at the International Wine Challenge to boot, beating wines at twice the price. A real treat. 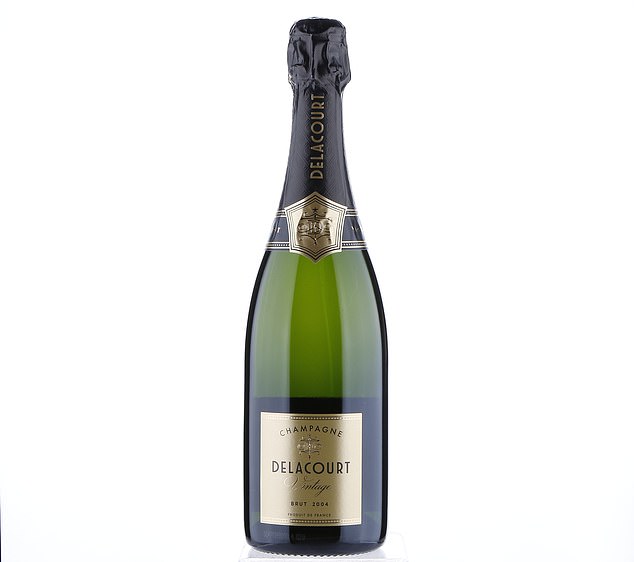 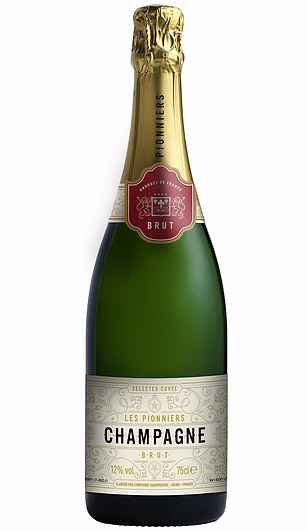 POSHEST FOR THE PRICE

It might not say so on the front label, but if you look closely you will notice that the name behind this particular cuvee is seriously impressive.

Made exclusively for the Co-op by Piper Heidsieck, it’s rich and toasty with lots of gorgeous citrus flavours lying happily underneath.

It’s got more pinot noir and pinot meunier in the blend than chardonnay, giving it some proper red fruit-flavoured oomph.

Lovely stuff, especially with an additional pound knocked off its normal price throughout the festive season. 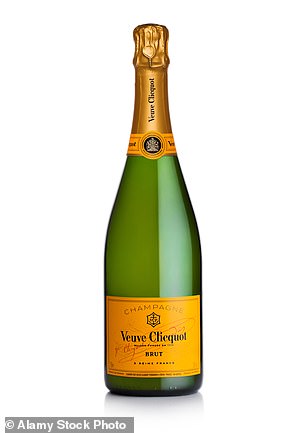 BEST GIFT FOR YOUR HOST

Tesco is slashing a further 25 per cent off its prices if you buy six or more bottles until December 2, so if you’re thinking of stocking up on one of the smarter champagne house big hitters, now’s the time to do it.

Veuve’s Yellow Label is on flying form at the moment, all bottled elegance with a lightly toasted note.

Buy six and it goes down to just £26.25 a bottle. Your host will think you’ve spent much more on them than you have.

AND THE BEST OF THE HOMEGROWN FIZZ… 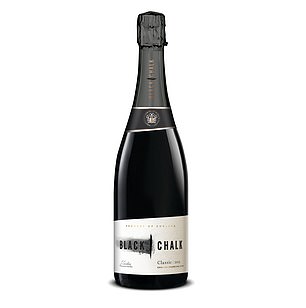 With a similarly cool climate and the same chalky soils, vineyards across England and Wales have been producing sparkling wines to rival the Champagne region for some years now. There are a lot to choose from nowadays, but here are two of the best.

This name is a relative newcomer to the English wine scene, the brainchild of winemaker Jacob Leadley.

He borrowed a winery to create his first wines under the Black Chalk label, made from Hampshire-grown grapes. 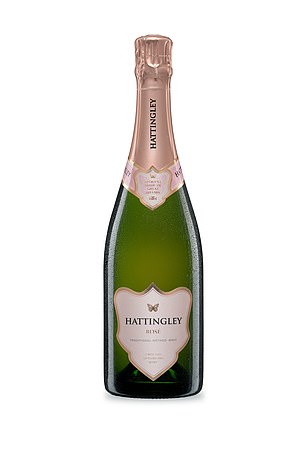 Now he’s on his way to building his own next year — great news because the wines are absolutely gorgeous.

This is one of the smartest English roses currently to be found on their shelves made by award-winning winemaker Emma Rice at Hattingley, which is also in Hampshire.

And 2015 was an amazing vintage in England, producing an outrageously good wine in this case with delicate red berry fruits, a touch of toast and a hint of creaminess.