Federal prosecutors are reportedly considering charging Joaquin ‘El Chapo’ Guzman with the murders of seven US citizens in the 1980s, including one DEA agent who was beaten to death.

DEA agent Enrique ‘Kiki’ Camarena and the other Americans were slain in Mexico in late 1984 and early 1985, when Guzman was a young lieutenant with the Guadalajara Cartel.

Now three former Mexican police officers have come forward to tell US prosecutors that they witnessed Guzman, who is currently in US custody on trafficking charges, participate in the brutal tortures and murders three decades ago, WFAA reports.

The sickening nine-week murder spree was launched in retaliation for a November 1984 raid on a Guadalajara Cartel marijuana farm, where Mexican soldiers acting on a tip from Agent Camarena burned thousands of acres of fields full of the drug.

Witnesses have come forward connecting Joaquin ‘El Chapo’ Guzman to the murders of seven Americans in the 1980s in Guadalajara, where Guzman was a young cartel lieutenant

Soon after, four Jehovah’s Witness missionaries from the US had the bad fortune to knock on a cartel member’s door in Guadalajara – where they were mistaken for undercover DEA agents.

On December 2, 1984 the cartel killed 29-year-old Benjamin Mascarene and his wife Pat, 27, alongside 32-year-old Dennis Carlson and his wife Rose, 36.

‘The women were even raped. We’re talking about an animal here,’ said Hector Berrellez, a former DEA agent who spoke with the three witnesses.

Guzman then lined the four missionaries up in front of an open grave, said Berrellez.

‘He shot them with his Uzi 9mm, and I have witnesses that were there that saw ‘El Chapo’ kill these four Americans after they had been severely tortured,’ the former agent said

The bodies of the four American missionaries have never been recovered.

The next slayings occurred on January 30, 1985, when American friends John Walker, 35, and Albert Radelat, 33, mistakenly entered a Guadalajara restaurant full of cartel members. 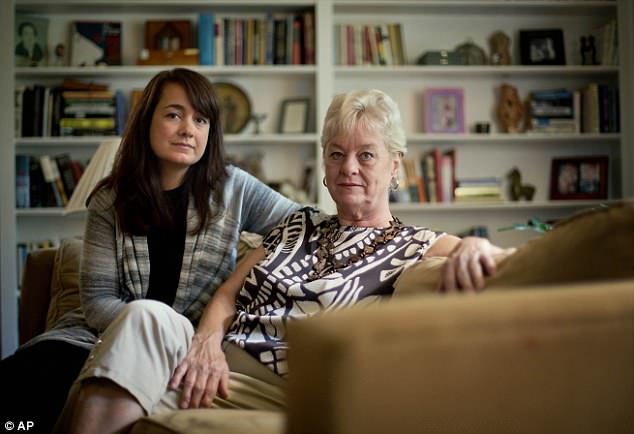 The journalist Walker, a Vietnam Veteran decorated with two Purple Hearts, was in Guadalajara with his young family writing a crime novel. Radelat was a dental student studying at the University of Guadalajara.

Former Jalisco State Judicial Police Officer Jorge Godoy, 57, told WFAA he was working security at La Langosta restaurant for the cartel and saw everything that happened to the two Americans.

‘[Walker] asked, ‘Can I go inside?’ I said, ‘It’s closed and please you have to go. Please go,’ recalled Godoy, who is currently living in the US under witness protection.

As the two Americans walked away from the restaurant, though, cartel boss Rafael Caro Quintero spotted them and ordered them brought back inside, suspecting they were DEA agents, Godoy said.

The Americans were dragged into a back room near the kitchen, Godoy said, where Guzman tortured them with an ice pick while ordering the women cooking nearby to keep quiet.

Guzman cut Walker’s throat and almost decapitated him before helping wrap the bodies and bury them in a nearby park, according to Godoy.

The murder spree culminated with the chilling torture and execution of Agent Camarena, whose work for the DEA had led to the destruction of the cartel’s marijuana crop. 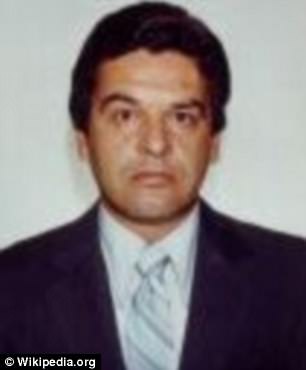 The pilot, Alfredo Zavala, was brought back to the house where 37-year-old Camarena was already being tortured.

‘Absolutely, he [Guzman] tortured both of them,’ Berrellez said. ‘He was seen by two witnesses slap, kick and spit in Camarena’s face. He was involved in physically torturing Camarena.’

Guzman and others were ‘jumping with their knees’ on the kidnapped pilot and DEA agent, breaking their ribs, said Godoy.

Camarena was held and tortured for over 30 hours. When his body was found a month later, his skull, jaw, nose, cheekbones and windpipe were crushed, his ribs were broken, and a hole was drilled into his head with a power drill.

He had been injected with amphetamines as well, likely to ensure he remained conscious during the torture.

Drug lords Rafael Caro-Quintero, Ernesto Fonseca and Miguel Angel Felix-Gallardo ultimately were convicted in Mexico on charges related to Camarena’s murder. Their convictions cleared the way for Guzman to rapidly ascend to power.

The case has remained a bitter issue at the DEA however, especially after Caro-Quintero was released from Mexican prison on a technicality in 2013.

The Trump administration has responded by upping the pressure, adding Caro-Quinto to the FBI’s Most Wanted List earlier this month. 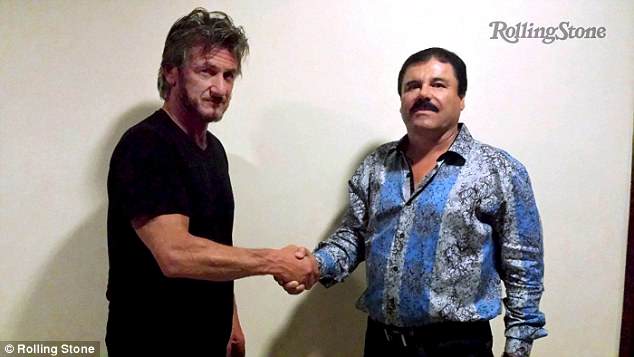 Actor Sean Penn shakes hands with Mexican drug lord Guzman in Mexico prior to his capture. Guzman remains in solitary confinement in Manhattan on a slew of federal charges

Now prosecutors are looking to bring Guzman to justice for his role in the murders as well.

‘The US Attorney’s Office is now interested in the case and I believe it is because of the new [Trump] administration that is there,’ said Berrellez.

The US Attorney’s Office for Los Angeles, which is said to be examining the case, declined to comment on an ongoing investigation.

Guzman is currently in federal detention in Manhattan, where he faces a slew of trafficking and racketeering charges.

He had previously been charged in New York for a dozen murders in Mexico from 2000 to 2008.

Those charges were dropped to smooth the path for Guzman’s extradition from Mexico, which occurred on the final day of the Obama administration.

Guzman, 61, has been held in solitary confinement since he was extradited.

He has pleaded not guilty to all the charges against him. The trial is set to begin in September.