Luqman, who once headed a £300million property empire in the UK before its collapse, is believed to have flown to Pakistan without a passport in June 2011

An arrest warrant for a fugitive tycoon suspected of being the mastermind in one of Britain’s biggest banking frauds has been dropped because it is too much of a burden on the justice system, a court has heard.

Prosecutors applied to scrap the warrant for Shaid Luqman, 51, saying it was becoming an ‘encumbrance’ to continually review the nearly decade old case against him.

Luqman, who once headed a £300million property empire in the UK before its collapse, is believed to have flown from Manchester Airport to Pakistan without a passport and with millions of pounds in cash in June 2011 – just weeks after he was given an electronic tag by the courts for passport fraud.

He was awaiting sentencing for possession of cannabis resin at the time and would also have faced a charge of breaching his electronically monitored curfew by fleeing the country.

But last week a judge at Minshull Street Crown Court, Manchester, agreed to drop the arrest warrant for Luqman after accepting there was no realistic prospect of him returning to the UK.

Multi-millionaire Shaid Luqman fled the country with a trail of debt over the collapse of his £300m business empire.

Although his British and Pakistani passports were confiscated and he was electronically tagged for fraudulently attempting to get a third travel document, Luqman – known as ‘Lucky Luqman’ – sneaked passed airport security officials just two weeks after he was given a suspended prison sentence and fled the UK.

Luqman still remains at large almost ten years on and is apparently living the high life – having brazenly opened a shopping mall in Lahore, started his own fashion boutique and appeared in series of glossy magazine photo shoots. 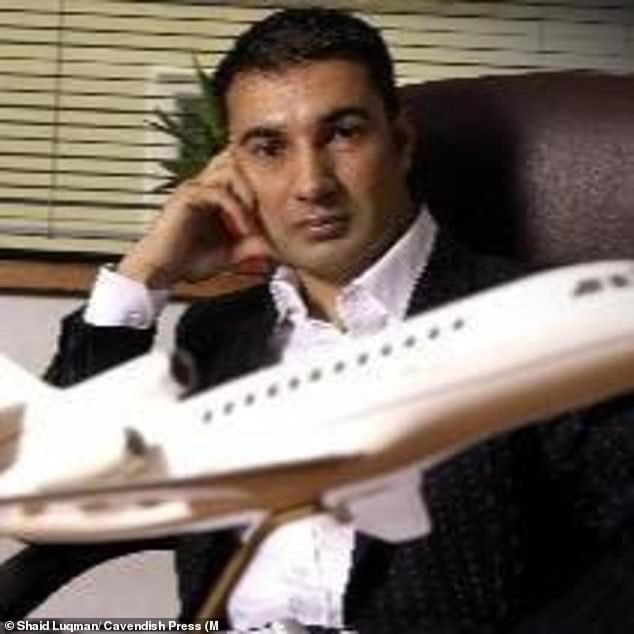 He still remains at large almost ten years on and is apparently living the high life. He even has a Facebook page set up showing a picture of him posing behind a desk with a model of a jet aircraft (pictured)

He even has a Facebook page set up showing a picture of him posing behind a desk with a model of a jet aircraft.

A number of reviews have been held into establishing whether the authorities had made any progress in getting Luqman back to the UK with questions raised as to how he was able to escape.

But last week at Minshull Street Crown Court, Manchester a judge agreed to withdraw the arrest warrant for Luqman after accepting there was no realistic prospect of him returning to the UK.

He will now face no further action over his escape – even if he comes back to Britain – while Britain does not have an extradition treaty with Pakistan, where he is believed to have fled.

Withdrawing the warrant Judge Tina Landale said: ‘As long ago as In May 2018 this case came before me and it was thought he had returned to Pakistan and that was the position in 2014 too. It does seem that he is unlikely to return.

‘The offence for which he was convicted is a relatively minor offence of possessing cannabis resin so this is not a high risk offender and a danger to the public. He failed to comply with a court order. 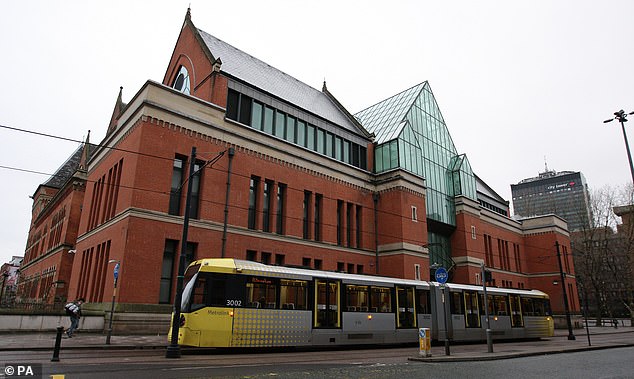 Last week at Minshull Street Crown Court (pictured), Manchester, a judge agreed to withdraw the arrest warrant for Luqman after accepting there was no realistic prospect of him returning to the UK

‘It is not a question of danger so I will withdraw that warrant and bring these matters to a close.’

Luqman built his property empire after buying his first house when he was student studying finance at Manchester University.

By the time he graduated in 1991 he owned 24 houses which he rented out to other students and after working in a bank formed his firm Lexi Holdings in 2000 which provided bridging finance to MPs, footballers and entrepreneurs looking to build property portfolios.

In 2004 he was named ‘Young Entrepreneur of the Year’ by Ernst and Young lived in a £5m secluded mansion in Hale, Cheshire drove a Bentley Continental GT and travelled in his own Gulfstream IV transatlantic business jet.

His property and finance empire financed by bank loans was worth £300m pounds and his £250m personal wealth put him 238th on The Sunday Times Rich List and named as one of Britain’s richest Asians.

But 2006 his property leasing company went into administration with debts of £100m amid allegations of dishonesty.

He was also banned from running a company for 15 years and was branded ‘completely dishonest’ by a High Court judge over a furniture firm he ran.

Luqman also had his business assets seized by administrators and was jailed for two years in July 2007 for contempt of court and found liable for more than £100m in funds allegedly misappropriated from his collapsed business empire. 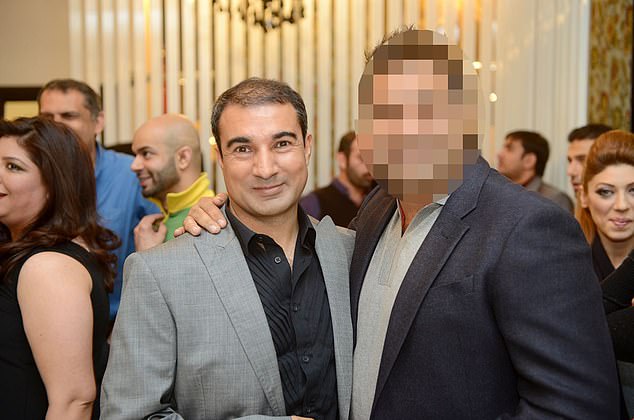 In 2009 he was jailed for another 12 months for contempt after he disposed of two Range Rovers and two valuable paintings and sold land in Pakistan.

But he was spared a third jail term in April 2011, for passport fraud, when he tried to apply for a new passport despite court orders banning him from applying for any travel documents.

He falsely claimed his old passport had been mislaid in a house move and he needed the travel document to see his ailing parents who had been taken ill in Pakistan.

Luqman, who claimed he was suffering ‘flashbacks and panic attacks’, was given 10 months suspended for 18 months on April 27, 2011, and was ordered to wear an electronic tag for three months.

He fled the UK on June 10 of that year with what was described as ‘hundreds of millions of pounds in cash’ gained from Halifax, Barclays and Lloyds banks. 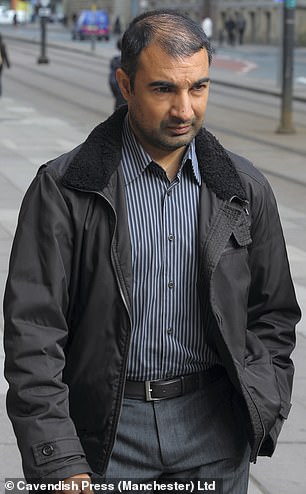 Luqman (pictured) was given 10 months suspended for 18 months on April 27, 2011, for passport fraud and was ordered to wear an electronic tag for three months. He fled the country via Manchester Airport two weeks later

At a previous review hearing In 2017 another judge Angela Nield said: ‘I must say I am quite surprised that he was able to leave the country with hundreds of millions of pounds and a curfew tag. With the security at airports, my other half doesn’t seem to be able to go anywhere without being searched.’

At the latest hearing, prosecutor Miss Gwen Henshaw said: ‘My instructions are to apply that the warranty be withdrawn simply because the matter is so old.

‘There was an application in March this year to do this but at the time it was felt by the court to be a little premature. I renew the application because there has been no further progress in the case.

‘That would be the end of the matter but on balance those who instruct me take the view that continuing reviews of this warrant are an added incumbrance to to the criminal justice system.’

Luqman’s younger brother, Waheed, is also said to be in Pakistan and is also wanted by police in the UK having been jailed for seven-and-a-half years in his absence for fraud in January 2013.

At Waheed’s trial the Serious Fraud Office prosecutors said the Luqman family had defrauded creditors of the company, including Barclays, Lloyds and Bank of Scotland between 2000 to 2006.

Investigators fear £104million was siphoned out of the company to family in Pakistan.

Shaid was described as the ‘prime mover’ in the scam, aided by Waheed in what was a ‘family fraud’.