The Orlando nightclub shooter intended to attack Disney World’s shopping and entertainment complex by hiding a gun in a stroller but became spooked by police and instead chose the gay club as his target, prosecutors said Wednesday.

Prosecutors revealed those details during their closing arguments in the trial of Noor Salman, the widow of Pulse nightclub shooter Omar Mateen.

Salman, 31, is accused of helping her husband in the attack that killed 49 people in 2016. She is charged with obstruction and providing material support to a terrorist organization and faces up to life in prison if convicted. 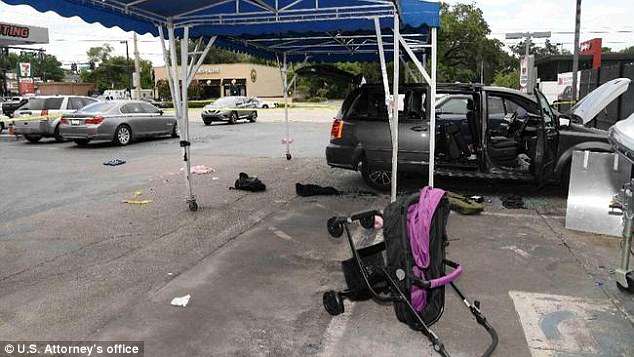 An evidence photo shown in court shows the stroller that Mateen planned to use to conceal a gun to target Disney Springs, his original plan 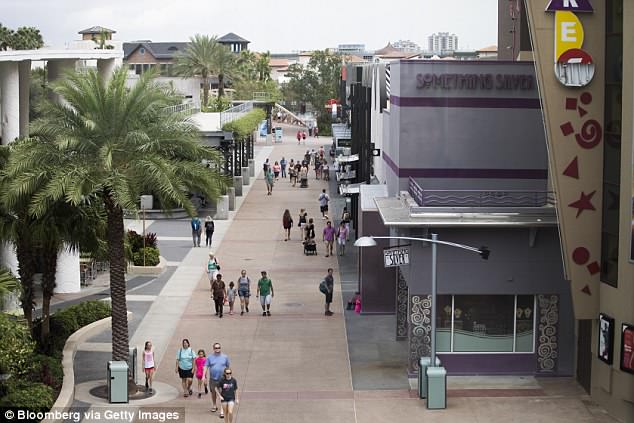 Defense attorneys described Salman as a simple woman with a low IQ who was abused by her husband, and who didn’t know of his plans because he concealed much of his life from her.

Attorney Charles Swift said there was no way Salman knew that Mateen would attack Pulse because he didn’t know he would attack the nightclub until that evening – after he went to the complex Disney Springs.

‘It’s a horrible, random, senseless killing by a monster,’ Swift said. ‘But it wasn’t pre-planned. The importance to this case is that if he didn’t know, she couldn’t know.’

They jury started deliberating shortly before 2pm on Wednesday.

The closing arguments bring to an end an eight-day trial in which dozens of witnesses testified, but not Salman herself. 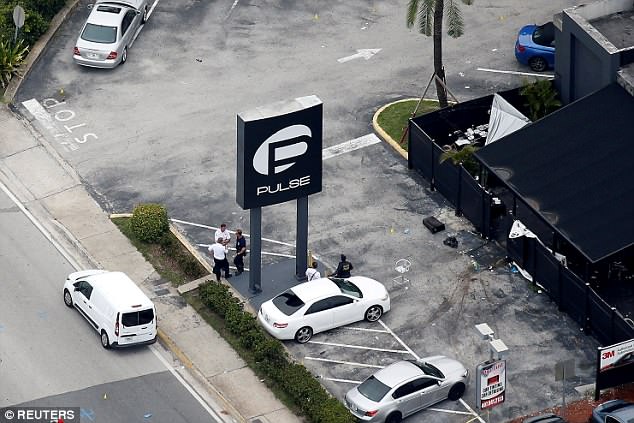 Forty-nine people were killed and nearly 60 injured in the June 12, 2016 shooting at Pulse nightclub in Orlando, Florida

As she came into court Wednesday morning, Salman smiled to some of her family members in the gallery.

He said Salman’s confession was coerced and she signed it because she was tired and feared losing her young son.

The statement said in part that ‘the last two years, Omar talked to me about Jihad.’ Swift said Salman wasn’t an extremist, and thus not capable of such a discussion.

‘She still looks at Hello Kitty and romance novels,’ he said.

Prosecutors said Salman and Mateen had visited Disney in the days before the attack.

Sweeney showed surveillance video of the Disney Springs complex that captured Mateen walking near the House of Blues club in the hours before the Pulse attack. In it, he looks behind him at police officers standing nearby before deciding to leave.

‘He had to choose a new target,’ she said.

Sweeney said Salman ‘knowingly engaged in misleading conduct’ when she spoke to the FBI in the hours after the attack. 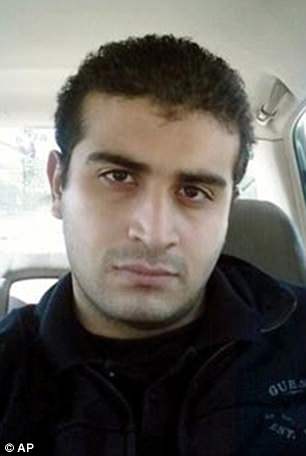 Prosecutors said she claimed her husband didn’t use the internet in their home, but he did. She also told investigators that Mateen had deactivated his Facebook account in 2013, but investigators found that he had an account up until the month of the shooting and was friends with his wife. She said her husband only had one gun when he had three, and that he wasn’t radicalized even though prosecutors said he spent time watching beheading videos and looking at Islamic State group sites.

Mateen, who had pledged allegiance to the Islamic State group, was killed by police in the hours after the Pulse shooting.

Sweeney also said that Mateen had bought a baby stroller and doll at Walmart on June 11 – the day before the attack – and had a plan to hide a gun in the stroller while going to Disney.

Swift took the jury through the hours of Salman’s life before the attack. She called a friend and her uncle in California, saying that she was coming to visit and that Mateen would be joining them.

She talked with her in-laws, ate at Applebee’s and texted Mateen. He didn’t respond. She later went on Facebook, read a book and then texted Mateen again.

‘You know you work tomorrow,’ she wrote.

He responded: ‘You know what happened?’

She wrote, ‘What happened?’

Then he sent his last text: ‘I love you babe.’

Swift said: ‘One person knows what’s happened in this, and one person doesn’t.’