Prostitutes in south east Asia could be fueling the rise of super gonorrhoea, experts today suggested in the wake of a ‘worrying’ new strain of the STI.

Other acclaimed scientists have warned the emergence of the drug-resistant bug – which has been branded the ‘world’s worst case’ – could take us back to the dark ages, when the common STI proved untreatable.

The claims follow yesterday’s report by health officials that revealed an Englishman had picked up a form of gonorrhoea – which is the third most common STI in the UK – that is resistant to two crucial antibiotics.

The unidentified man, who was having regular sex with a woman in the UK, caught the STI during a one-night-stand during his travels to south east Asia earlier this year. Tests have revealed the British woman, who is believed to be his girlfriend, has so far not been infected.

Public Health England has warned the Englishman’s case is the world’s first ever recorded case of the STI not responding to ceftraiaxone and azithryomycin – the two drugs that the World Health Organization (WHO) recommends to be given to patients.

Cases of antibiotic-resistant gonorrhoea – known as ‘super gonorrhoea’ – have been growing in frequency for a few years and have prompted repeated concerns by the WHO, which warned it could become immune to antibiotics in a ‘matter of years’.

In the first recorded case worldwide, an English man caught the STI from a woman during his travels to south east Asia earlier this year

Professor Johnjoe McFadden, a molecular geneticist at Surrey University, suggested it was likely the prostitution in south east Asia could be fuelling the rise of drug-resistant STIs.

Countries such as Thailand, famous for its notorious sex industry, are popular with young British travellers. Government figures show one million Brits make the 11-hour journey to visit the country each year.

Professor McFadden told MailOnline: ‘Anyone who has frequent sex is more likely to have gonorrhoea, and the more frequent the more likely they are to pick up a resistant strain.’

He refused to blame the sex tourism trade in south east Asia, but added: ‘Obviously people who have sex most often in this part of the world are prostitutes.’

Professor Matthew Baylis, from Liverpool University, suggested there may be ‘some people in south east Asia, perhaps, with this strain of gonorrhoea’.

He told MailOnline: ‘He [the man] is unlikely to be the absolute first person in entire world [to get the strain].’ Professor Bailey added he ‘most likely got it from someone else’.

If tests later reveal a population in south east Asia to have this strain of gonorrhoea, then it could take us back ‘to a time before Alexander Fleming and antibiotics were discovered, where it was an untreatable STI’.

COULD THIS BE A CURE FOR SUPER GONORRHOEA?

A new antibiotic was found in the ‘arms race’ against incurable superbugs, The Daily Mail revealed last July.

The drug is a weapon in the fight against a strain of ‘super-gonorrhoea’ similar to that which swept across London, the South East and Midlands.

But the bug, some strains of which are now resistant to every hospital antibiotic, was defeated by British scientists using the antibiotic closthioamide.

While still at least five years away from being available to patients, closthioamide cured 98 per cent of gonorrhoea samples taken from British patients.

The antibiotic, only discovered seven years ago, has also been found to tackle hospital superbug MRSA and deadly E.coli and could go on to be tested against other bacteria, including drug-resistant TB.

Professor Baylis added: ‘Gonorrhoea itself is obviously not the nicest thing, but it’s not the worst STI out there, but, nevertheless, we don’t want to have it in an untreatable way.’

Dr Richard Stabler, an associate professor in molecular bacteriology at the London School of Hygiene & Tropical Medicine, warned the new case of super gonorrhoea was ‘worrying’ because ‘there isn’t really an obvious next set of drugs we would move to.

All three experts called for people to make sure they use protection, which can stop the transmission of the STI, which is the third most common in the UK.

PHE officials yesterday released a report confirming the new case of super gonorrhoea. It announced it had formed an ‘incident management team’ to stop its spread. The BBC branded it the ‘world’s worst case’.

Its report read: ‘This is the first global report of high-level azithromycin resistant N. gonorrhoeae which is also resistant to ceftriaxone.’

The new case follows repeated warnings over the dangers of super gonorrhoea, and other antibiotic resistant bugs, by concerned health chiefs.

WHO raised concerns two years ago the STI, historically known as the ‘clap’, could become immune to antibiotics in a ‘matter of years’. And last year it said some strains are becoming ‘much harder, and sometimes impossible, to treat’.

The new document stated the man – whose location has also been withheld – attended sexual health services earlier this year. 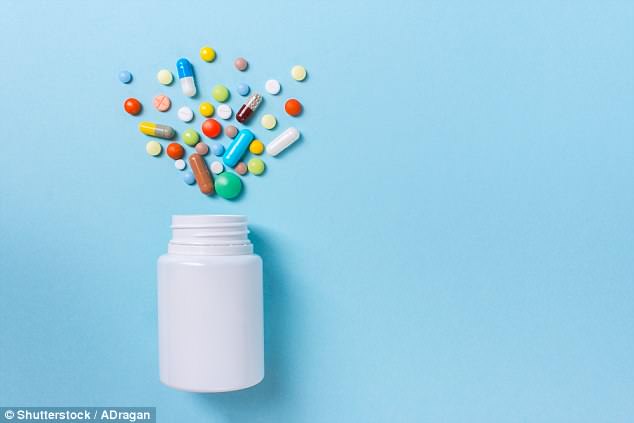 Other acclaimed scientists have warned the ‘worrying’ drug-resistant strain could take us back to the dark ages, when the common STI proved untreatable

IS ORAL SEX FUELING THE RISE OF SUPER GONORRHOEA?

‘Every time you introduce a new type of antibiotic to treat it, this bug develops resistance to it.’

She added that the rapid spread of the antibiotic resistant bacteria has been caused in part by oral sex.

The sexually transmitted bacteria can live at the back of the throat and, because of this, is frequently exposed to antibiotics used to treat throat infections.

Repeated exposure to antibiotics makes it easier for bacteria to evolve drug resistance.

‘When you use antibiotics to treat infections like a normal sore throat, this mixes with the Neisseria species [gonorrhoea bacteria] in your throat and this results in resistance,’ Dr Wi told the BBC.

He was having regular sex with a female in the UK, but also had a one-off encounter with another woman in south-east Asia.

The man told doctors his gonorrhoea symptoms began a month after having sex with the woman on his travels, PHE officials said.

The document does not state whether the Asian woman already had the multi-drug resistant strain of gonorrhoea, or if it mutated.

He was started on a course of ceftriaxone and spectinomycin – but tests showed the STI remained in his throat, suggesting one failed to work.

Laboratory tests revealed a high resistance to azithromycin and ceftriaxone. It also showed the bug was only susceptible to spectinomycin.

The patient – who will be retested in the middle of next month to see if he still has gonorrhoea – is now being treated with daily injections of ertapenem, another antibiotic.

Preliminary STI results for his sexual partner in the UK returned negative for gonorrhoea. She is being followed up.

Dr Gwenda Hughes, head of STIs at PHE, said: ‘We are investigating a case who has gonorrhoea which was acquired abroad and is very resistant to the recommended first line treatment.

‘First line treatment for gonorrhoea is a combination of two antibiotics (azithromycin and ceftriaxone). This is the first time a case has displayed such high-level resistance to both of these drugs and to most other commonly used antibiotics.

‘We are following up this case to ensure that the infection was effectively treated with other options and the risk of any onward transmission is minimised.’

More than 35,000 people a year are infected with gonorrhoea in England, including record numbers of baby boomers. Only chlamydia and genital warts are more prevalent. Figures show 78 million people worldwide contract gonorrhoea each year.

But a ‘super’ version of the STI, which is caused by the Neisseria gonorrhoeae bacterium, swept across Britain two years ago, striking London, the South East and the Midlands.

It was resistant to the common antibiotic ciprofloxacin and extended-spectrum cephalosporins, which are the drugs of last resort.

A WHO analysis of STI data around the world previously revealed 97 per cent of countries have reported strains of gonorrhoea that are resistant to ciprofloxacin.

A further 81 per cent stated there was increasing resistance to just azithromycin. And more than 50 countries warned strains were showing some form of resistance to ceftraixone – another last-resort treatment.

Chief Medical Officer Dame Sally Davies has previously written to GPs warning that gonorrhoea could become an ‘untreatable disease’ and that antibiotic resistance could take humanity back to the ‘dark ages’.

Super gonorrhoea is one of many antibiotic-resistant infections which together kill an estimated 700,000 people worldwide each year.

Deemed to be one of the biggest threats to humanity, the issue has previously been cited as severe as terrorism and global warming.

Antibiotics have been so overused by GPs and hospital staff for decades that the bacteria have evolved to become resistant.

WHAT ARE THE SYMPTOMS OF GONORRHOEA?

More than 35,000 people a year are infected with gonorrhoea in England, including record numbers of baby boomers. Only chlamydia and genital warts are more prevalent.

Symptoms usually strike within two weeks of infection – but can stay hidden for many months.

In women, symptoms of gonorrhoea can include:

In men, symptoms of gonorrhoea can include: