Iraqi Prime Minister Adel Abdul-Mahdi said Friday he would submit his resignation to parliament, a day after more than 40 people were killed by security forces and following calls by Iraq’s top Shia cleric for lawmakers to withdraw support.

In a statement, Abdul-Mahdi said he ‘listened with great concern’ to al-Sistani’s sermon and made his decision in response to his call and in order to ‘facilitate and hasten its fulfillment as soon as possible.’

‘I will submit to parliament an official memorandum resigning from the current prime ministry so that the parliament can review its choices,’ he said. Abdul-Mahdi was appointed prime minister just over a year ago as a consensus candidate between political blocs.

An Iraqi demonstrator wearing a gas mask flashes the victory gesture while celebrating the resignation of Prime Minister Adel Abdul-Mahdi’s government, during a demonstration along Rasheed Street in the centre of the capital Baghdad 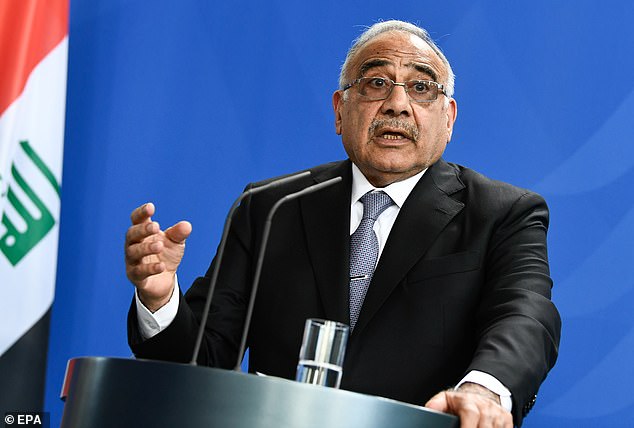 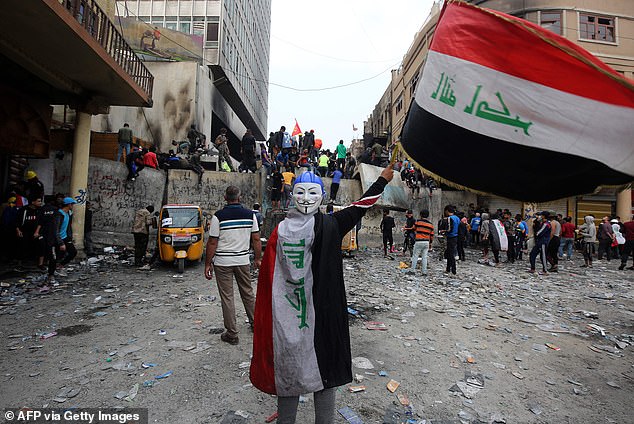 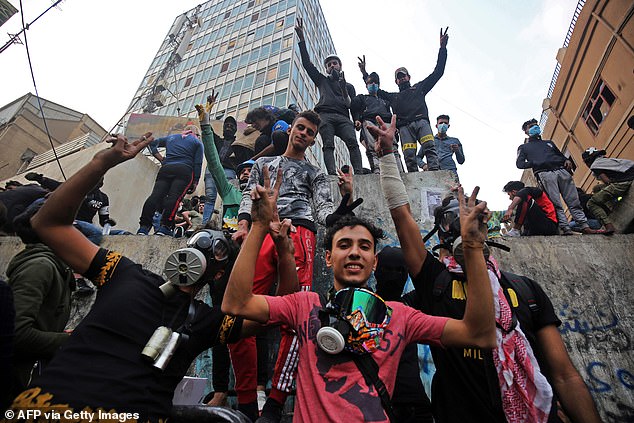 Iraqi demonstrators celebrate by a concrete barricade following the resignation of Prime Minister Adel Abdul-Mahdi’s government, during a demonstration along Rasheed Street in the centre of the capital Baghdad 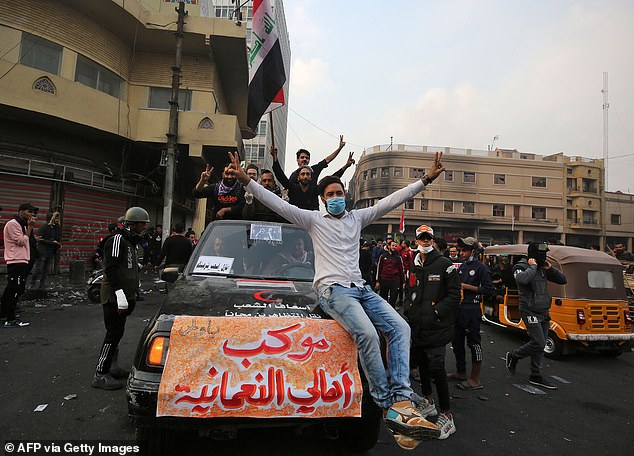 Grand Ayatollah Ali al-Sistani said parliament, which elected the government of Prime Minister Adil Abdul-Mahdi, should ‘reconsider its options’ in his weekly Friday sermon delivered in the holy city of Najaf via a representative.

‘We call upon the House of Representatives from which this current government emerged to reconsider its options in that regard,’ al-Sistani said in the statement.

Three more protesters were killed and eight wounded by security forces on Friday who used live rounds in the southern city of Nasiriyah, amid continuing violence after the previous day´s bloodshed. 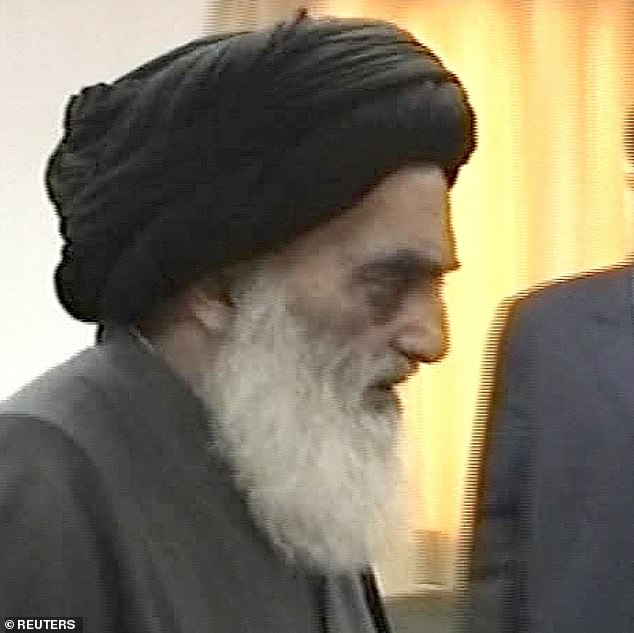 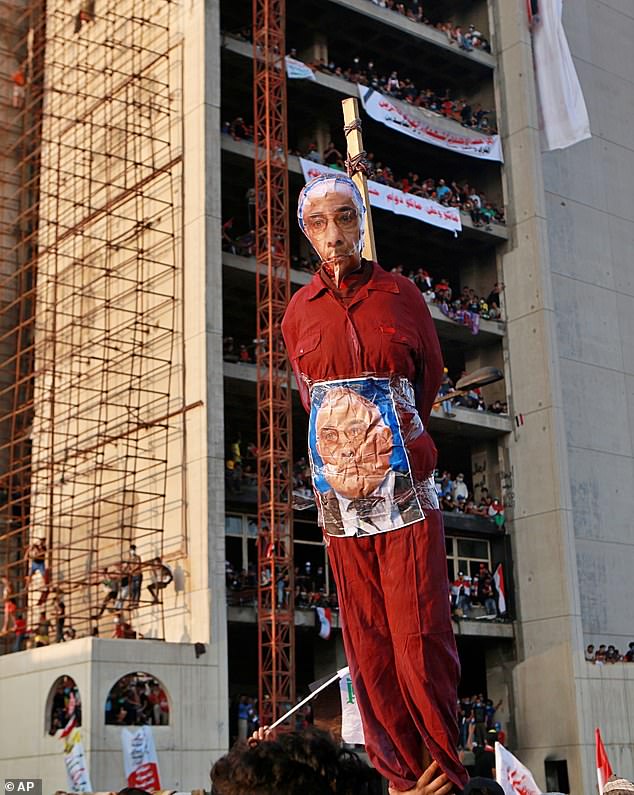 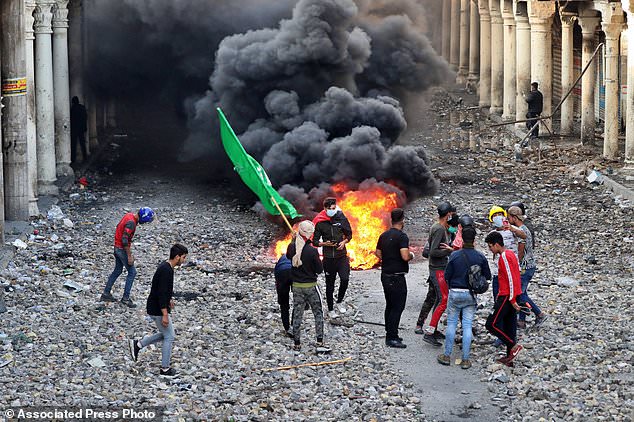 Al-Sistani also said protesters should distinguish between peaceful demonstrators and those seeking to turn the movement violent, following the burning of an Iranian consulate building in Najaf on Wednesday that government officials say was perpetrated by saboteurs from outside the protest movement.

The Islamic Dawa party called for parliament to convene immediately and choose an alternative government, in a statement.

Forty protesters were shot dead by security forces in Baghdad and the southern cities of Najaf and Nasiriyah on Thursday, in a sharp escalation of violence that continued Friday.

Three protesters were shot and eight wounded by security forces in Nasiriyah when the demonstrators attempted to enter the city center to resume their sit-in, security and hospital officials said. Security forces had fired live rounds the previous day to disperse protesters from two key bridges, killing 31 people. 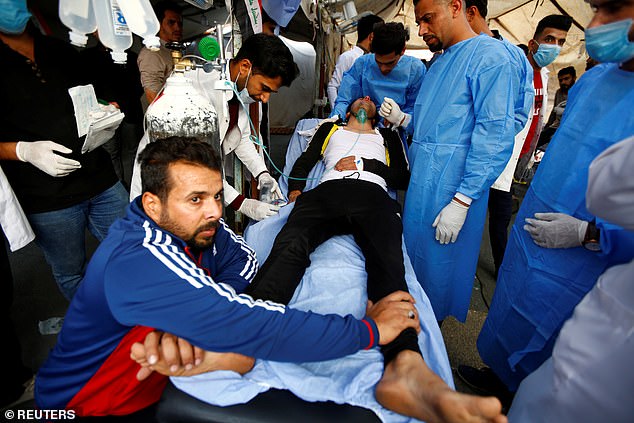 Medical crew treat an injured demonstrator during ongoing anti-government protests in Najaf, at least 400 people have been killed since protests erupted in October 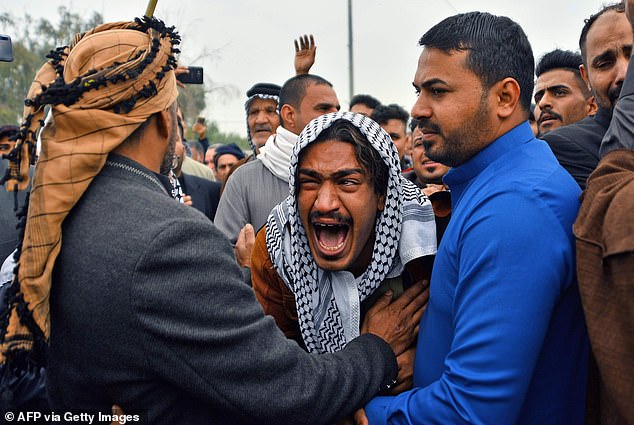 An Iraqi man mourns his brother during a funeral procession for anti-government demonstrators killed during protests a day earlier, in the central holy shrine city of Najaf on November 29 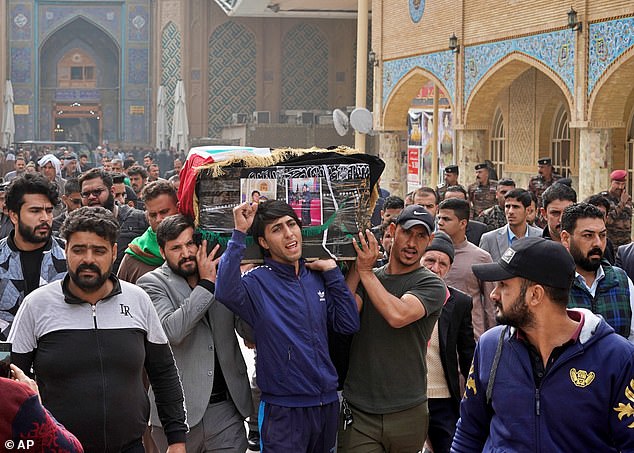 Mourners carry the coffin of Mehdi Kadim, 17, a protester killed during anti-government demonstrations, during his funeral in Najaf 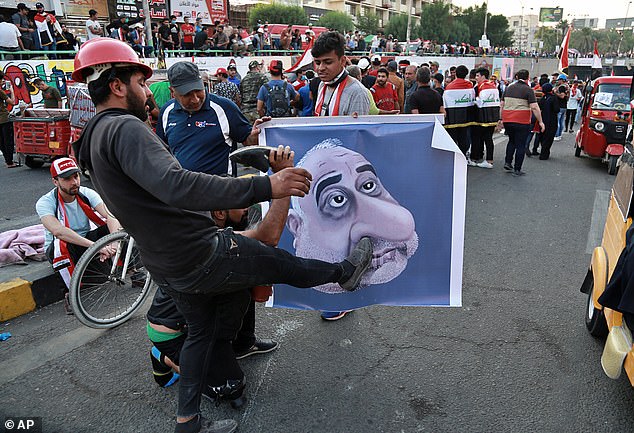 In Baghdad, protesters gathered around the historic Rasheed Street near the strategic Ahrar Bridge and burned the Iranian flag, chanting ‘Iran out!’

Four people were shot by security forces on the bridge the previous day. Protesters are also occupying parts of the nearby bridges Jumhuriya and Sinar – all of which lead to the fortified Green Zone, the seat of Iraq´s government.

At least 400 protesters have died since Oct. 1, when thousands of Iraqis took to the streets in Baghdad and the predominantly Shia southern provinces to decry corruption, poor services and lack of jobs. 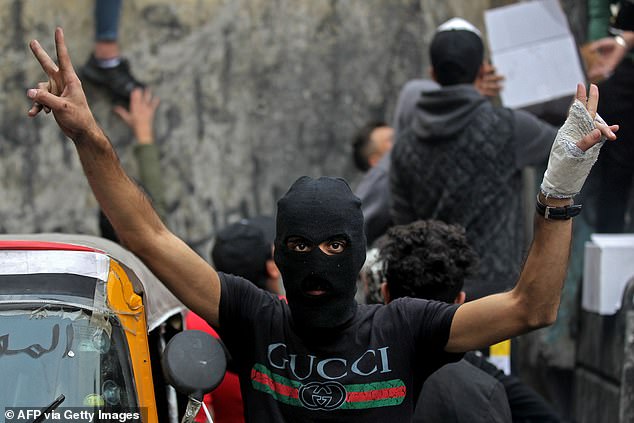 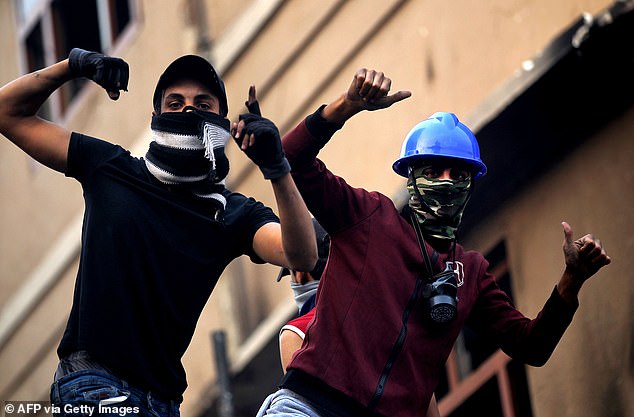 A spokesman for the UN secretary-general expressed deep concern over the use of live ammunition against protesters on Friday.

‘The Secretary-General reiterates his call on the Iraqi authorities to exercise maximum restraint, protect the lives of demonstrators, respect the rights to freedom of expression and assembly, and swiftly to investigate all acts of violence,’ said Stéphane Dujarric, in a statement.