Vegan protesters wearing pig masks have stormed a branch of Greggs to protest the sale of meat products.

Members of Direct Action Everywhere (DxE), a group of animal activists, marched into the bakery in Brighton, holding signs which said ‘humane murder is a lie’ and ‘it’s not food it’s violence’ this afternoon.

They proceeded to deliver speeches about the farming industry and chanted various anti-meat slogans including ‘meat is murder’. 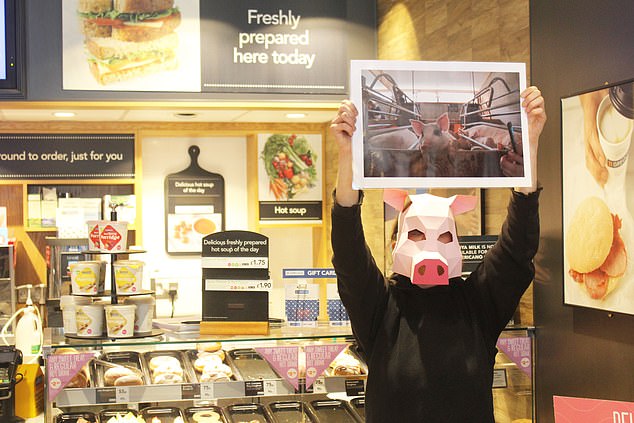 The activists also staged a scene in which one lay on the floor pretending to be dead while another poured fake blood over her.

In the Greggs shop, they led chants with a megaphone such as: ‘What do we want? Animal liberation! When do we want it? Now!’

They were met with hecklers from unimpressed customers and passersby who dismissed their concerns. 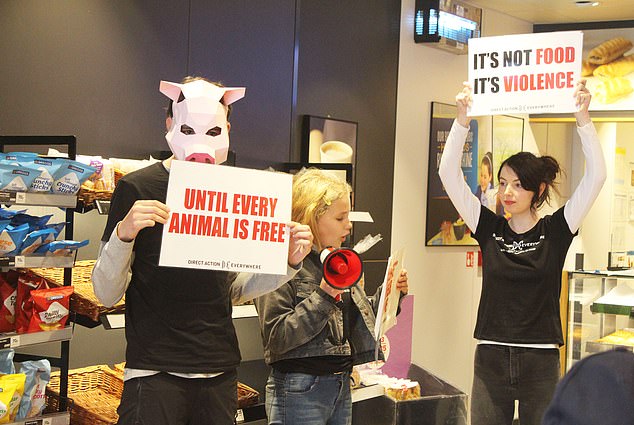 Some of the protesters from Direct Action Everywhere held placards saying: ‘Until every animal is free’ 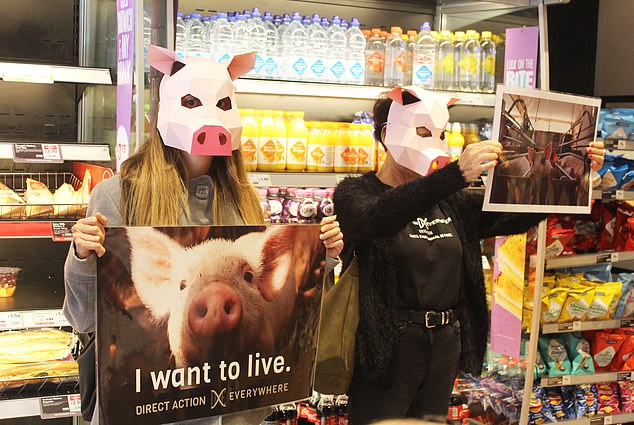 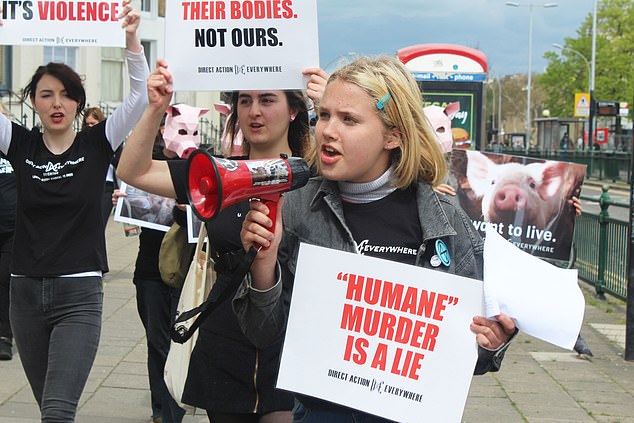 The protest was carried out at the popular bakery chain despite the fact it recently started selling vegan sausage rolls which were widely praised by the non-meat eating community.

Sales climbed to an all time high after rising nearly ten per cent in the seven weeks leading up to Febuary 16 after announcing the meat-free product.

DxE have previously stormed a Jamie’s Italian restaurant in Brighton, a Waitrose in the run-up to Christmas and a steakhouse. 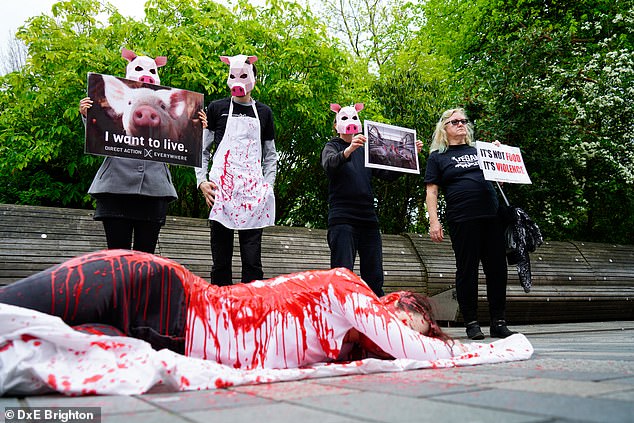 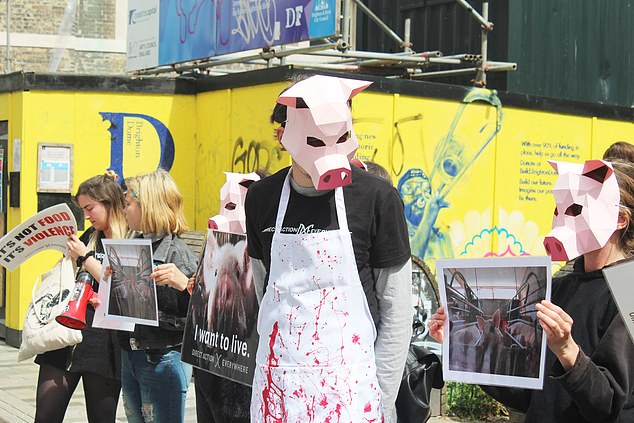 A DxE spokesperson said: ‘We are demanding the abolition of humans using animals, we are fighting to end the horrific oppression animals face in this speciesist world.

‘We live in a system that objectifies and commodifies their lives and bodies, that injustice cannot go unchallenged.

‘We are part of the fastest growing social justice movement and we are not slowing down.’