Protestors block off Bunnings in Traralgon, Gippsland in Victoria as they cease use of local timber

Frustrated protesters blocked off the entry to a Bunnings store following its decision to cease use of local native timber.

About 20 protesters cordoned off Bunnings in Traralgon, Gippsland in Victoria on Wednesday with four massive logging trucks.

About 20 protesters cordoned off Bunnings in Traralgon, Gippsland in Victoria on Wednesday with four massive logging trucks following the hardware giant’s decision 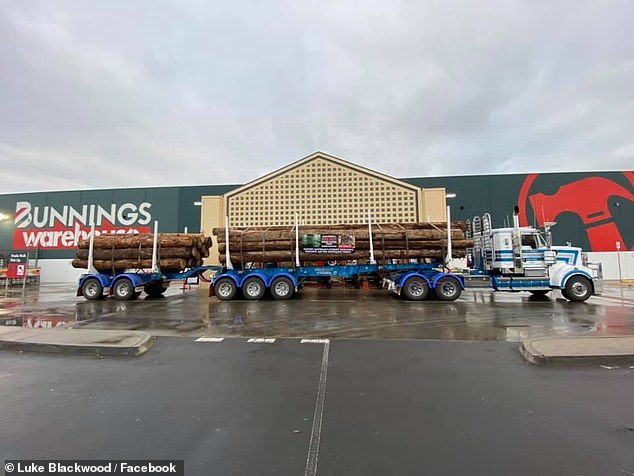 Trucks piled with timber blocked off the entry to the Bunnings store in Traralgon, Gippsland

‘Bunnings has a zero-tolerance approach to illegally logged timber that dates back two decades and our commitment is to only source timber products from legal and well managed forest operations,’ Bunnings Merchandise Director Phil Bishop said.

‘We have long supported VicForests’ efforts to pursue FSC Controlled Wood certification by 2020 and its roadmap to get there.

‘However, in light of the recent legal finding that VicForests has breached the Code of Practice for Timber Production 2014, we will be discontinuing all sourcing of timber from VicForests and will no longer be accepting raw material input into our supply chain from VicForests as of 30 June.’

Felicia Stevenson attended the protest as it affects her husband and two sons who work in the timber industry.

She said it was worrying not knowing where the next pay check was coming from given the current situation. 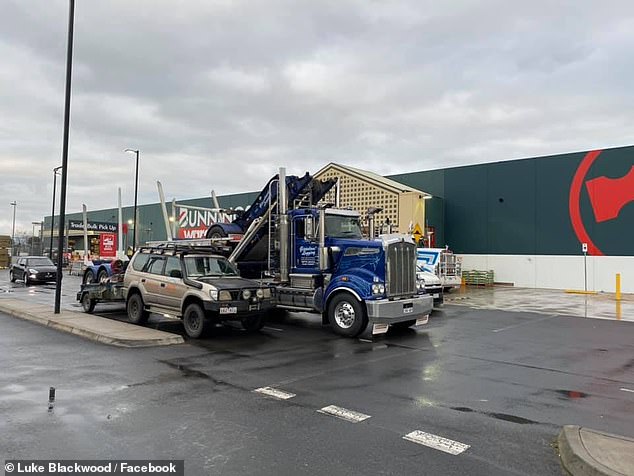 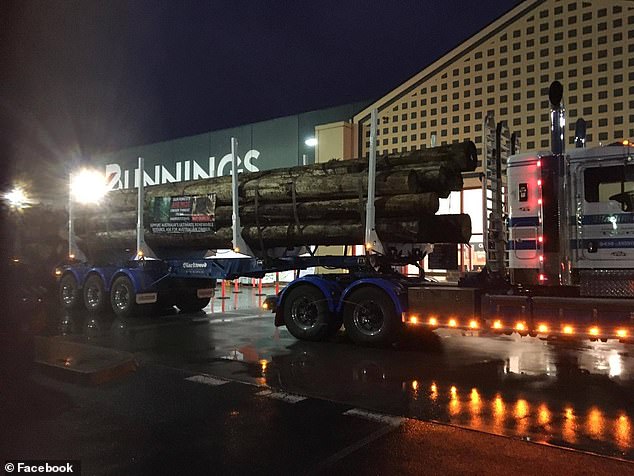 Despite the decision, Bunnings will continue to sell a ‘small portion’ of VicForests’ timber and will work on a transition plan

The Construction Forestry Maritime Mining and Energy Union (CFMMEU) slammed move, which Bunnings had been threatening for two years.

‘Workers and communities that depend on the timber industry are sick and tired of being victimised by large multinationals who think it’s okay to import forest products from unsustainable forests overseas,’ CFMMEU national secretary Michael O’Connor said.

‘They import timber products from forests from other countries where the harvesting practices are a disgrace.’

Despite the decision, Bunnings will continue to sell a ‘small portion’ of VicForests’ timber and will work on a transition plan.

‘Ultimately, we believe that customers and team members have the right to expect that the timber they purchase is sourced from responsible and lawful forestry operations,’ Mr Bishop said.