The soldier husband of Halma Cisse Arby, who gave birth to nine babies this week, is preparing for a joyful first meeting with his new children next week, saying: ‘They are gifts from God!’

In an exclusive interview with MailOnline, an ecstatic adjutant Kader Arby, 35, said: ‘I can’t wait to see my new children.

‘I have been in constant touch with my wife, but I had to stay at our home in Mali to look after our other little daughter, who is just two years and five months.’

Halma, 26, and her husband are shown in this exclusive set of wedding photos from the three-day long celebration they shared in December 2017 in Timbuktu.

‘Travel is of course difficult because of the pandemic, but we are arranging a trip for next week,’ Mr Arby added.

‘It will be a very joyful, and we will be thanking God the whole time. Our children are gifts from God.’ 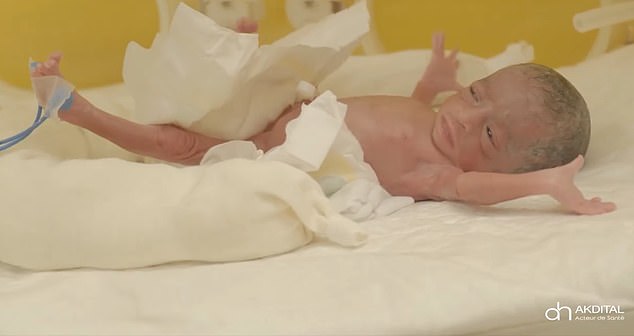 One of the nine babies rests in an incubator at the maternity ward of the private clinic of Ain Borja in Casablanca, Morocco on Wednesday 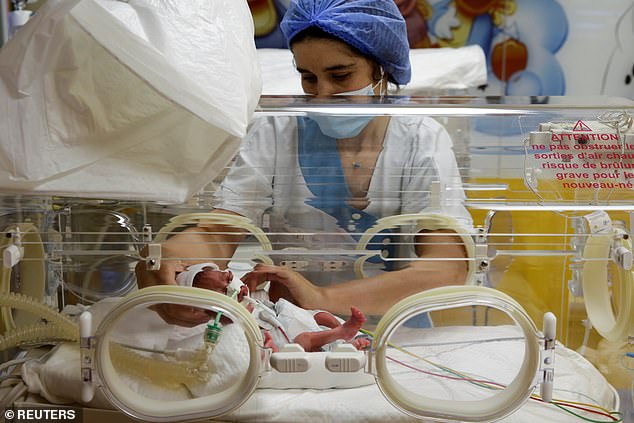 A nurse takes care of one of the tiny babies at the private clinic of Ain Borja in Casablanca, Morocco on Wednesday. The babies weigh between 1.1lb and 2.2lb and will be kept in incubators for two to three months

Mr Arby is a career soldier, serving as adjutant in the Malian Army, an administrative rank which is roughly equivalent to captain, but has been given plenty of time off to deal with his expanding family.

Among those who have been in touch by phone are Bah Ndaw, the President of Mali.

‘So many people have expressed joy and kindness towards us,’ said Mr Arby. ‘We are very blessed.

‘The babies are God’s children, and they will be cared for by God.’

Asked if he or his wife had chosen the names of their nonuplets – five girls and four boys delivered by caesarean section – Mr Arby laughed and said: ‘We will see!’

The multiple births have captured the imagination of everyone in the west African nation, as well as millions of others around the world. 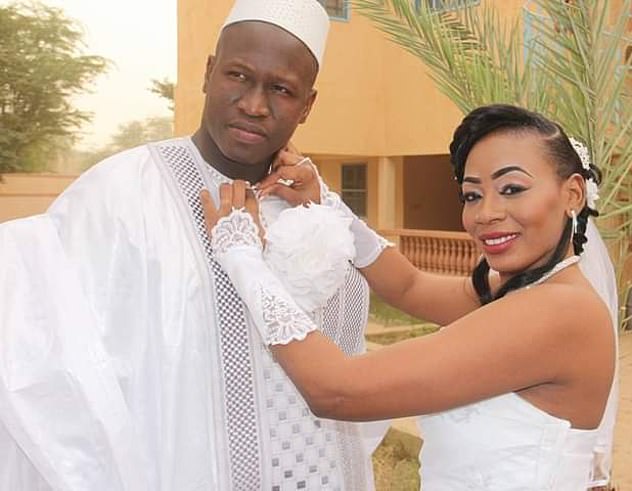 Mrs Arby and her husband pose for pictures on their wedding day, a traditional Muslim union, in 2017. Halma’s pregnancy became a subject of fascination in Mali – even when it was thought she was only carrying septuplets 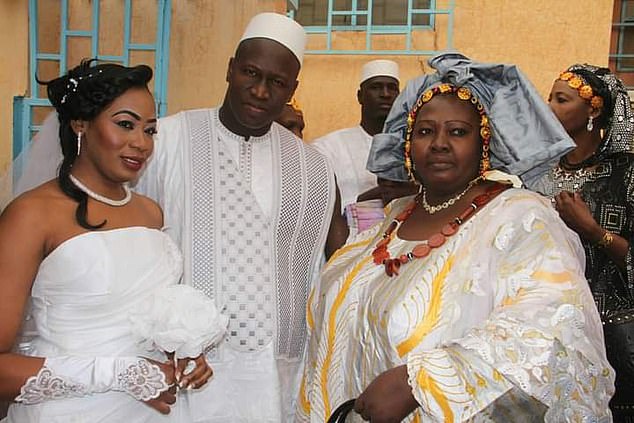 Father Kader Arby and mother Halima Cisse Arby on their wedding day, December 22, 2017. Mr Arby is a career soldier, serving as adjutant in the Malian Army, an administrative rank which is roughly equivalent to captain, but has been given plenty of time off to deal with his expanding family. 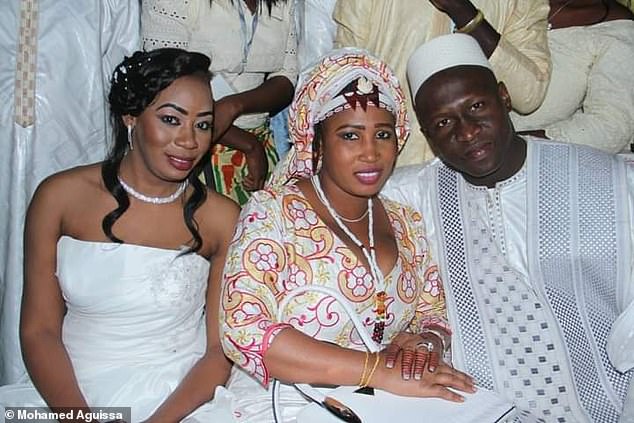 Mr Arby and his wife with one of their relatives on their wedding day. When doctors said in March that his wife needed specialist care, Malian President Ndaw ordered that she be sent to Morocco. 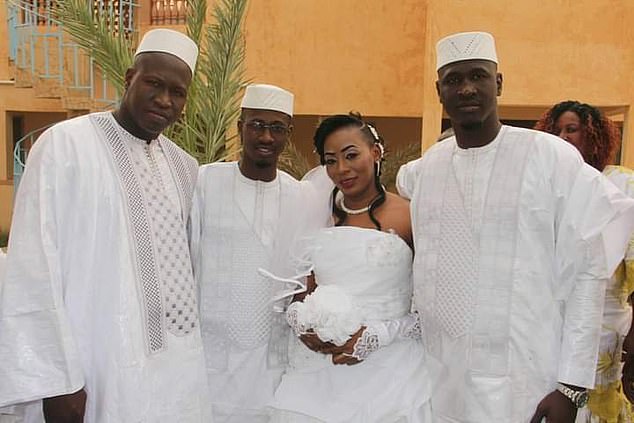 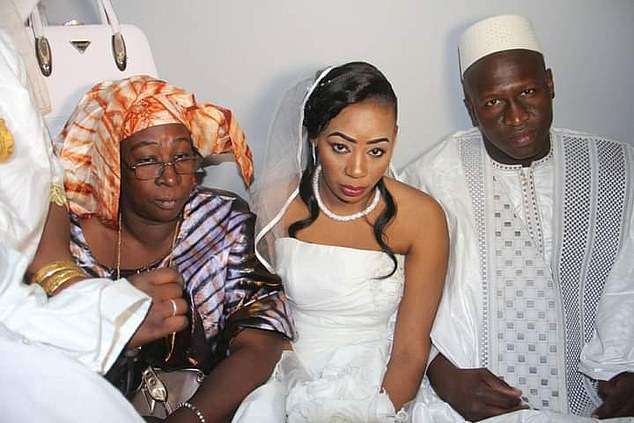 The couple are pictured together on their wedding day in 2017 with one of their relatives. 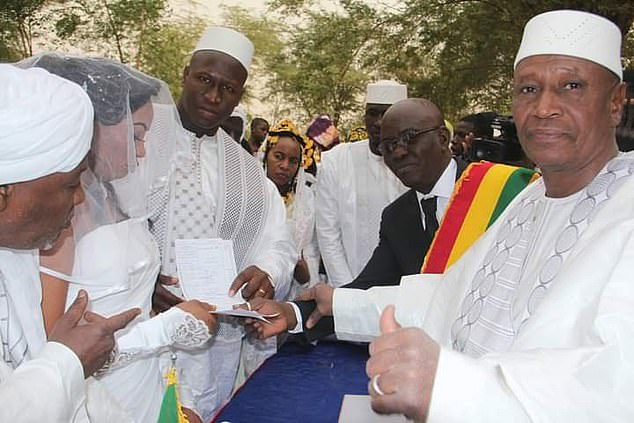 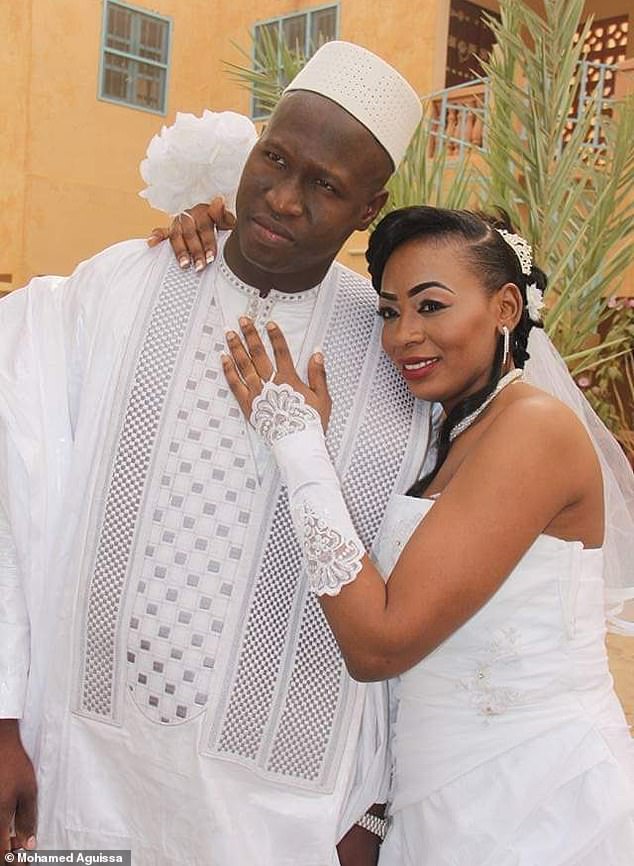 Mr Arby, left, with his bride, right, on their wedding day in Timbuktu

When doctors said in March that his wife needed specialist care, Malian President Ndaw ordered that she be sent to Morocco.

‘The facilities and medical expertise there are excellent,’ he said.

‘I will spend some time there, and then we will all return home together to Timbuktu as a family,’ said Mr Arby.

Doctors were concerned for her welfare and the chances of the babies’ survival – so the government intervened.

After a two-week stay in a hospital in Mali’s capital, Bamako, the decision was made to move Ms Cissé to Morocco on 30 March. 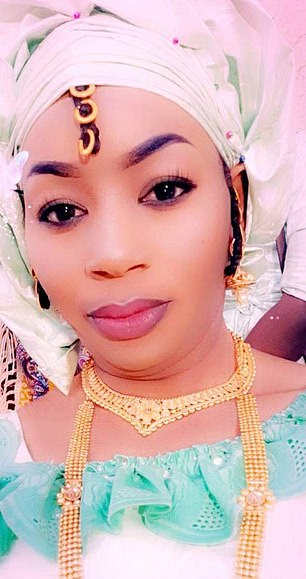 Mrs Arby is now the mother of ten children

Prof Youssef Alaoui, medical director of the Ain Borja clinic in Casablanca where Ms Cissé gave birth on Tuesday, told the AFP news agency that the case was ‘extremely rare, it’s exceptional’ – and a team of 10 doctors and 25 paramedics had assisted at the delivery of the premature babies.

They weighed between 1.1lb and 2.2lb and would be kept in incubators ‘for two to three months’, he said.

After five weeks at the Moroccan clinic, she gave birth by Caesarean section on Tuesday, the minister said.

According to Prof Alaoui, Ms Cissé was 25 weeks pregnant when admitted and his team had managed to extend her term to 30 weeks.

Mr Arby fondly remembered his wedding, a Muslim ceremony which was attended by more than 200 of their close friends and family.

‘It was a big family wedding with all our loved ones – a really special day,’ said Mr Arby

Mr Arby said he had been in the Army for 15 years, mainly deployed in North Mali and that his wife is training to be a Human Resources administration at the technical college in Timbuktu.

‘I always wanted to be a soldier – it’s been a great career. It’s a very demanding job, which does not give me much time for much else. When I am in the north on active service we are busy all the time, and I have to focus on the job.’

Mr Arby said he ‘loves football and sport in general’, but ‘my family is my priority when I am at home’.

‘Souda is only two years and five months, but she loves video calls with her Mummy.

‘Mummy shared the news about Souda’s new brothers and sisters. She did not fully grasp what had happened to be begin with, but she will when she meets the other babies!

‘She is delighted about having siblings. It will be a big change for her. She asks questions all the time.’

Mr Arby said he will be flying from Bamako to Dakar in Senegal and then to Casablanca in Morocco next week. 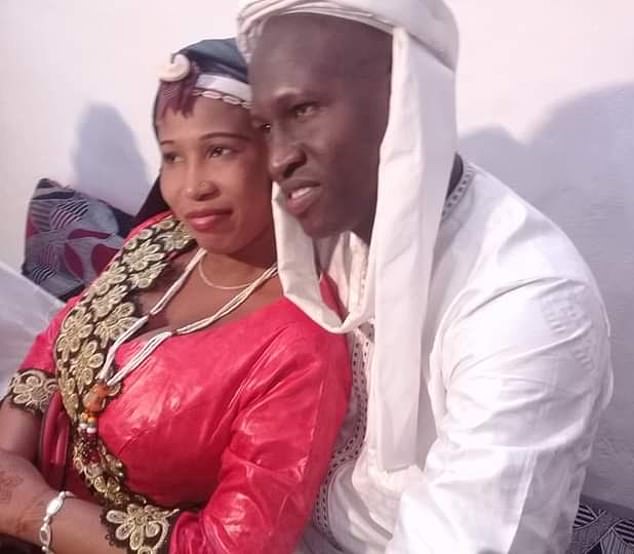 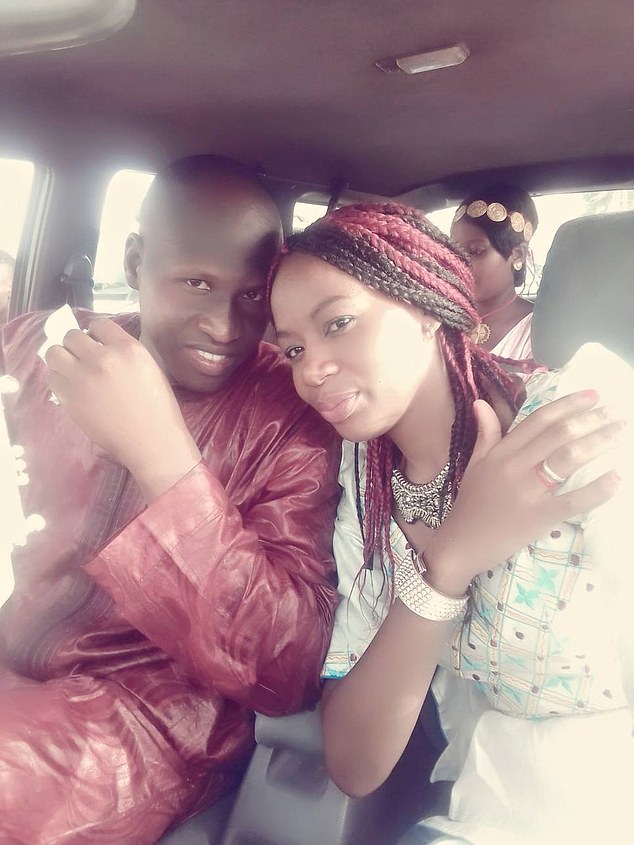 Mr and Mrs Arby are pictured together. Mr Arby said he had been in the Army for 15 years, mainly deployed in North Mali and that his wife is training to be a Human Resources administration at the technical college in Timbuktu. 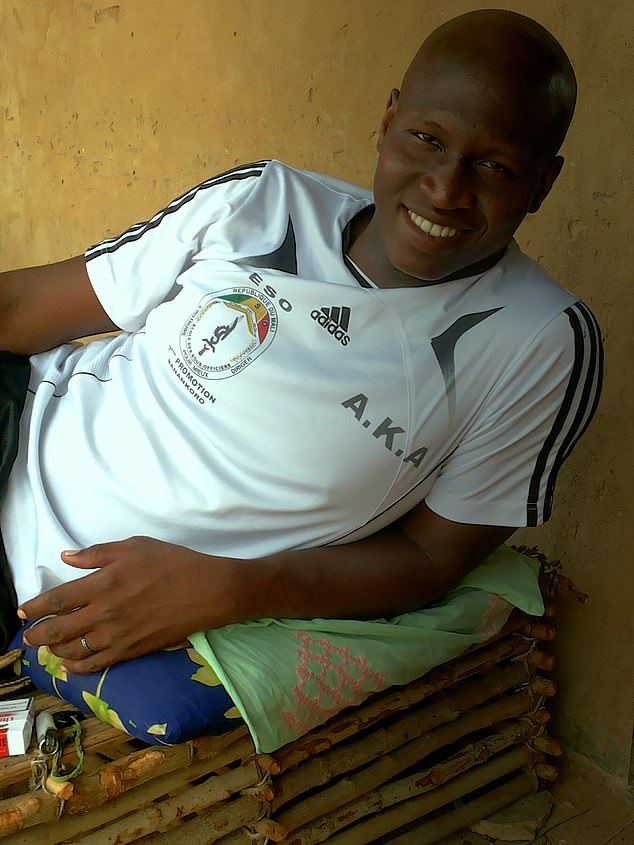 Mr Arby said he ‘loves football and sport in general’, but ‘my family is my priority when I am at home’

Asked if the babies – and especially the two extra ones – were a surprise, Mr Arby said: ‘It was, because the scan did not reveal nine babies. But we were delighted anyway – it was a blessing from God’.

Pushed further of his children’s names, Mr Arby said: ‘For the moment, it’s all confidential. Our priority is their health, and looking after them.

‘I speak to my wife on the phone every three to four hours, and via video calls, to check on her health, and the health of the babies.

‘My wife is resting now. She’s very happy, but she needs to take it easy at the moment.’

The photographer who took these wedding photos, Mohammed Aguissa, said: ‘It was a big event, like most weddings in Timbuktu.

‘There were around 200 people – the bride and groom’s family plus all their friends gathered for three days.

‘Mr Kader works as an accountant at the Army camp, but the couple live off base.

‘Everyone is overjoyed at the news of the babies’ births and that everything seems to be going ok, it’s another time of celebration.’