Much of what our children get up to remains a mystery, however, these well thought-out ideas may prove that you’ve underestimated your brood.

In a series of images compiled by BoredPanda proud parents have shared their offspring’s ingenious inventions that they wish they had come up with themselves.

In many cases these kids are the envy of adults thanks to their ideas for hacks that make various aspects of everyday life that bit easier.

Several youngsters have discovered ways of enjoying a film on their phone or tablet hands-free, by repurposing glass tables or fashioning hats with built in holders.

Elsewhere children have come up with solutions to age old problems, like the girl who has hit on a way to read in the bath without her book getting wet.

Meanwhile another tot has even provided a solution for keeping a spoon from falling into a soup bowl, with the simple addition of a clothes peg.

In a series of photos compiled by BoredPanda parents have shared their children’s ingenious inventions, including these homemade speakers 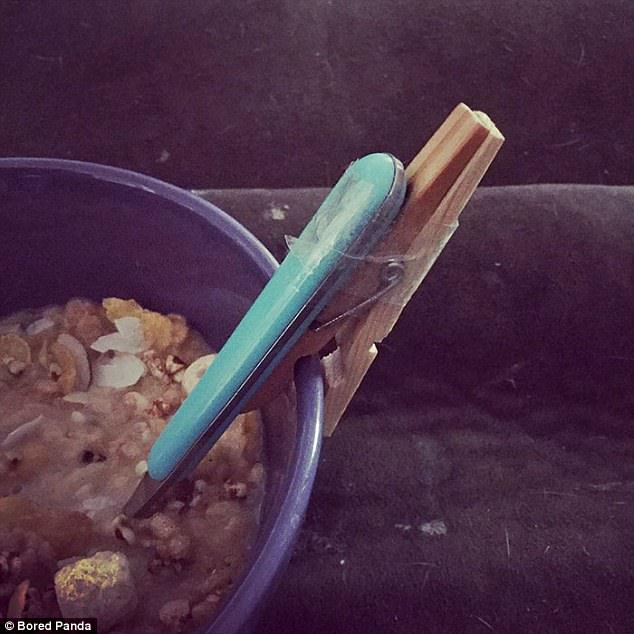 There is nothing more irritating than dropping a spoon in your soup or cereal, however, this child has come up with a solution in the form of a clothes peg 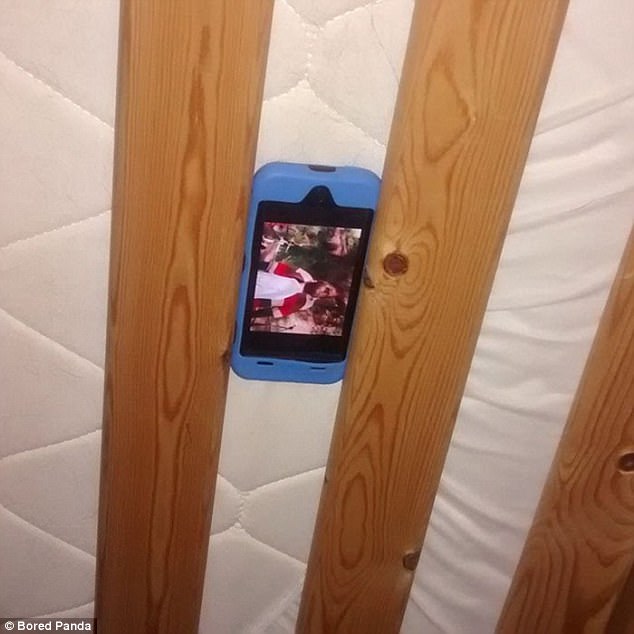 Simply by slotting their phone inbetween bed slats, this youngster has found a way to enjoy a film in a bunk bed 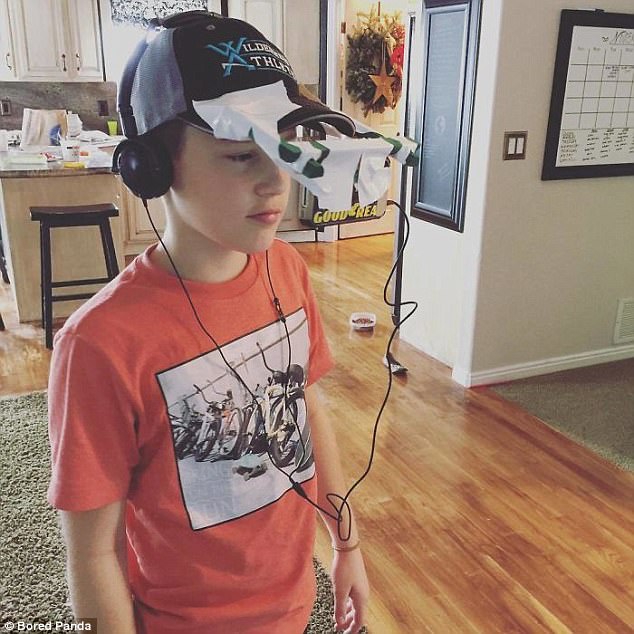 In another hands-free phone invention, this young man has attached his mobile to his cap to create the perfect viewing mechanism 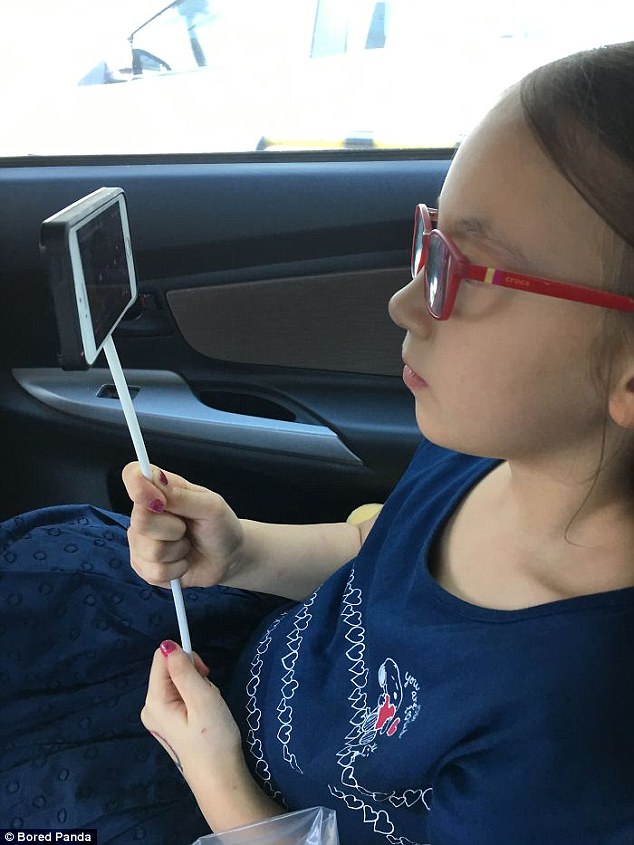 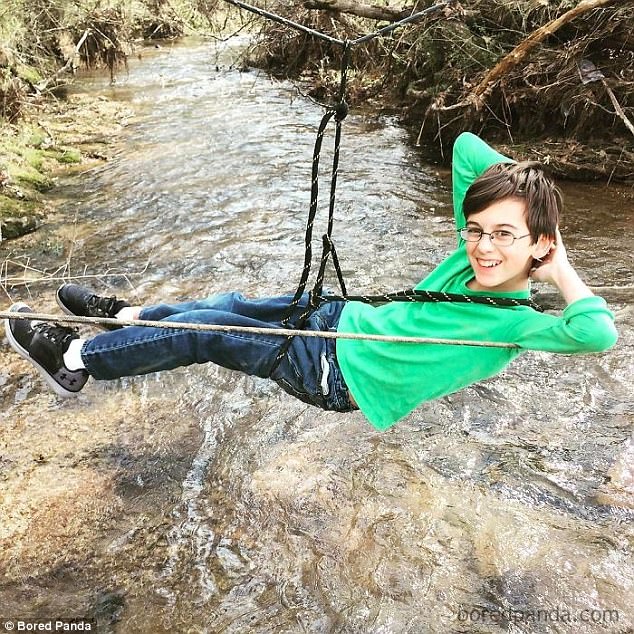 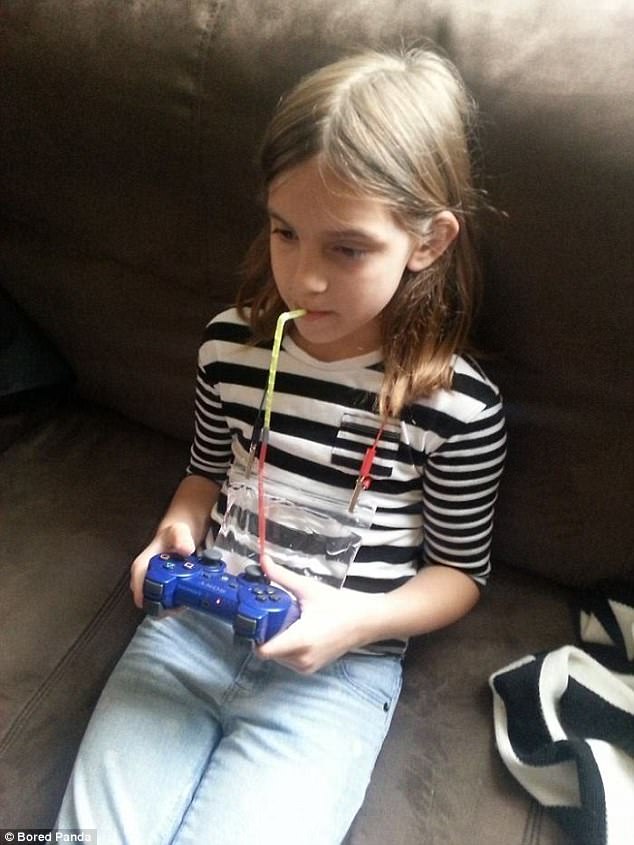 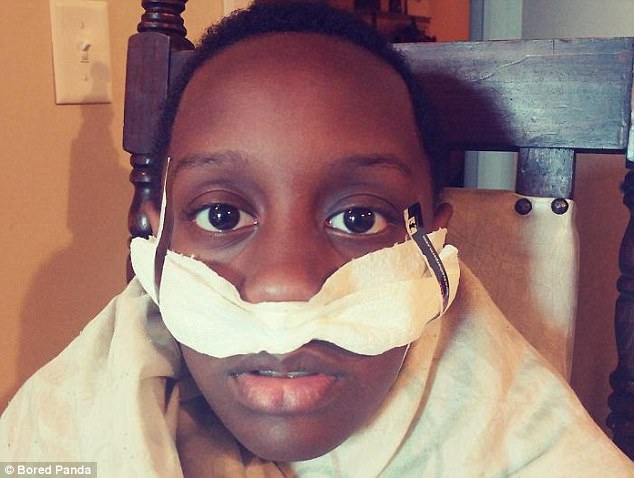 As allergy season set in this boy found an effective, if a little unconventional, way to avoid pollen particles 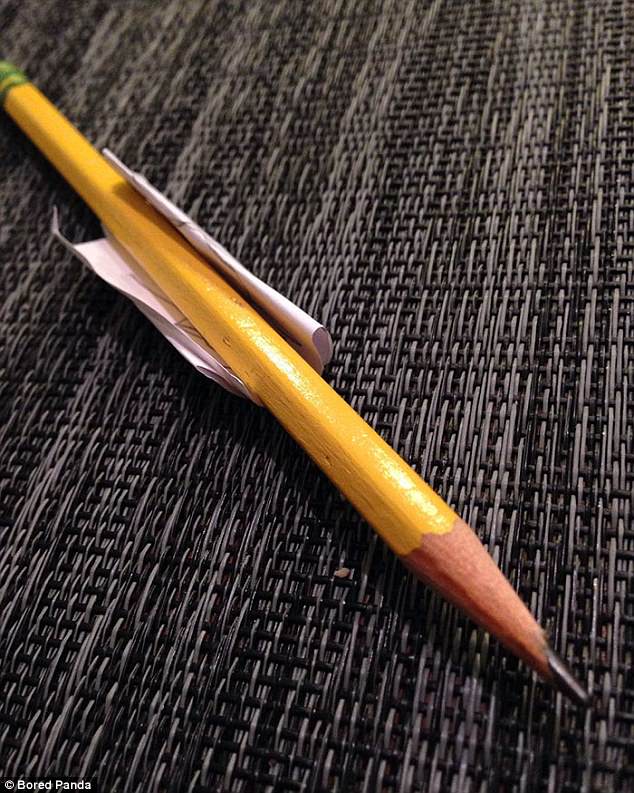 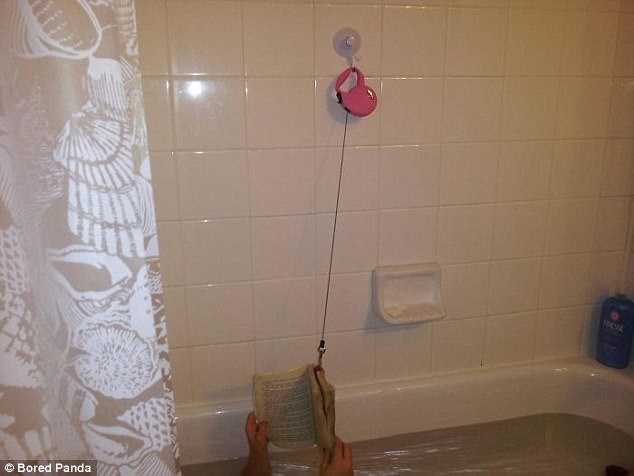 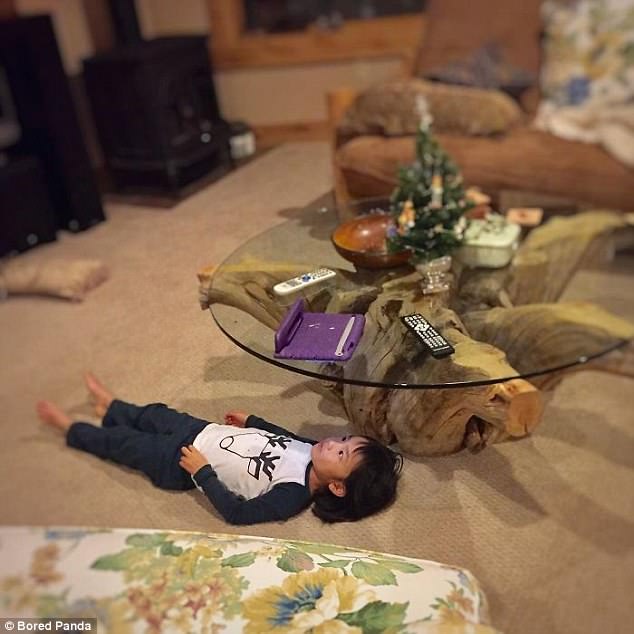 Simply by placing his tablet face down on this glass table, this youngster has found the perfect viewing platform 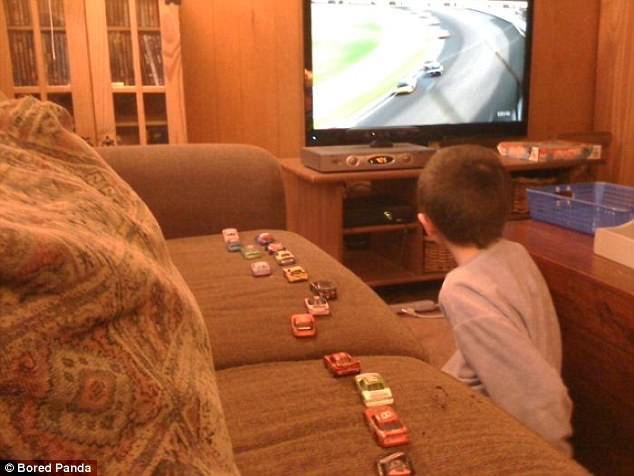 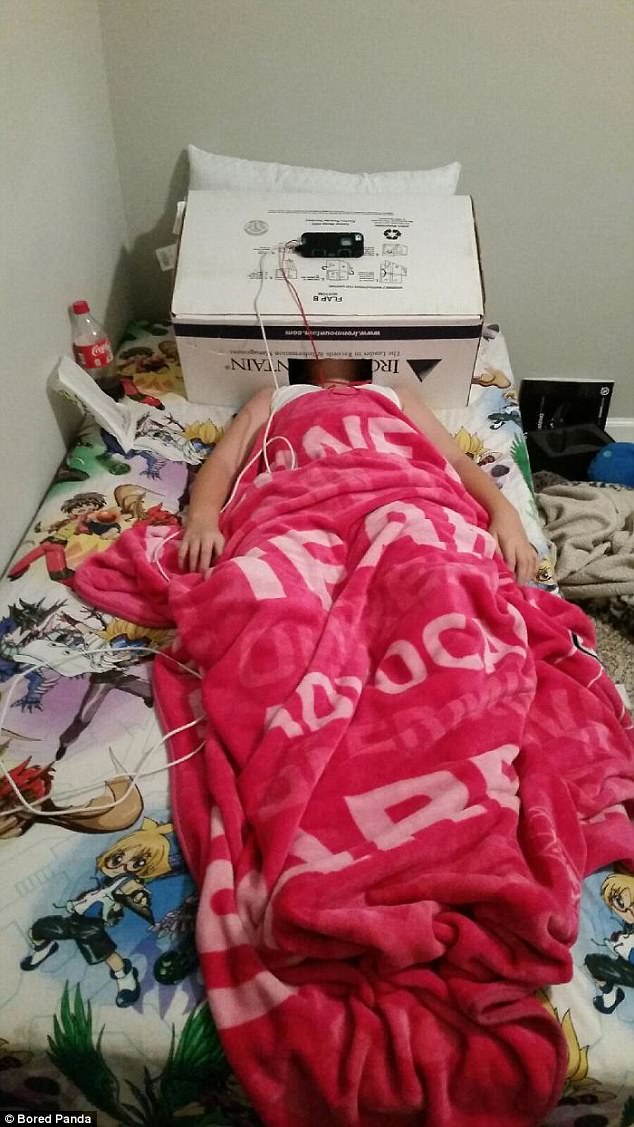 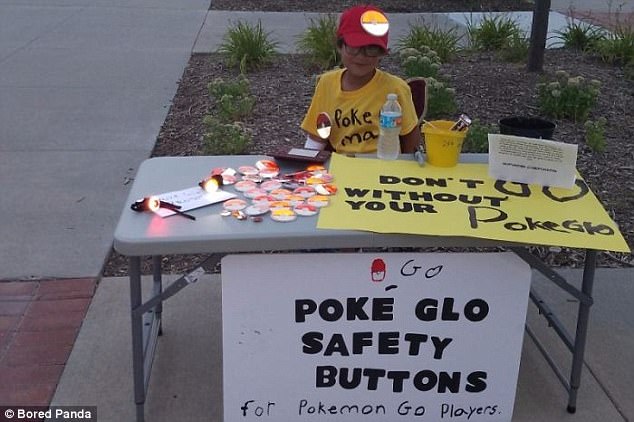 In the hope to keep fellow Pokemon Go players safe, this enterprising youngster has created glow in the dark badges for after-dark 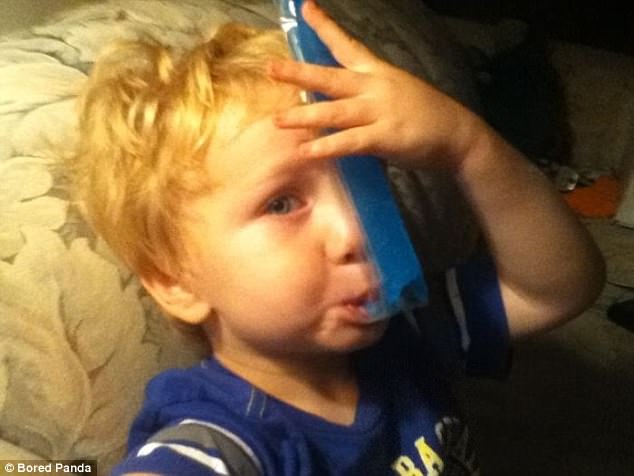 After becoming overheated this young boy asked for an ice pop, and soon came up with several uses for it 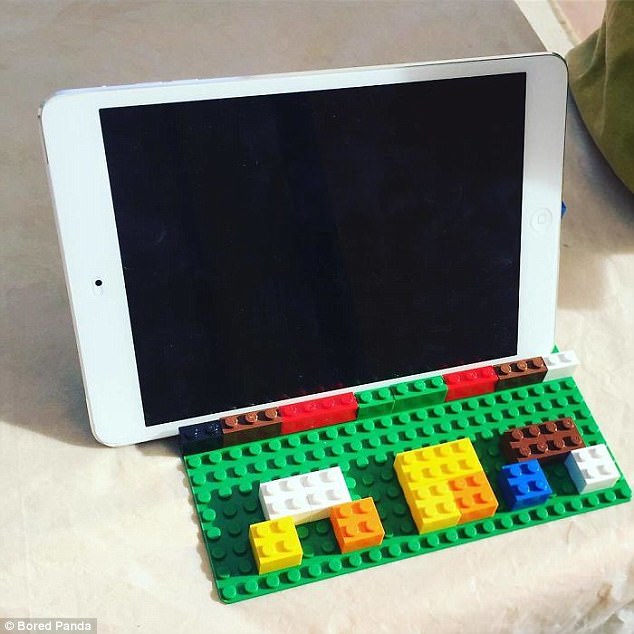 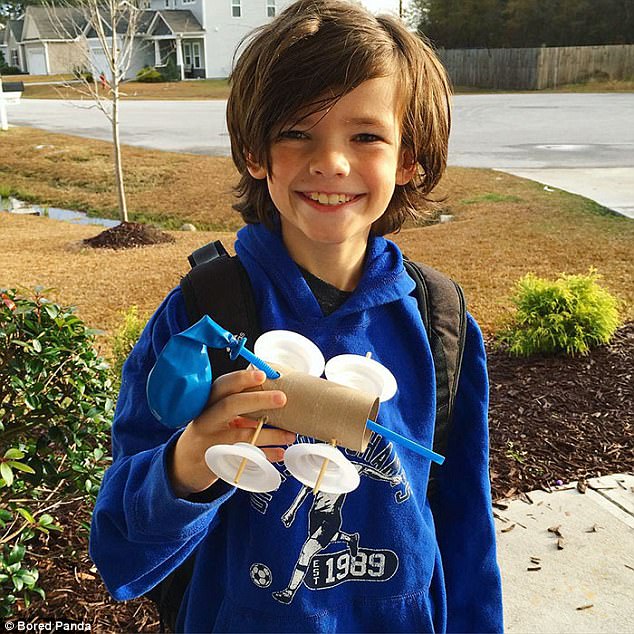 This innovative boy created his own balloon powered car with little more than a straw, and a loo roll tube 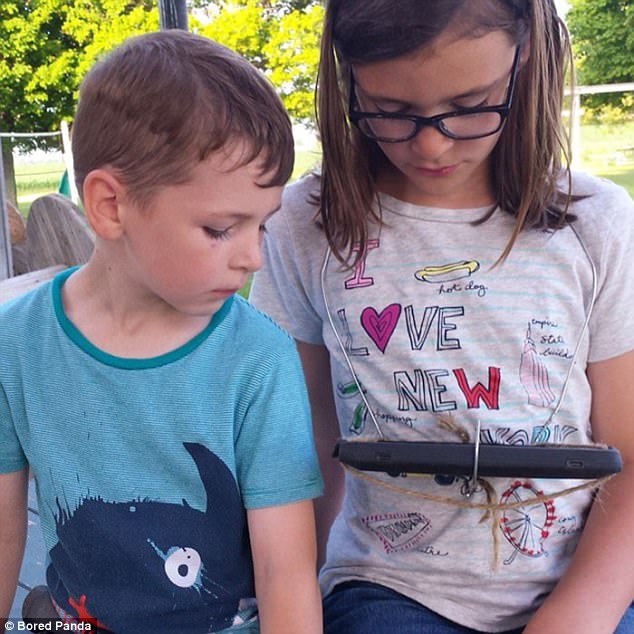 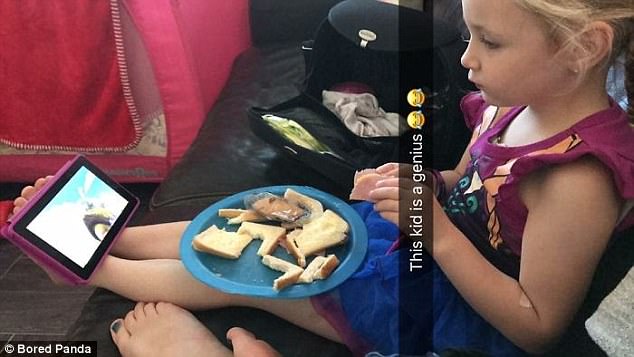 Without wanting to compromise valuable snacking time, this young girl balanced her tablet on her feet while enjoying her lunch 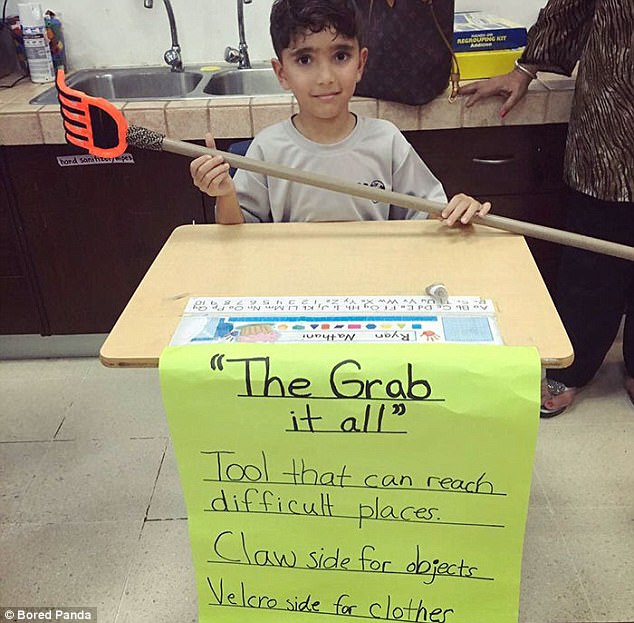 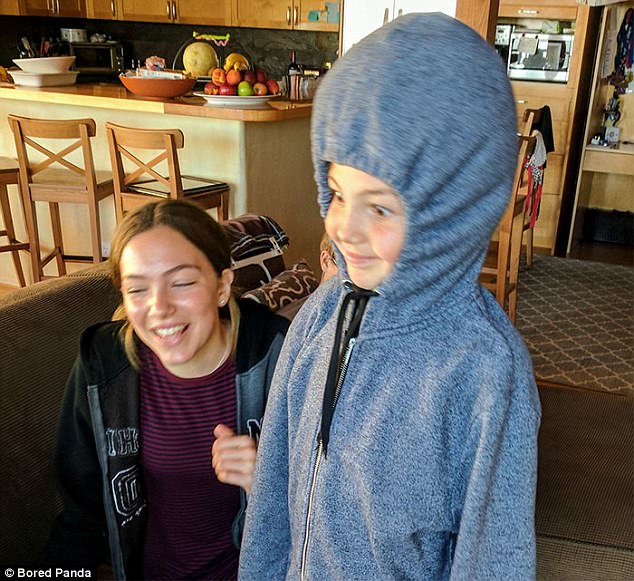 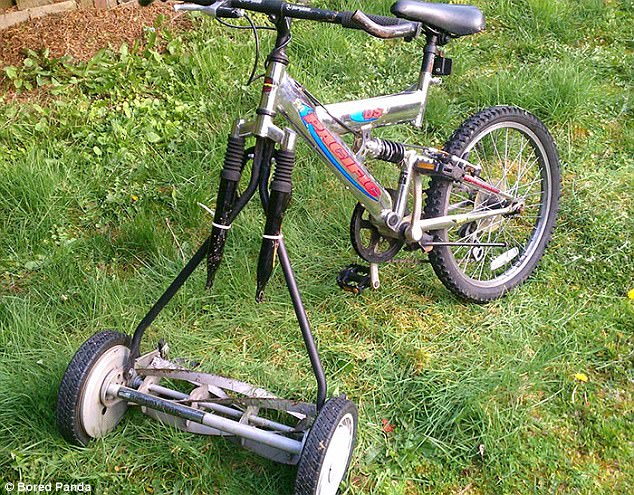 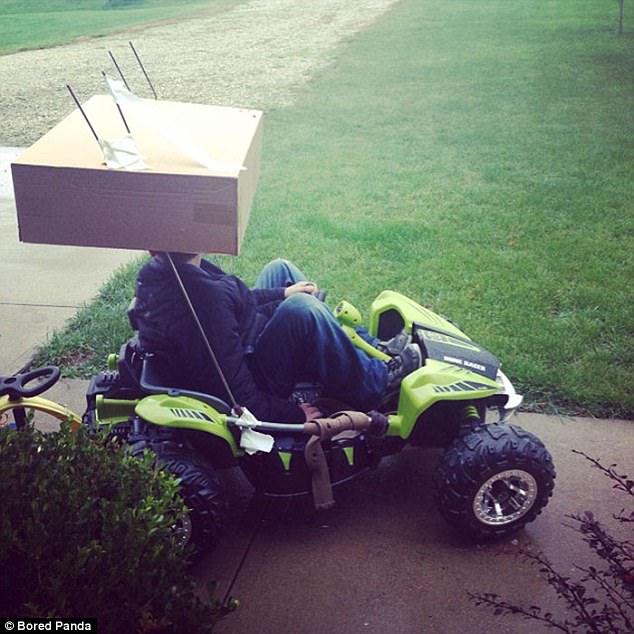 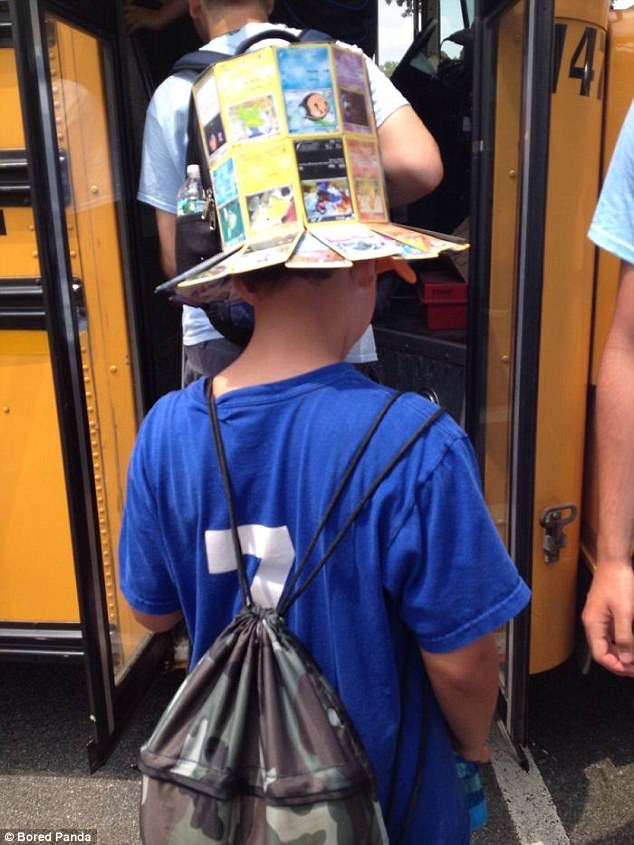 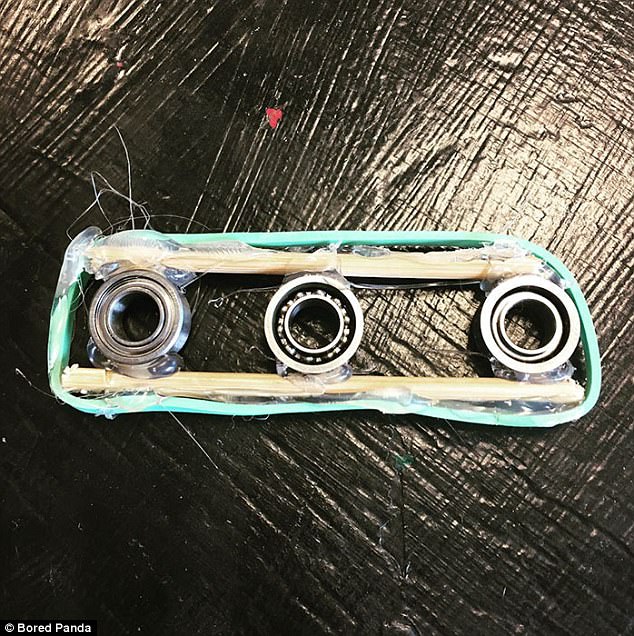 One child made this Fidget Spinner using a yo-yo wheel, toothpicks, a rubber band and hot glue 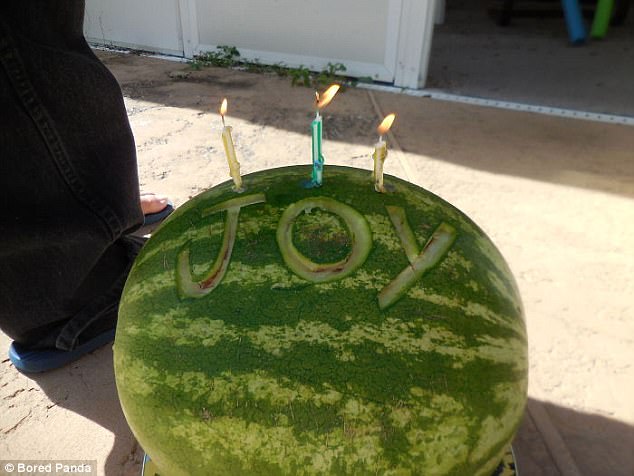