It’s supposed to be kept secret until tonight but judge Prue Leith appears to have spoiled the results of the Great British Bake Off already by revealing the name of the winner before the final has even aired.

She has since said she regrets the incident and said: ‘I’m in too much of a state to talk about it.’ 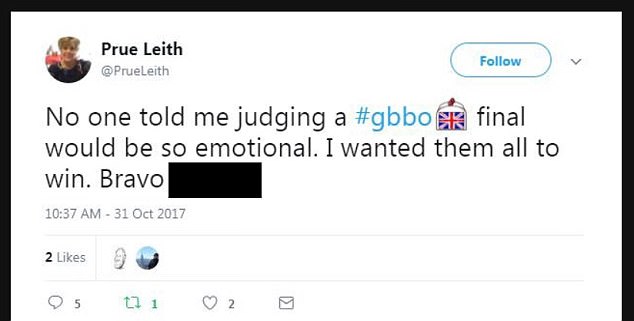 The trained chef and restaurateur has now deleted the explosive tweet but the damage has been done with the result spoiled for many fans.

The tweet from Prue’s unverified account at 10.37am read: ‘No-one told me judging a GBBO final would be so emotional. I wanted them all to win. Bravo [name redacted].’

Prue Leith has admitted it was her mistake and expressed regret for the incident, saying that the reason for the mistake was due to her being in Bhutan with a large time difference.

An upset-sounding Leith said: ‘I’m in Bhutan. The time difference is massive. I thought that they got it six hours ago. I’m in too much of a state to talk about it. I f***** up.’

Fans of the show have gone into a frenzy and have reacted to the explosive tweet with a series of memes.

It is not yet clear how Prue came to tweet the name of the Bake Off winner. 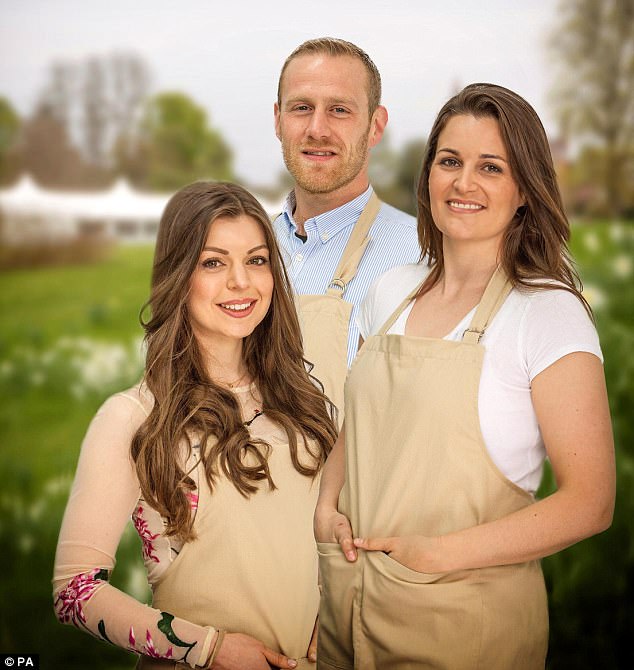 The three finalists in tonight’s Bake Off are Kate Lyon, Steven Carter-Bailey and Sophie Faldo

Though no-one has ever let slip who the winner is before, this is not the first time a judge has accidentally revealed who left the competition before the show aired.

She had been discussing with BBC Radio Two host Chris Evans who had already left the tent, with the DJ saying: ‘You’ve already lost two’.

The cook and broadcaster then replied: ‘Wait a minute:we’ve already lost three.’

Berry went on to name the contestants who had left: ‘Marie, Dorret and on the first week it was lovely chap with the little hat on.’

Leith’s tweet came seconds after she announced that she would be returning to the show next year, along with Paul Hollywood, Noel Fielding and Sandi Toksvig.

Leith replaced Mary Berry when she decided not to move to Channel 4.

Fielding raised eyebrows when his name was announced along with Toksvig as replacements for hosts Mel Giedroyc and Sue Perkins.

Hollywood was criticised when he decided to move with the ex-BBC programme, with fans saying that the show could be doomed.

The series was taken to Channel 4 by its former chief creative officer, Jay Hunt, who was later hired by Apple. 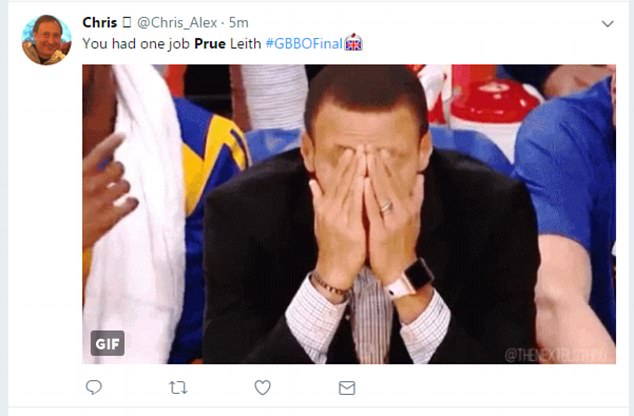 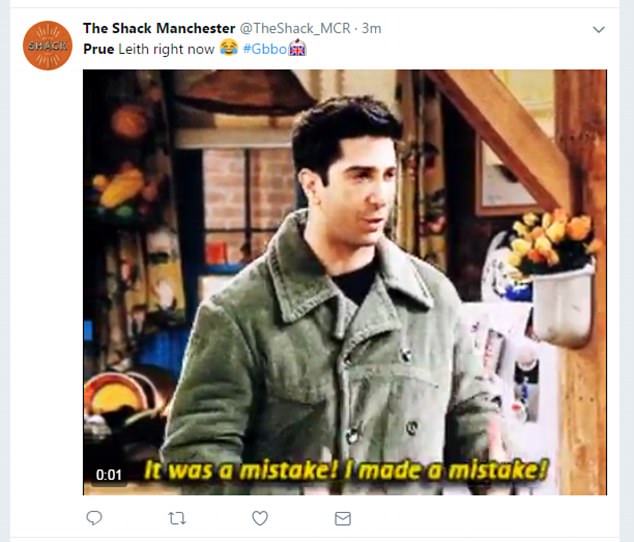 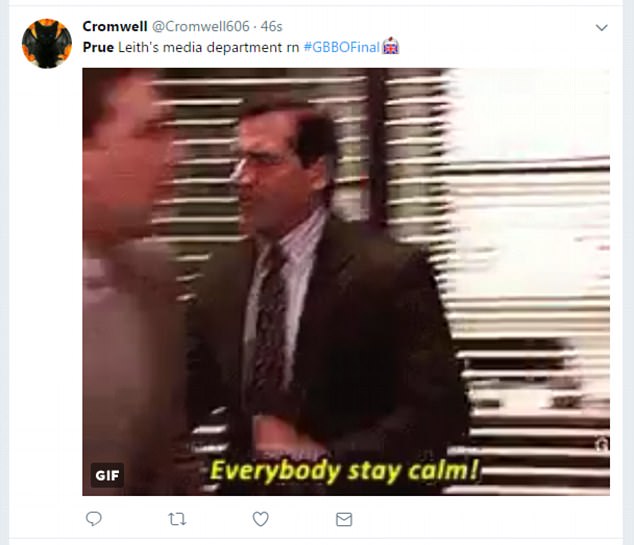 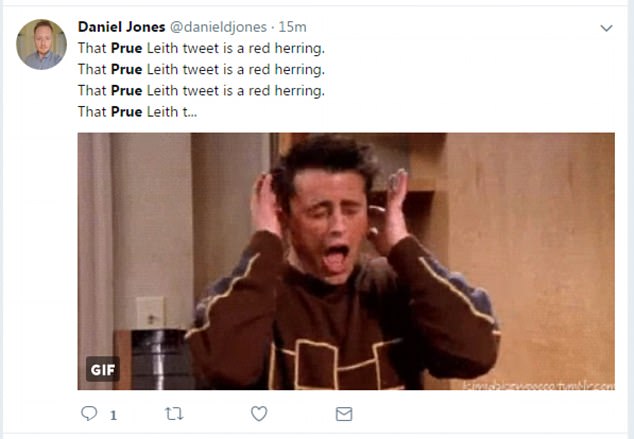 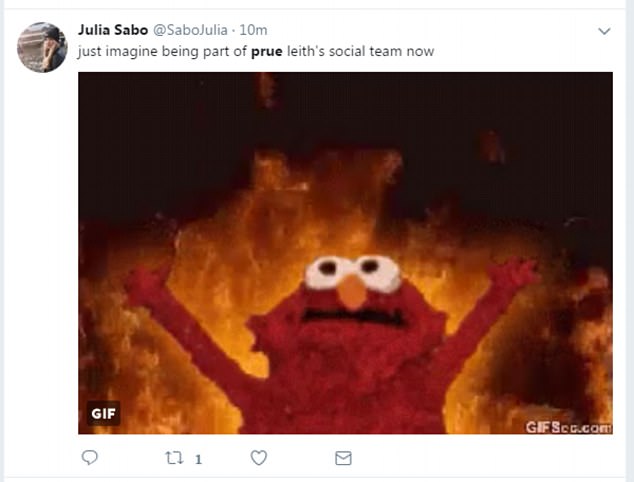 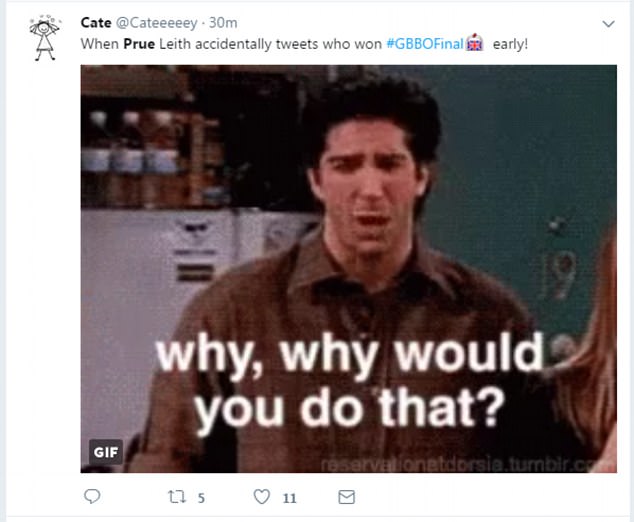 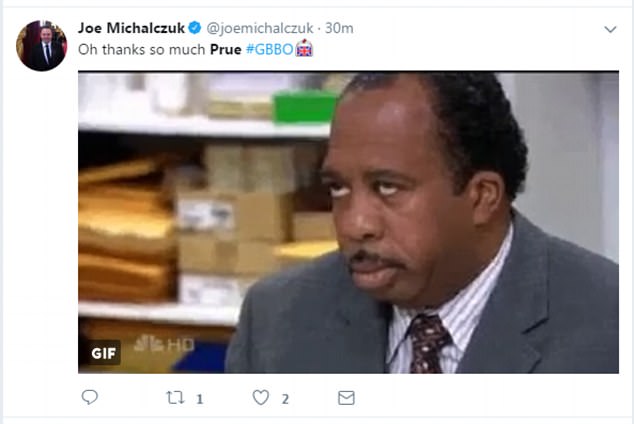 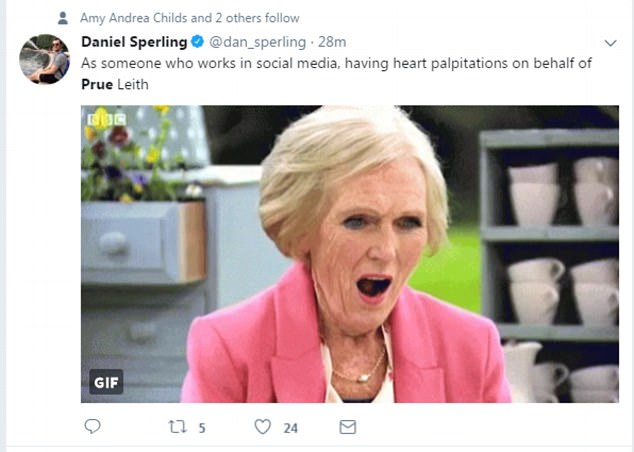 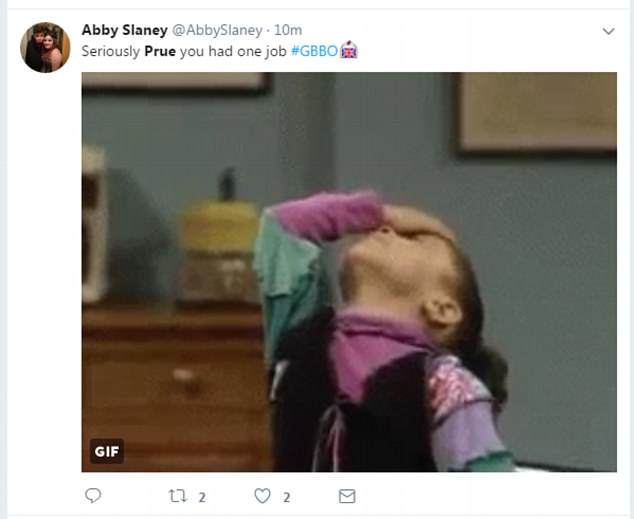 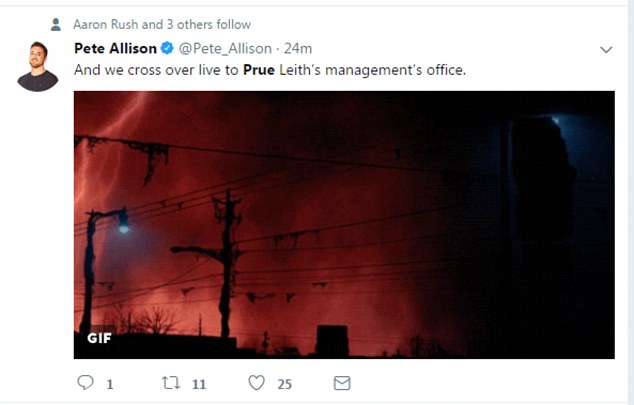 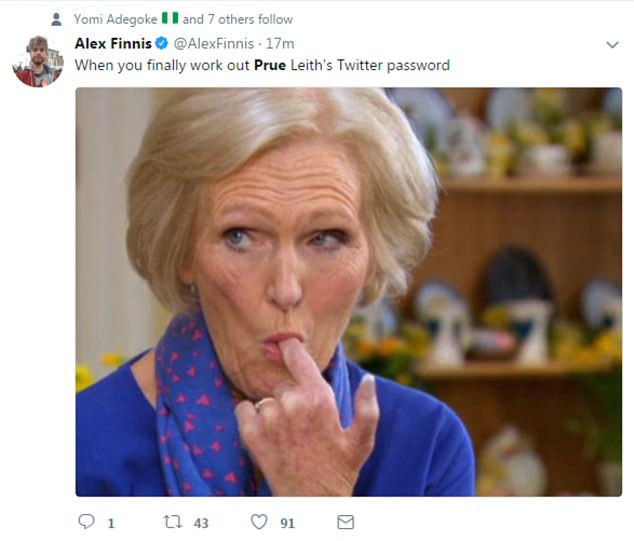 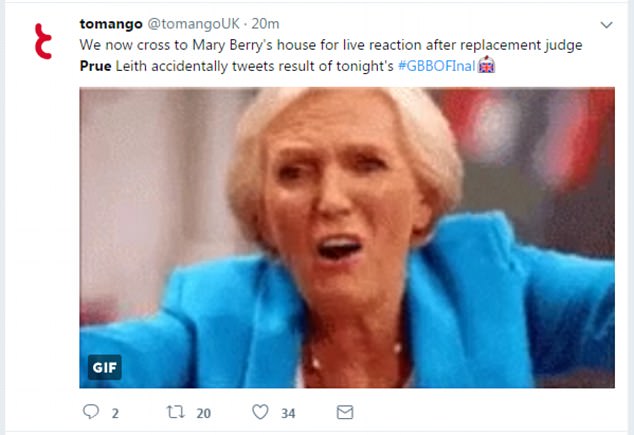