Getting The Great British Bake Off star Prue Leith to lead a review of hospital food hit controversy yesterday – after it emerged her son is a key aide to the Prime Minister.

The presenter of the hit cooking show’s son Danny Kruger is Mr Johnson’s political secretary – a key aide who acts as the Prime Minister’s troubleshooter.

Mr Kruger is the son of Prue and her late husband Rayne Kruger, who died in December 2002, aged 80.

He is a former speechwriter to David Cameron – he dreamt up the famous ‘hug a hoodie’ line and a member of a free-market think-tank, the Legatum Institute.

He has been described as ‘a passionate Christian’ who brought the Gospel to convicted criminals through the prisons charity Only Connect, which he founded, and is also a vocal supporter of legalisation of cannabis.

Like Mr Johnson, and his former boss Mr Cameron, Mr Kruger is an Old Etonian.

Mr Kruger’s ‘hug a hoodie’ line came back to bite him in 2008 when he and a friend tried to tackle a moped thief and was attacked, ‘with all the rage of Cain’ by a ‘rat faced boy’.

Mr Kruger said he still stood by the idea that love ‘is a crime fighting device’. 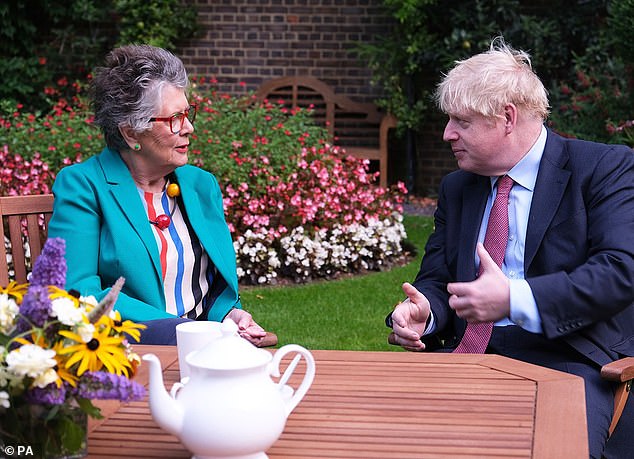 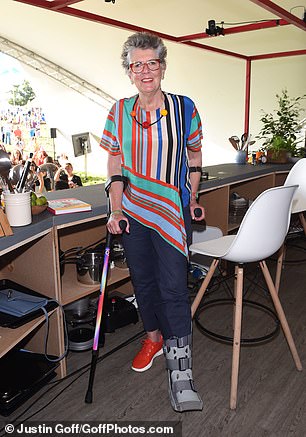 His Bake Off star mother will front a ‘root and branch’ review setting strict national standards following the deaths of six patients who had eaten NHS sandwiches and salads.

Yesterday she tweeted a series of disgusting-looking examples of hospital food and wrote: ‘A hospital meal should be a small highlight, a little pleasure and comfort, and it should help, not hinder, the patients recovery. I am thrilled to be an adviser on the hospital food review’.

Last night 10 Downing Street said: ‘Prue Leith is a well-known and respected expert in this field. Any family connection with staff in Downing Street is coincidental.’

But the connection was seized on by the Labour Party.

Lloyd Russell-Moyle, Labour MP for Brighton Kemptown said: ‘The Tory neglect and cuts to basics like hospital food has been a disgrace. The nutrition patients rely on has been privatised and cut to the bone. Just yesterday, the review was announced months after it was promised. Labour will bring this vital service back in house and end the privatisation rip off.

‘Now we learn the review is being carried out by the parent of one of Johnson’s closest advisers, meaning any sense of independence is called into question. You really can’t trust the Tories with the NHS’.

Mr Kruger, who stood down as a Tory candidate in 2005 under Michael Howard after he caused controversy commenting there should be a ‘period of creative destruction in the public services’.