‘He has made the decision that he wants to attend, in a safe way, the White House Correspondents’ Dinner to show his support, showcase his support for a free press,’ Psaki said Wednesday, noting the particular importance of reporters’ coverage of the COVID-19 pandemic and the war in Ukraine.

She continued that it was important to Biden to show, after former President Donald Trump skipped the media dinner during his one term.

‘That does stand in stark constrast to his predecessor, who not only questioned the legitimacy of the press on a nearly daily basis, but also never attended the dinner, I don’t believe,’ the press secretary added. ‘So he felt that was important and made a risk assessment to do that in consultation with his doctors and healthcare team.’

Psaki added that the president will take additional precautions including possibly wearing a mask when he wasn’t talking. Psaki – who has twice contracted COVID – said she’d also likely wear a mask.

‘And we also took steps, including the fact that he’s not attending for the eating portion of the dinner,’ Psaki said. ‘And he’ll be there for the program, which includes a number of speakers, the presentation of scholarships, as you know, and of course his speaking and his roasting – where he will be on the menu, as he likes to say – Trevor Noah is speaking.’

She added: ‘Just like anything it’s a risk assessment and decision he made on a personal basis.’

Psaki said Fauci’s decision deserved some privacy, as the 81-year-old chief medical expert told ABC News, the news organization that invited him, that he would not longer take the ticket due to his own personal risk of contracting COVID-19, CNN first reported.

Fauci attended the April 2 Gridiron Dinner, which turned into a superspreader event, with at least 80 of the approximately 630 attendees testing positive for COVID in its aftermath. 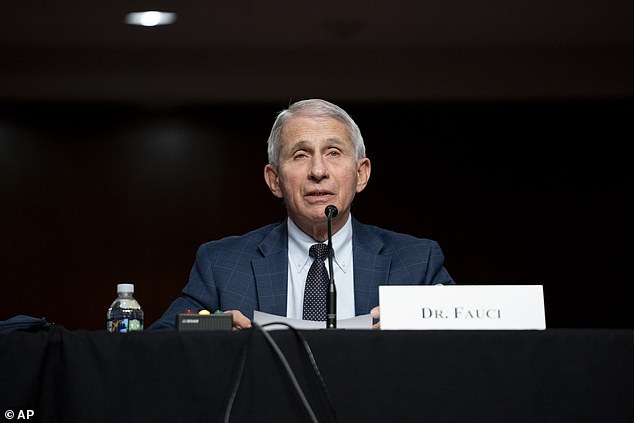 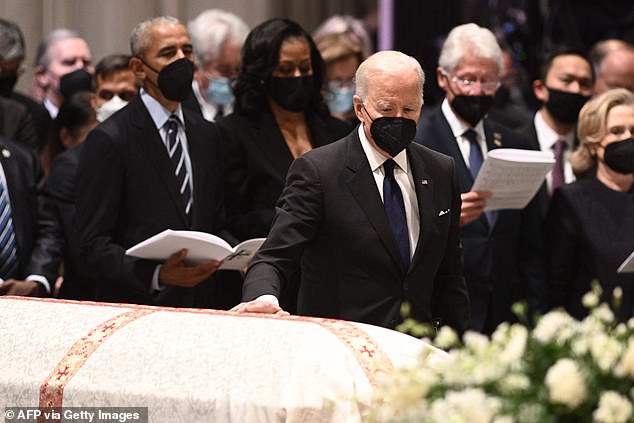 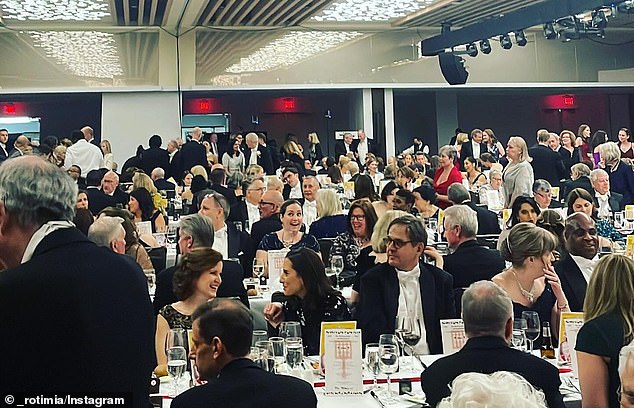 A picture of the packed ballroom at the April 2 Gridiron Dinner at the Renaissance Hotel in Washington, D.C. The Gridiron Dinner, which required guests to be vaccinated, turned into a superspreader event with 80 positive COVID cases reported in its aftermath

The White House Correspondents’ Association is going a step further than the Gridiron Club and requiring that guests take a COVID-19 test 24 hours before the dinner.

All guests must also be vaccinated or have a doctor’s excuse.

For the Gridiron Dinner, guests merely had to show their vaccination records.

Fauci was seated on the dais with Raimondo and Garland, but sat several seats away.

‘It’s possible the president could test positive,’ she added. 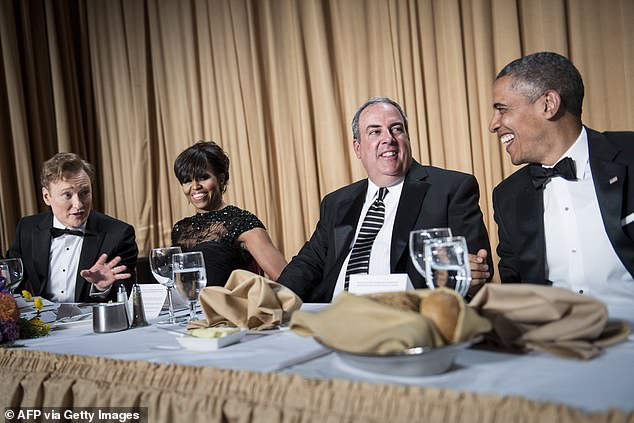 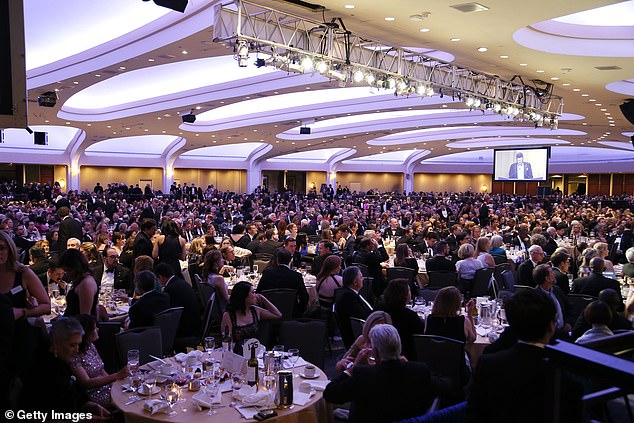 The White House Correspondents’ Dinner last took place in 2019 (pictured), with thousands packed into the ballroom of the Washington Hilton

Biden also attended the funeral Wednesday of the late Secretary of State Madeleine Albright and will travel to Minnesota Sunday for the funeral of the late Vice President Walter Mondale.

Earlier in the day, Vice President Kamala Harris’ office announced the vice president received a positive COVID test after her travels to California and is now in quarantine.

The White House Correspondents’ Dinner was last held in 2019.

Thousands of attendees dine in the ballroom of the Washington Hilton.

Traditionally the president gives a comedy bit – and then is roasted by a comedian.

Former President Donald Trump never attended during his tenure – but was famously picked on by then President Barack Obama while in the audience as a private citizen in 2011.

This year’s headliner is The Daily Show’s Trevor Noah.