Paris Saint-Germain took a giant step to qualifying for the knockout rounds of the Champions League as they edged out Liverpool.

Juan Bernat and Neymar both found the target to give the hosts a well deserved two-goal lead before James Milner restored some hope from the spot.

But it wasn’t to be as the French side stayed resilient to claim a vital three points. Sportsmail’s DOMINIC KING was on hand to assess the performances of both sets of players.

Thiago Silva – Might not hold the tag of the world’s best defender any longer but the quality is still there, as one brilliant tackle in the second half showed – 8 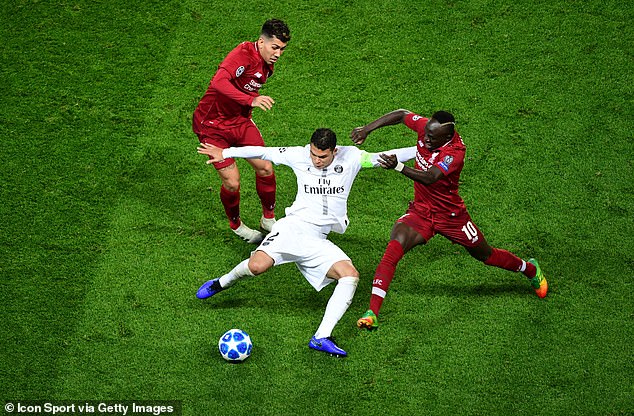 Prensel Kimpembe – One of the reasons that Firmino had such a quiet game was down to the Frenchman being so dominant and aggressive – 7.5

Juan Bernat – Popped up in an unexpected area to open the scoring, the left-back showing the touch and poise of a left-winger with a smart finish – 7.5

Marquinhos – Deployed by Tuchel to give balance and cover in midfield and, in the main, that is precisely what he did to protect the defence – 7 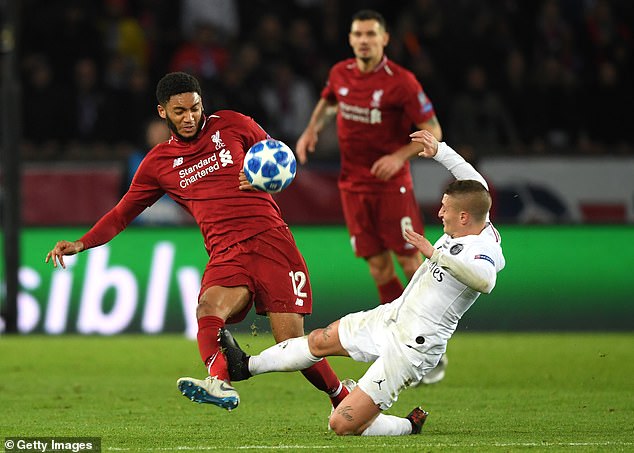 Kylian Mbappe – Could be an Olympic sprinter with those stunning changes of gear; showed why he is the best teenager in the world – 8.5

Neymar – He does things that leave you shaking your head in disbelief, for good and bad reasons; fine goal, depressing theatrics – 7

Angel Di Maria – Got a startling introduction into the game when Milner flattened him; his desperate lunge on Mane led to Liverpool’s penalty – 6.5 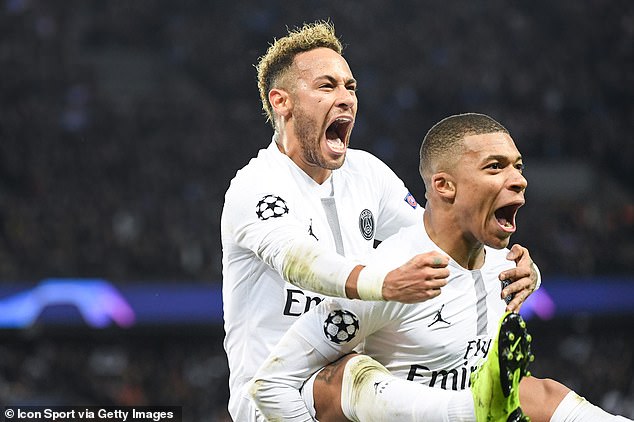 Thomas Tuchel – Had his team wound up from the first whistle and kept demanding that his forwards go wide to stretch the play, a tactic which brought much joy – 8

Alisson Becker – Strange to say after conceding two goals but this was arguably his best performance, as a series of big saves kept Liverpool in the game – 8

Joe Gomez – Chosen ahead of Trent Alexander-Arnold to give the defence solidity and hung in the contest after a difficult introduction – 6.5

Dejan Lovren – Enjoyed the challenge of squaring up to Cavani, was left trailing in Mbappe’s wake for PSG’s second goal – 6

Andy Robertson – One of his side’s better performers, sold Verratti a wonderful dummy, lost his temper when he clattered Neymar – 7

Jordan Henderson – Eager to make up for his red card at Watford, the captain was a composed figure but had his hands full with Verratti – 6

Gini Wijnaldum – Passes were off target, picked up an early booking and almost got himself another yellow card. No surprise when he was substituted – 5

Mohamed Salah – This was a snapshot of his season in 90 minutes. Sometimes good, sometimes bad, sometimes erratic but always willing to shoot – 6

Szymon Marcinak (Poland) – Quite why he needed assistance from his linesman to award Liverpool’s penalty was baffling, as it was a clear decision. Let some early challenges go but then was too eager to reach for his cards – 6