PSG announced the signing of Cameroon striker Eric Maxim Choupo-Moting moments before the end of the transfer window on a two-year contract from Stoke for £13.5million.

Choupo-Moting played under Tuchel for three seasons at German club Mainz from 2011-14.

He scored five goals in 32 games for Stoke but hasn’t played since their drop to the Championship.

The night’s other significant business saw Lyon finally seal the transfer of French striker Moussa Dembele from Celtic for a reported £22m.

Dembele, a quick 21-year-old forward, netted 51 times in 94 games for the Glasgow-based side.

‘We fought for two days and nights (to sign him),’ Lyon president Jean-Michel Aulas said on Canal Plus television. ‘He’s a young player determined to come to Lyon. The discussions with Celtic were blocked. We had to keep talking, to be forceful, to keep raising the offer.’ 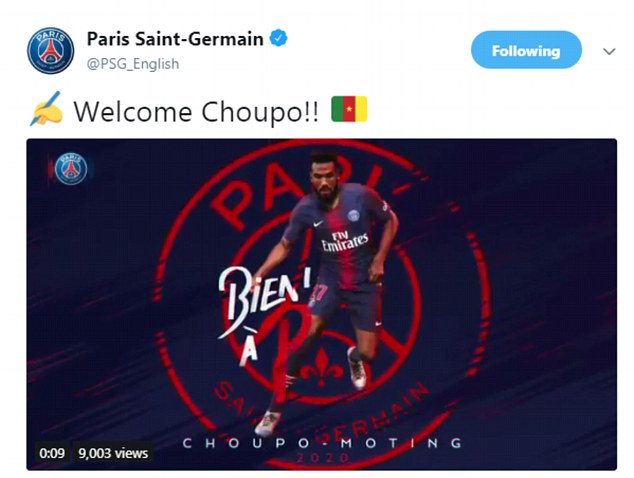 Choupo-Moting has signed for £13.5million for the French champions on a two-year contract

PSG was otherwise quiet, with the clear priority offloading players to generate income and lower its wage bill. PSG remains under investigation by UEFA for breach of Financial Fair Play rules after buying forwards Neymar and Kylian Mbappe for a combined 402 million euros last season.

Tuchel, even though he is only on a two-year contract, is clearly building for the future.

This month, PSG signed 21-year-old defender Thilo Kehrer from German club Schalke to a five-year contract. Others have made way to balance the books. 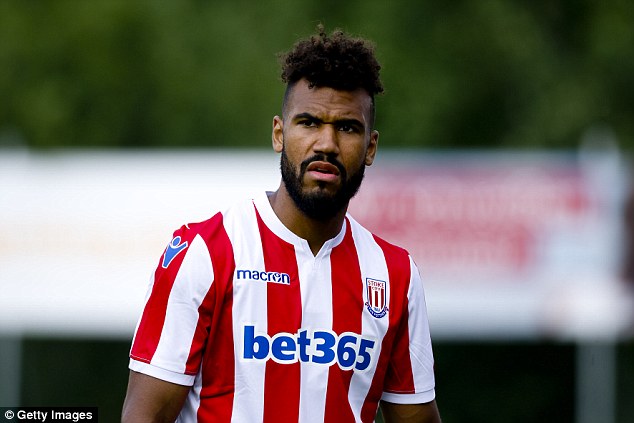 Third-choice goalkeeper Kevin Trapp was loaned on Friday to his German club Eintracht Frankfurt – which sold him to PSG in 2015 – the day after exciting winger Goncalo Guedes joined Spanish side Valencia for a reported 40 million euros with bonuses potentially increasing that to 57 million euros.