‘After the World Cup, we will sit down together’: PSG president Nasser Al-Khelaifi is confident Lionel Messi is ‘happy’ in Paris and will stay beyond the end of the season amid links MLS side Inter Miami

PSG president Nasser Al-Khelaifi is confident that Lionel Messi is ‘happy’ in Paris and will stay beyond the end of the season amid links to MLS side Inter Miami.

Messi has enjoyed a fine season in Ligue 1 and has helped guide Argentina to the quarter-finals of the World Cup where he will lead his side out against Holland later today.

The seven-time Ballon d’Or winner has been heavily linked with a shock move to David Beckham’s Inter Miami – with his PSG contract due to expire in the summer. 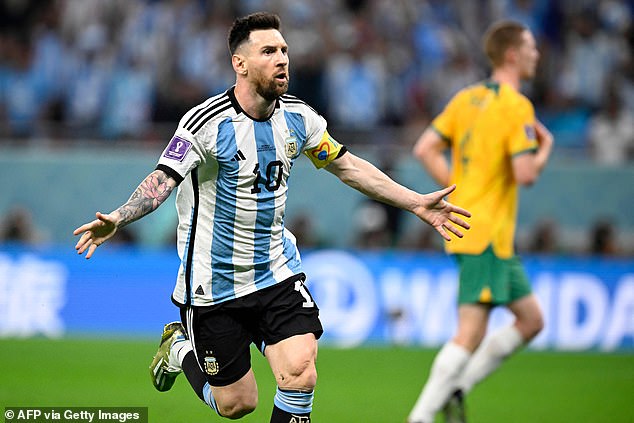 But, Al-Khelaifi tried to quell any speculation, insisting the Argentinian is content in the French capital.

When the PSG president was asked whether Messi would like to stay at the club, he told Sky Sports: ‘Definitely. He’s very happy, you can see that with the national team. If a player’s not happy you will see their performance not good for the national team.

‘He performed fantastic this season for us, he’s scored a lot of goals and assists for the national team and for the club.

The 35-year-old has netted seven times in 13 Ligue 1 appearances, while also racking up four in five in the Champions League. 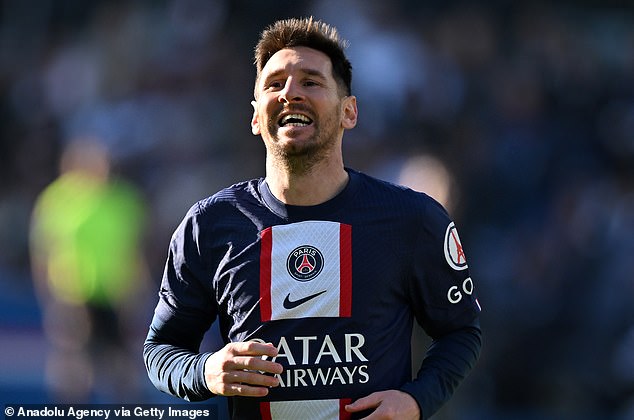 He has also played a major part in Argentina’s World Cup campaign, scoring in wins against Mexico and Australia and also in their infamous loss to Saudi Arabia.

Last month, it was understood that Messi was keen on a move to Miami and the star – who is currently understood to be on a salary of around £1.2m-a-week – would take a pay cut at the Florida franchise.

However, he would be by far the top earner the game in America has ever seen.

In a tell-all interview, Al-Khelaifi also revealed that PSG have made a move for Manchester United’s Marcus Rashford.

The in-form forward is out of contract in the summer and Al-Khelaifi believes there will be plenty of clubs racing to get his signature should he become a free agent. 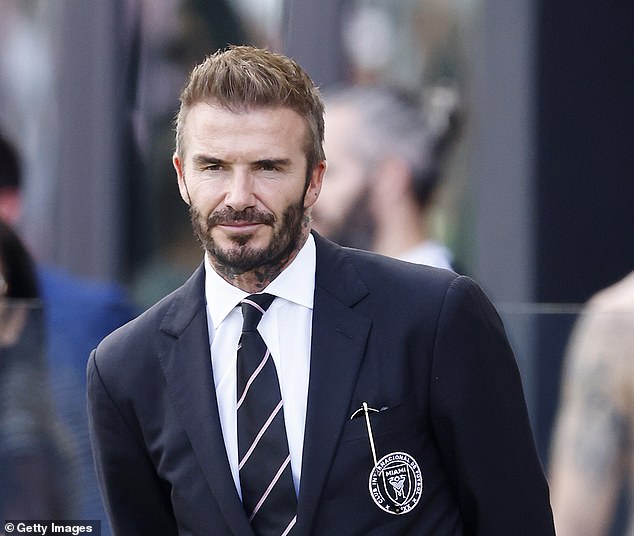 Last month, it was understood that Messi was keen on a move to Beckham’s side and would even take a pay cut

‘We’re not hiding it, we spoke before and… interest,’ he said. ‘But the moment was not a good moment for both sides. Maybe, summer, why not?’

One man that Al-Khelaifi ruled out signing was Cristiano Ronaldo. Al-Khelaifi said it would be ‘impossible’ considering that the club have his position filled already with several superstars including the likes of Messi, Neymar and Kylian Mbappe.

Mbappe had been linked with a move away to Real Madrid this year but the French star signed a new deal with the club until 2025.