Neymar will miss half of Paris Saint-Germain’s group games in next year’s Champions League after being handed a three-match ban by UEFA.

The Brazilian superstar wrote ‘Go f*** yourselves’ on social media after the controversial VAR decision to award Manchester United a last minute penalty in their last-16 tie in March.

PSG bowed out on away goals after a surprise 3-1 defeat in Paris when Marcus Rashford converted from the spot after Presnel Kimpembe was adjudged to have handled in the area. 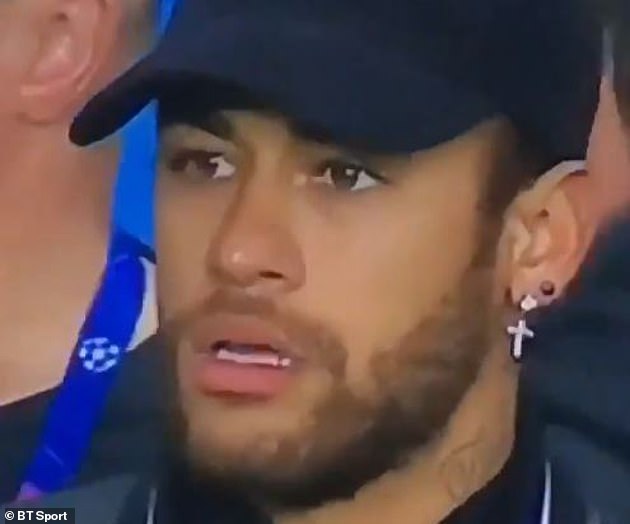 Neymar wrote in an Instagram story: ‘This is a disgrace, they put four people that know nothing about football in charge of looking at the replay for VAR.

A UEFA statement declared: ‘The CEDB has decided to suspend the Paris Saint-Germain player Neymar Junior for three (3) UEFA competition matches for which he would be otherwise eligible, for insulting match officials.’

Neymar missed the game through injury and had to watch from the sidelines as PSG collapsed to defeat, having won the first leg 2-0 at Old Trafford in February.

He was seen watching on in horror as his side became the first to lose a Champions League knockout tie having won by two goals away from home in the first leg. 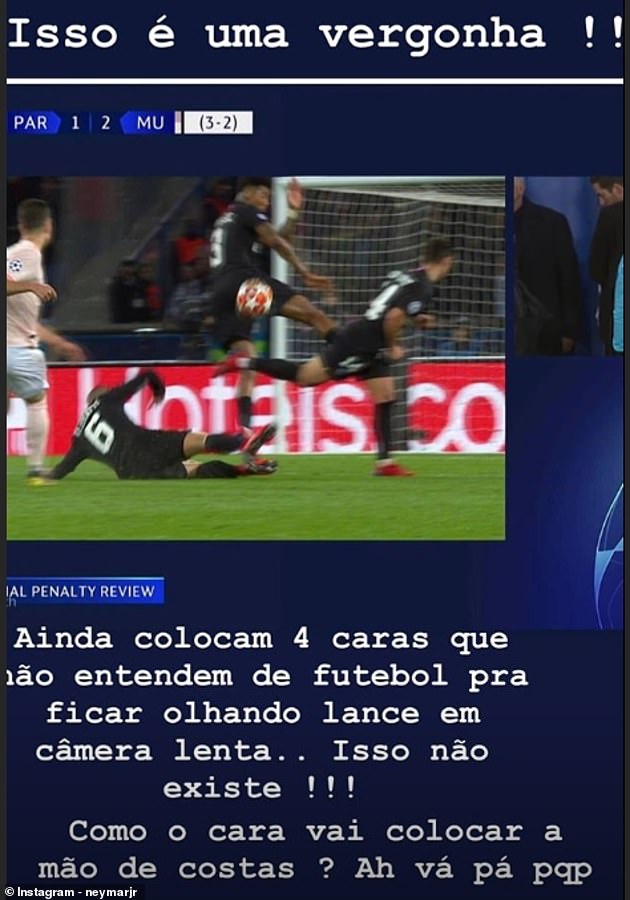 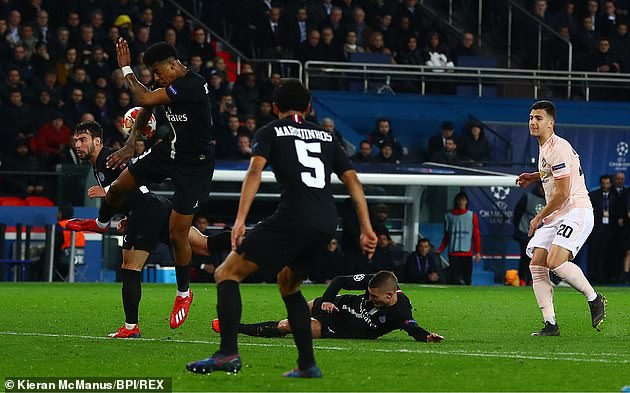