PSG to play next European home game with reduced capacity

Paris Saint-Germain have been hit with a partial stadium closure for their next European home match as a result of crowd incidents during their Champions League defeat by Real Madrid this month.

UEFA has ruled that the North Stand of the Parc des Princes must be closed for one match and PSG fined 43,000 euros (£37,000) after opening disciplinary charges against the French club following the last-16 second leg with holders Madrid.

Among the charges against PSG were the setting off of fireworks, the use of a laser pointer and the blocking of stairways during the match in Paris on March 6.

A UEFA statement on Thursday read: ‘The CEDB (control, ethics and disciplinary body) has decided to order the closure of the North Stand of the Paris St Germain Stadium during the next UEFA competition match in which Paris St Germain would play as the host club.’

That punishment is not set to take effect until next season at the earliest, with PSG having been knocked out of the Champions League by Madrid 5-2 on aggregate. 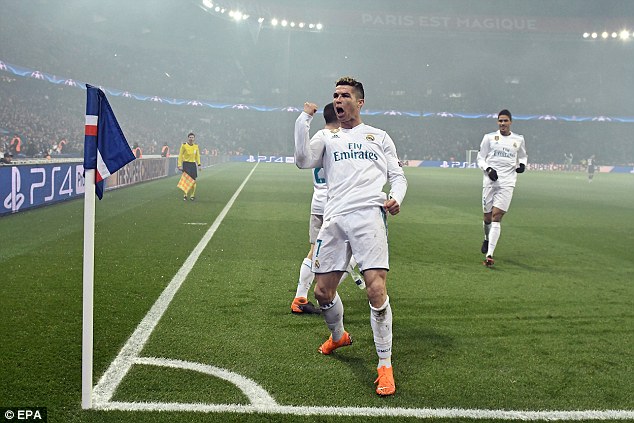 Meanwhile, fellow French team Marseille have been fined 30,000 euros (£26,000) and banned from selling tickets to their supporters for the club’s next two European away matches.

The second of those match bans is suspended for a probationary period of two years, but the first will be in force for Marseille’s Europa League quarter-final match with RB Leipzig in Germany on April 5.

The punishment comes after Marseille were hit with three charges – crowd disturbances, setting off of fireworks and throwing of objects – following their March 15 Europa League clash with Athletic Bilbao in Spain.