The author Vladimir Nabokov was almost driven to suicide by psoriasis, a new study has claimed.

The American-Russian writer, best known for his 1955 novel Lolita, reportedly suffered from the common skin condition for decades.

Although it isn’t talked about in his novels, Nabokov mentioned the sore and itchy illness in letters to his wife, Vera, between 1923 and 1977 – the year he died.

He describes grim images of bloody underwear, insomnia and flakes of his skin falling from his body onto the carpet.

In 1937 he said ‘I’d reached the border of suicide’, admitting he was convinced he was losing his mind.

Vladimir Nabokov, who lived from 1899 to 1977 (pictured in 1951), suffered with psoriasis for decades and detailed the frustration and embarrassment he felt in regular letters to his wife, Vera 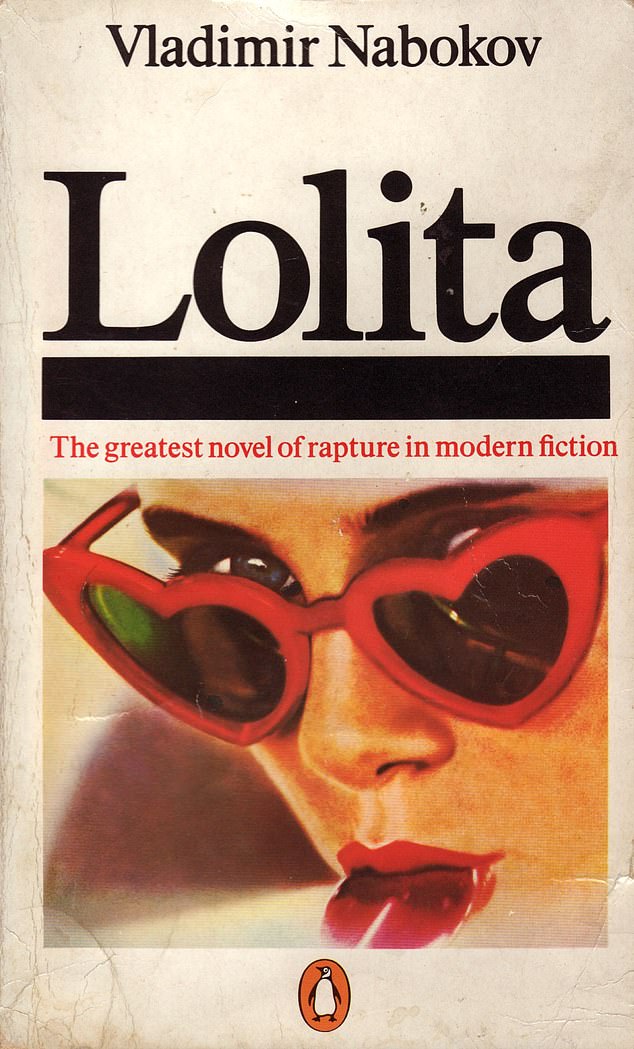 Nabokov’s most famous work is the novel Lolita, written in 1955, in which a professor called Humbert Humbert falls in love with a 12-year-old girl

Researchers from the Hôpitaux de Paris in France studied Nabokov’s letters and suggest he had particularly bad psoriasis that damaged his mental health.

The incurable condition, which affects around one in 50 people,is caused by the immune system malfunctioning and produces patches of dry, scaly and red skin.

These areas can be very flaky and crusty and may be particularly sore and itchy.

When Nabokov was alive psychodermatology – study of the mental impacts of skin conditions – did not even exist, but it is well established now.

Past research shows between 10 and 58 per cent of people with psoriasis are depressed because of it, and between 2.5 and 7.2 per cent suffer suicidal thoughts.

Nabokov wrote in 1937: ‘I’m so tortured by my [psoriasis] now I can tell you straight that […], I’d reached the border of suicide’.

Nabokov’s psoriasis made him extremely itchy, causing insomnia and worsening his mood, something which is not uncommon among people with psoriasis.

He wrote: ‘I don’t sleep at night because of its furious itchy – and this greatly affects my mood. Sometimes I simply thought I was losing my mind.’

Psoriasis is an autoimmune condition that affects the skin and sometimes the joints.

Around two per cent of people in the US and UK suffer from the condition.

Psoriasis occurs when a person’s skin replacement process takes place within days rather than the usual 21-to-28 days.

The accumulation of skin cells builds up to form raised plaques, which can be flaky, scaly and itchy.

Psoriasis arthritis can occur in the joints near affected skin, causing them to become tender, swollen and stiff.

Anyone can suffer, but psoriasis is more common in people in their late teens-to-early 30s or those between the ages of 50 and 60.

Psoriasis’ cause is unclear. Flare-ups can be triggered by stress, skin injury, hormonal changes and certain medications.

It is not contagious and there is no cure.

He wrote of ‘constant thoughts about my bloody underwear, blotchy mug and the scales pouring down on the carpet’.

In a letter published in the British Journal of Dermatology, researchers suggested a particularly severe flare-up of psoriasis may have been linked to the stress of cheating on his wife.

They add his letters give a useful insight into the psychological effects of psoriasis, improving doctors’ ability to treat patients with severe forms of condition.

‘Nabokov’s psoriasis is known about, but the psychological impact of his condition is not discussed enough,’ said Dr Laurie Rousset, one of the researchers.

‘His letters paint a vivid picture of a man who was often tormented by the symptoms, social anxiety, and who struggled with shame.

‘Nabokov’s experiences highlight how important it is that patients feel in control of their condition and are happy with their treatments.’

Daragh Rogerson of the British Association of Dermatologists added: ‘Treatments for psoriasis have come a long way since Nabokov’s time, as has the availability of psychological support.

‘The itching, the insomnia, and the emotional toil of the condition are still common themes raised by patients.

‘This is one of the reasons why we launched our support website, Skin Support.

‘I hope this powerful testimony will highlight to both doctors and patients the importance of managing the mental aspects of this condition, as well as the physical.’