Tim Clamp, 60, had a flashback when he was waiting at a petrol station near Gatwick North. He is pictured on September 3, 2014, outside the Blood Swept Lands and Seas of Red display at the Tower of London

A Gulf War veteran with PTSD was fined for overstaying by 20 minutes in a parking space while recovering from a flashback before having his appeal rejected despite providing medical evidence for his condition.

Tim Clamp, 60, had parked his Ford taxi at Gatwick North Shell petrol station while waiting to pick up a customer when a minor argument with another motorist sparked a ‘very distressing’ mental episode that left him immobilised.

After he recovered, the ex-Royal Navy officer and Sussex Police crime investigator explained what had happened to a shop assistant before driving off and ‘blanking’ the incident from his mind.

But five days later, on September 8, he received a letter from Euro Car Parks demanding £100 because he had overstayed the 20-minute maximum time by arriving at 7.51pm and leaving at 8.33.

Mr Clamp, from Storrington in West Sussex, wrote to the firm with evidence of his clinically-diagnosed chronic post-traumatic stress disorder but had the appeal rejected because he had not formally provided the information on the day.

The decision prompted his local MP to write to the chief executive of Euro Car Parks, which on January 12 increased the fine to £160 and threatened to take Mr Clamp to court if he did not pay up.

Another appeal to the parking appeals service, POPLA, was turned down after officials said it was not in their remit to rule on ‘mitigating circumstances’. 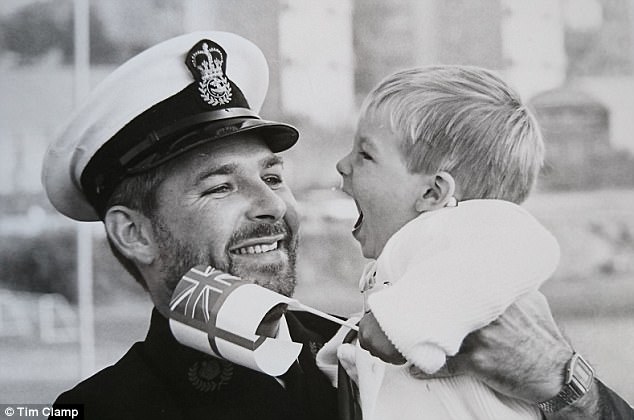 Mr Clamp received a penalty charge notice from Euro Car Parks for overstaying in a 20-minute maximum stay space. His is pictured embracing his son, David, on the deck of HMS Hecla after returning from the Gulf War in September 1991

Mr Clamp’s flashback was to a time during the Gulf War when the chemical alarms aboard his ship sounded, indicating a possibly catastrophic incident.

He told MailOnline: ‘I was absolutely staggered at Euro Car Park’s lack of decency which fell below what I, perhaps naively, expected as a wounded veteran.

‘When I received the penalty charge notice I resolved to be open and explain my medical background so expected some empathy and acceptance but my words fell on deaf ears.

‘I have pursued my case because if people are roughing over me that shows what sort of attitudes other wounded veterans are having to try and deal with.’

Nick Herbert, MP for Arundel and the South Downs, told MailOnline: ‘I think we need to be far more sensitive to the issues faced by veterans with PTSD, and I’ve asked the Chief Executive of Euro Car Parks to review their decision.

‘Any fair-minded person can see that this brief overstay wasn’t Tim’s fault and appreciate the reasons why it happened. The company should do the decent thing and cancel the charge.’ 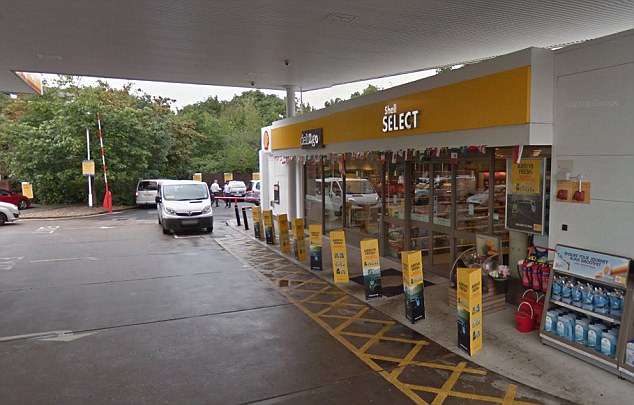 Mr Clamp told MailOnline: ‘I was absolutely staggered at Euro Car Park’s lack of decency which fell below what I, perhaps naively, expected as a wounded veteran.’ Pictured: The Shell petrol station where he was fined, where the parking is controlled by Euro Car Parks

Mr Clamp served with the Royal Navy for 23 years, joining as a junior radio operator and leaving as a master-at-arms in the Naval Police.

During the Gulf War, he spent three months on active service in the Persian Gulf from January to March 1991 aboard the command ship HMS Hecla.

He had a mental breakdown a year after returning and retired from the Royal Navy in November 1997, before becoming a security officer for P&O cruises. 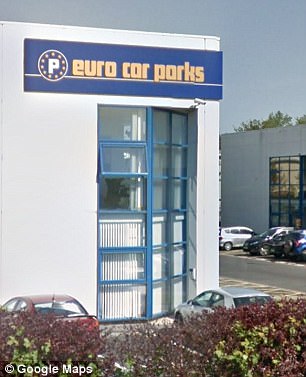 Nick Herbert, MP for Arundel and the South Downs, told MailOnline that it was clear the brief over stay ‘was not Tim’s fault’ and called on Euro Car Parks to withdraw the fine. File photo of the firm’s headquarters in Ireland

Mr Clamp’s PTSD led to another breakdown in March 1999 and the stress the condition put on his marriage prompted a divorce from his wife, with whom he had three children, in 2000.

His new job as a call advisor for Sussex Police was interrupted by further breakdowns. He tried private hydrotherapy treatment, which he said was ‘semi-successful’ but gave him a ‘false sense of confidence’ that he could cope.

Mr Clamp heard about the treatment offered by Combat Stress in 2010, but chose not to seek their help because he felt young casualties from Iraq and Afghanistan were more in need.

He suffered another breakdown in April 2014 and began treatment with the charity in early 2015 after it urged him to accept their help.

He met his second wife, Wendy, in 2002, and married her in February 2012. They have six children, three from each of their previous marriages, and four grandchildren from Wendy’s two daughters.

Mr Clamp said he still suffers from occasional flashbacks caused by his PTSD, but is thankful that the treatment he has received has allowed him to manage the condition.

‘Now I’ve had treatment from this wonderful charity, I understand my PTSD more – as does my family – after many years of struggling on my own,’ he said.

‘I try to move on from what it has done to my children and my ex-wife, but I am happily married now and in semi-retirement.

‘For many years looking at the photo of me with my son, David, made me weep with frustration and incomprehension at what lay behind my eyes and in my mind. Now I can look at it with just joy.’

‘Post-traumatic stress disorder can be a debilitating condition, with symptoms worsened by a stressful environment.

‘For veterans with post-traumatic stress disorder, the heightened security around airports can trigger difficult, traumatic memories.

‘This results in the veteran feeling they’re in a fight or flight mode as they prepare to face imagined danger, and makes them more at risk of experiencing a flashback.

‘Car parks can have a similar effect, with former servicemen and women finding them stressful places, especially those whose military training involved checking vehicles for risks such as bombs.

‘We know that car-related incidents trigger veterans’ anger and anxiety, so a trip to the airport can be very provoking for many of the veterans we work with.’

Euro Car Parks, an Ireland-based firm with an office in Marylebone, London, was founded in 1976 and manages more than 1,000 car parks across the UK, Ireland and Europe.

The company has not responded to numerous requests for comment. Shell declined to comment when contacted today.