Drinkers could be left paying £10 a pint if pubs passed all price rises to consumers, a brewery boss warned today.

Charlene Lyons, CEO of Black Sheep Brewery in Masham, North Yorkshire, spoke as ministers announced energy support for businesses would be cut from April 1 – which industry bosses said would land businesses with a £4.5billion hike in bills.

Ms Lyons said that the sector was suffering from sharply rising costs with or without the scheme, with brewers like hers forced to absorb many of the price rises.

The price of a pint could be as much as £10 if all costs were passed on to consumers, a brewery boss warned today

Ministers last night announced a new £5.5 billion package of discounts for companies, charities and schools lasting for a year until the end of March 2024.

A typical pub can expect a taxpayer-funded discount of up to £2,300 over 12 months, and a small shop can expect up to £400 off their annual energy bill, the Government said.

Energy-intensive industries will get more generous support lasting beyond April 2024, meaning a typical medium-sized manufacturer could expect to save £700,000 over 12 months.

But the package is around six times less generous than the help in place today, which is expected to cost the taxpayer £18billion between October and March.

She said: ‘While I’m relieved the Chancellor has listened to UKHospitality’s concerns and extended the scheme as a whole, the absence of a sector-specific package that helps vulnerable sectors like hospitality will still result in higher bills. 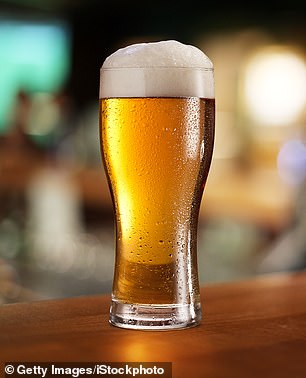 ‘Our analysis shows the new, lower level of support will see a total £4.5bn hike in bills for the sector compared to the previous scheme. This will simply be unsustainable for many.’

Ms Lyons said Black Sheep Brewery would receive more generous help due to its status as an energy intensive business, although the chain’s five pubs would lose out.

But she added: ‘Let’s be absolutely clear, even the benefit for high-energy usage businesses still isn’t a great offer.

‘You’re talking about the best part of a £200,000 increase in energy bills per annum. And that’s not sustainable for businesses, including our own.’

Business Secretary Grant Shapps today defended the scaling back of support for businesses with their energy bills, saying a ‘responsible government has to make those difficult choices’.

When it was put to him that companies having to put up prices as a result of the move would not counter inflation, the Business Secretary told LBC Radio: ‘It’s fair to acknowledge that when you do anything, make any of these policy decisions, you’re always balancing an array of often quite difficult choices.

‘In this case, more borrowing and more tax against supporting businesses and what the Chancellor’s tried to do is balance both of those things.

‘What I am saying is a responsible government has to make those difficult choices between do you put up tax, do you run the risk of higher mortgage rates and loan rates for businesses – we saw what happened with that before – or do you kind of ease back to a normal situation where governments don’t normally intervene and support energy bills.’

The Government has already announced that the energy help offered to households will be downgraded from April, with bills for an average household capped at £3,000, up from £2,500 currently.

An unusually warm winter across Europe and reduced demand for energy in China, which has been hit with another wave of coronavirus, has led to a fall in wholesale prices.

This means that under current estimates gas and electricity bills are expected to be just over £2,800 per year for the average household from July. 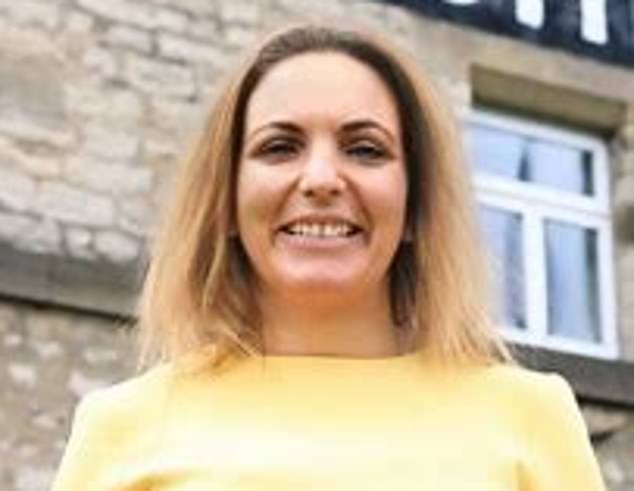 Charlene Lyons, CEO of Black Sheep Brewery in Masham, North Yorkshire, said: ‘If we were to push all the price increases over to the consumer – energy, input costs like raw materials, everything – over to the consumer you’d be talking about charging over £10 a pint which is clearly not sustainable’

Chancellor Jeremy Hunt said: ‘Wholesale energy prices are falling and have now gone back to levels just before Putin’s invasion of Ukraine.

‘But to provide reassurance against the risk of prices rising again we are launching the new Energy Bills Discount Scheme, giving businesses the certainty they need to plan ahead.’

Emma McClarkin, chief executive of the British Beer and Pub Association. added: ‘We are very disappointed. Significant price increases will be the last straw for businesses who have been struggling for three years to remain solvent and serving their communities.’

Martin McTague, national chairman of the Federation of Small Businesses, said the move to slash Government support was a ‘huge disappointment’ for small firms.

He said: ‘Many small firms will not be able to survive on the pennies provided through the new version of the scheme.

‘This is so out of touch. Two pence off a kWh of electricity and half a pence of gas is totally insignificant for small businesses, despite costing billions to the taxpayer. The Government will inevitably have to come back.’