Staff and management at the pub where a woman died during a lamington eating contest have broken their silence a day after the incident.

The woman, in her 60s, was taking part in the Australia Day competition at The Beach House Hotel in Hervey Bay, Queensland, when tragedy struck at about 2pm.

Queensland Ambulance Service told Daily Mail Australia the woman had a seizure before choking on the lamington, causing her to stop breathing.

She died at Hervey Bay Hospital.

The pub’s management took to Facebook on Monday to offer condolences to the victim’s family. 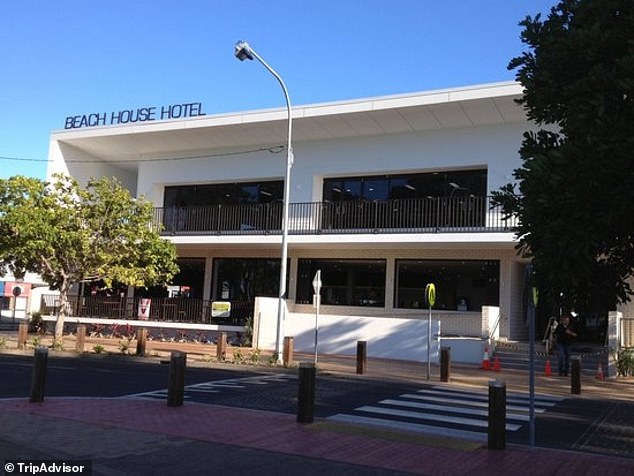 The woman, aged in her 60s, was taking part in the lamington eating contest at The Beach House Hotel when she had a seizure which caused her to choke on a lamington and die

‘The management and staff of the Beach House Hotel offer our deepest condolences to the friends and family of one of our patrons following the tragic event at our venue on Australia Day,’ the post read.

‘We acknowledge and thank our supportive patrons, staff, and the Queensland Ambulance Service for their prompt and professional response while this tragic incident was unfolding.’

The bakery which provided the lamingtons and pies for the eating contest, the Top of the Bay Bakery, also extended condolences online.

‘We are deeply saddened by the tragic incident at the beachouse hotel yesterday. Our heartfelt condolences go out to the family,’ the post read.

A pub-goer who witnessed the incident said it was a ‘very sad day’ for the community. 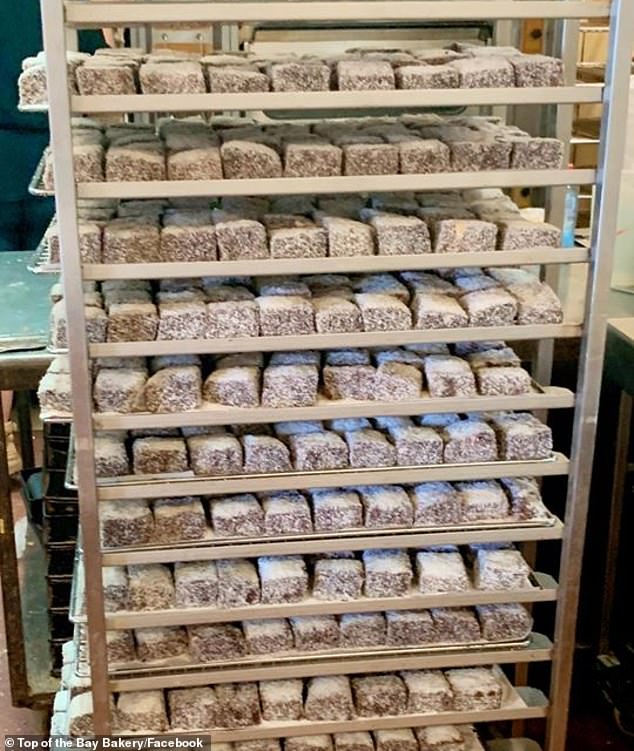 ‘Sadly a lady died during the lamington eating competition,’ she wrote on Facebook.

‘This lady shovelled the lamington into her mouth with no restraint… inhaled the coconut and arrested.

‘The pub was very quick to respond with CPR, and the ambulance rocked up… working on her for over half an hour. It didn’t look good.’

Another witness told The Courier Mail she was filming the competition for her friend when the incident unfolded.

‘I was filming and just as my friend finished I noticed she was dribbling so I rang 000 as she fell to the ground. I was talking to 000 until they arrived,’ she said.

The witness said a manager and a security worked on the woman until paramedics arrived. 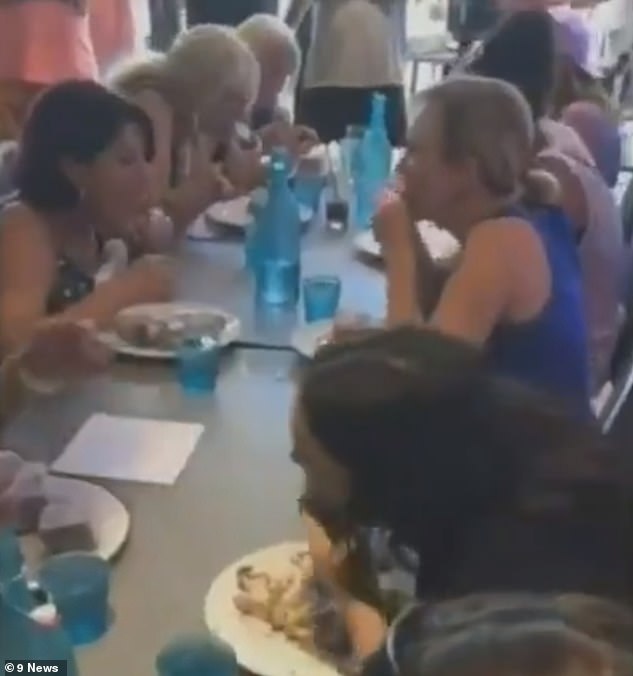 ‘They put a sheet up around her and worked on her for at least another half an hour,’ she said.

‘They shocked her a few times and were still doing CPR as they took her out about 30 to 40 minutes later.’

A third witness, Michelle Iffland, said the woman was happy and smiling before the incident.

‘One of the saddest things I have ever witnessed,’ she wrote.

‘I’m so sad right now. One minute she was happy the next she was gone.’

The hotel’s annual Australia Day festivities also included a pie eating competition, a thong-throwing contest and prizes for being best-dressed.

The competitions were in conjunction with the local Top of the Bay Bakery, which could not be reached for comment. 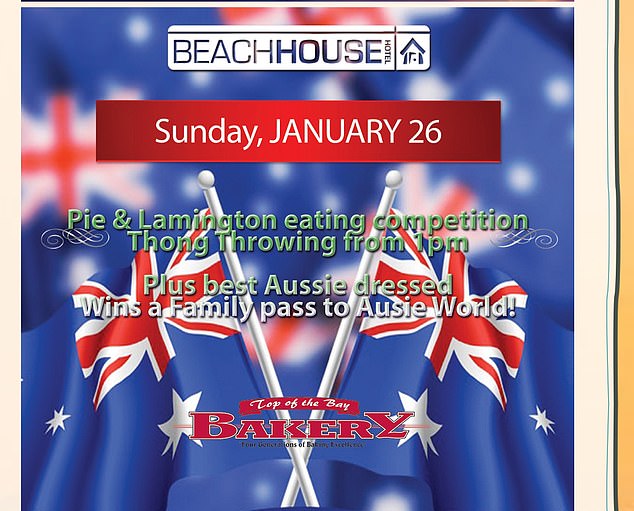 The pub had been advertising the event for a few days, and posted this on its Facebook page